On the wings of the dragon: new armored vehicles expand the product line of the Turkish company Nurol 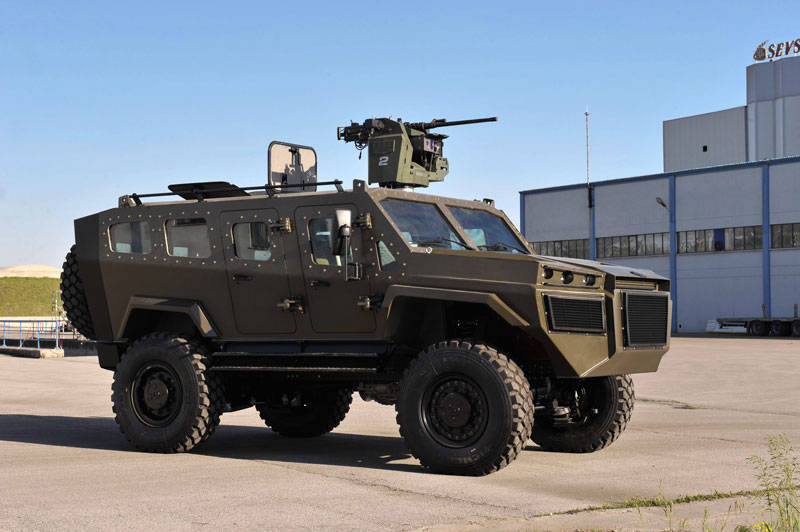 Armored car Ejder 4x4 has a crew of two people and can carry up to seven people landing. It can be installed a variety of weapons. The photo shows a machine with the installation of SARP Aselsan, armed with .50-cal. machine gun M2 HB

The Turkish company Nurol Makina Ve Sanayi AS has expanded its line of wheeled armored vehicles, it introduced the newest version of Ejder 4x4 (Dragon).

Last year, Nurol Makina began developing Ejder 4x4 armored vehicles with its own funds, seeking to combine high levels of protection and a machine capable of performing a wide range of combat and internal security tasks in rural and urban areas. This functional flexibility is provided by the relatively high carrying capacity of the machine, equal to 4 tons.

Nurol Makina has already signed a contract to supply the Turkish police with a consignment of Ejder cars, the first deliveries are scheduled for the end of 2013.

Ejder has a V-shaped all-welded monocoque steel body with flat sides for easy installation of hinged armor, including lattice screens of various types.

Wherever possible, the machine uses standard commercial subsystems, including the Cummins engine and Allison automatic transmission. All this is done in order to reduce costs over the service life and simplify operation and maintenance.

The diesel engine is installed in a protected compartment in front of the machine, and the fully protected crew compartment occupies the entire aft part. Economical engine develops power 300 HP at 2100 rpm, which allows you to accelerate the 14-ton car to 110 km / h; power reserve with this engine is 600 km.

Transverse and longitudinal differential locking mechanisms are standard and are controlled while driving from the dashboard.

According to the company Nurol Makina, the Ejder machine has the largest internal volume in its class, while it is possible to change the location of the seats, depending on the task. However, the standard layout, as a rule, consists of a driver and a commander sitting in front, an arrow and six paratroopers in the rear. The latter sit on three people from each side, facing each other. In order to increase survivability, the entire crew sits on explosion-proof seats with a floating base.

In the configuration for internal troops, the machine has two doors opening forwards on the sides and a large door in the stern, which can be replaced if necessary with a power-operated ramp. Also on the roof there are three hatches, one in front for the shooter and the other two behind for emergency escape of the car.

To increase mobility on rough terrain, a fully independent suspension is installed with lower / upper wishbones and coil springs and hydraulic shock absorbers in each wheel arch. The central tire inflation system is installed as standard along with pro-box inserts and devices that exclude wheel rasbortovka.

An armament complex depends on a combat mission, but may include a protected or remotely controlled combat module. The machine, shown in May 2013, was installed by the newly developed stabilized remote-controlled SARP module (Stabilized Advanced Remote Weapon Platform) from Aselsan, which can be armed with 7,62-mm or .50-cal. machine gun, or 40-mm automatic grenade launcher. 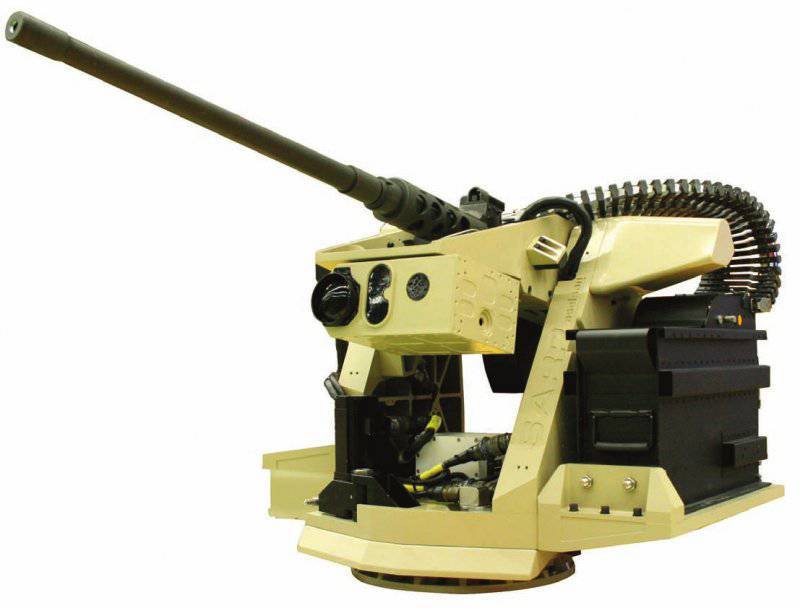 As usual, there are a number of options, including groups of smoke grenade installations, a fire detection and fire extinguishing system, day / night vision equipment, and an electric or hydraulic winch installed in front.

Ejder development began in the 2006 year, and the first prototype was completed at the beginning of the 2007 year. Already at the end of 2007, Georgia issued a contract for 70 Ejder vehicles in the basic configuration of the BTR, which were delivered by the middle of 2009.

According to the company, it is currently possible to receive the next order, but subject to its financing; The first cars can be delivered within 24 months after the conclusion of the contract.

The variant for the Middle East is a further development of the basic version, it is equipped with a set of mounted armor to increase the levels of ballistic fire protection against small weapons, shell fragments and improvised explosive devices (although accurate information on these characteristics is not available). The firepower of the machine is based on the Nexter Systems single Dragar turret, armed with a dual-feed stabilized 25-mm M811 cannon and an 7,62-mm machine gun, which are guided by a two-channel sight: daylight and image intensification.

Other mid-caliber towers can also be installed on the Ejder II, for example, the Tarask tower from Nexter Systems with identical weapons, which is different with a day / thermal sight and a laser range finder and also equipped with a SAGEM stabilized day / thermal sight for the machine commander.

Also, at the customer's request, a double turret armed with a medium-caliber cannon or even an 90-mm cannon can be installed on the Ejder II.

In its basic configuration, the BJ Ejder II has a total mass of 18 tons, excluding weapons. An option for the Middle East raises the weight of the car to 21 tons.

Ejder II has an independent suspension from Timoney Mobility Systems and a high-power Cummins power unit.

The original Ejder machine is equipped with a six-cylinder Cummins diesel engine with an 402 horsepower, while the Middle East version has a power 450 hp. with growth potential up to 500 hp Nevertheless, the existing six-speed automatic transmission was left on it, but a new cooling system was installed.

Despite the increase in mass, the car retains its amphibious characteristics; two water jets are installed in the rear of the car.
Video cameras provide complete all-round situational awareness.

In May, the Ejder II 2013 was shown with a new infrared action system to combat missile-charge charges (such as a “shock core”) from Aselsan. It is stated that it can safely trigger a shock core, emulating the engine signature at a safe distance from the car. 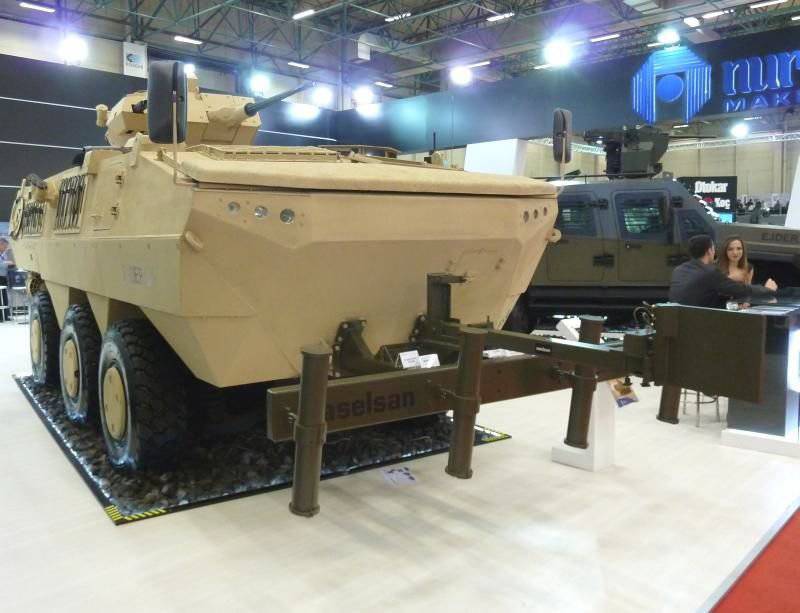 The Ejder II 6 x 6 BTR is optimized for the Middle Eastern market. Modernization of the machine is to install the power unit, additional protection and the tower of Dragar with 25-mm cannon and 7,62-mm coaxial machine gun. Ahead of the telescopic mast, an anti-IED system from Aselsan is installed (pictured above)


This system is installed in the front of the machine on a telescopic mast, which extends to the 1, 2 and 3 meters to compensate for the time delay of the impact core. Although the system was shown installed on the Ejder II, it can be modified and installed on any platform.

In May 2013, Nurol Makina signed a memorandum of understanding with the British company Jankel Engineering Group, intending to expand the number of promising models of machines and offer them in the local and foreign markets. 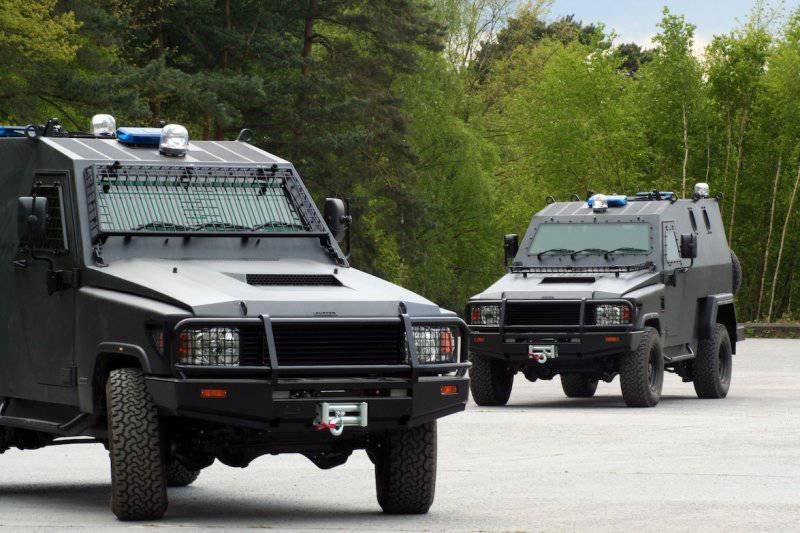 According to the memorandum of understanding, Nurol Makina will produce the Jankel Engineering Hunter 4x4 APC for the Turkish and other friendly armies.

Under the terms of this agreement, Nurol Makina will undertake the local production of Jankel Hunter 4x4 protected BTR. Both companies will develop, produce and market Hunter based on the Toyota Land Cruiser 4x4 off-road chassis. In the basic version, the car is equipped with an armored case that protects against 7,62 x 51 mm bullets. It is also possible to increase the levels of ballistic protection.

Hunter has a crew of two people, six paratroopers are placed in the back of the machine. Various weapon stations can be installed on the roof. 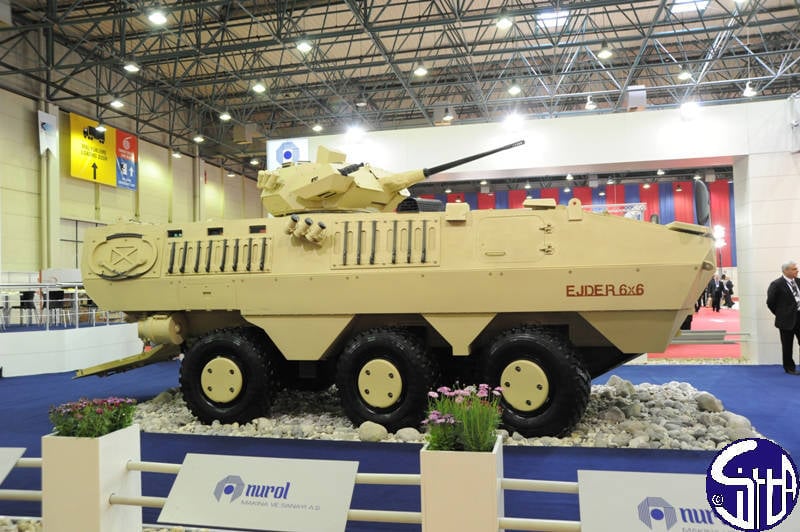 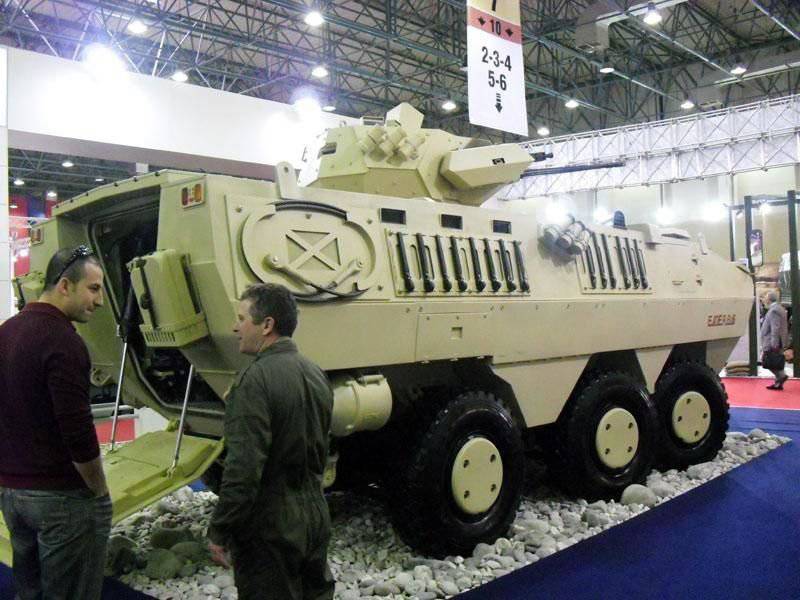 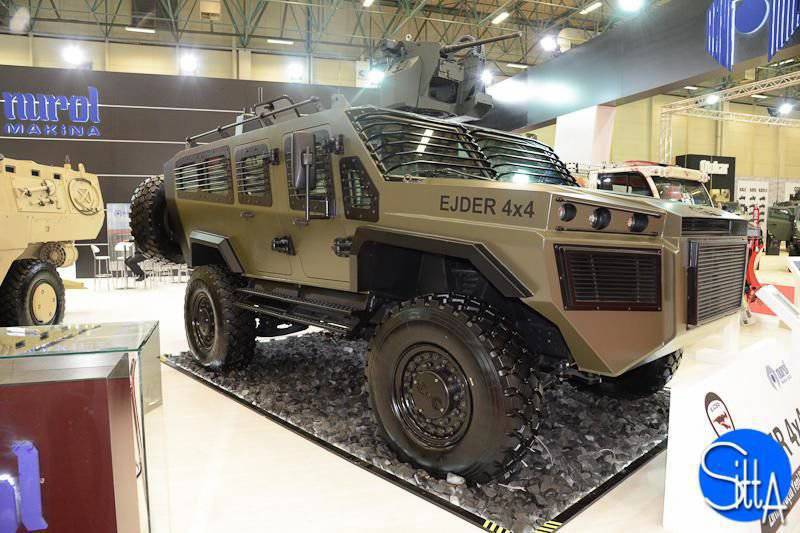 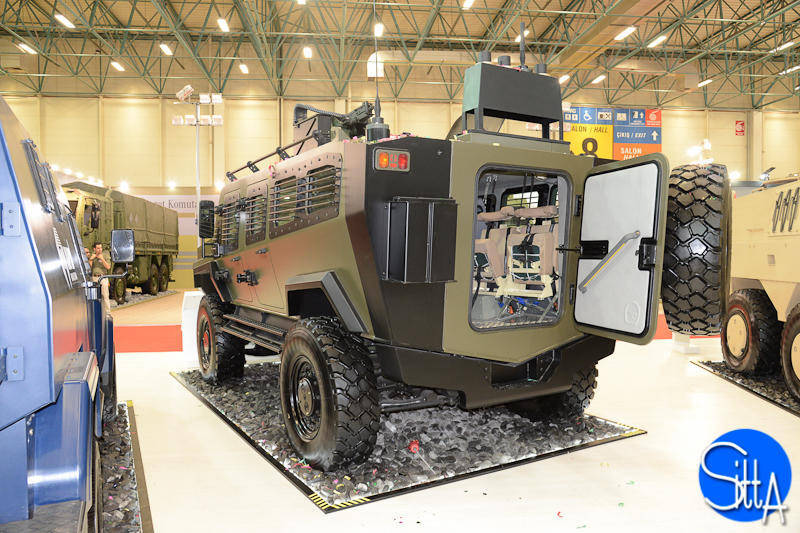