Russian professional family - what kind of animal? And how many "state" children in Russia?

December 25 2013
62
Children is our future. This thesis for decades was considered one of the foundations of the Soviet state. To some it seemed banal, but this is precisely the case when the banality of the wording did not affect the relevance of the slogan. And the relevance was obvious as long as a child in our country for a certain circle of people suddenly began to be perceived as an opportunity to make a profit. 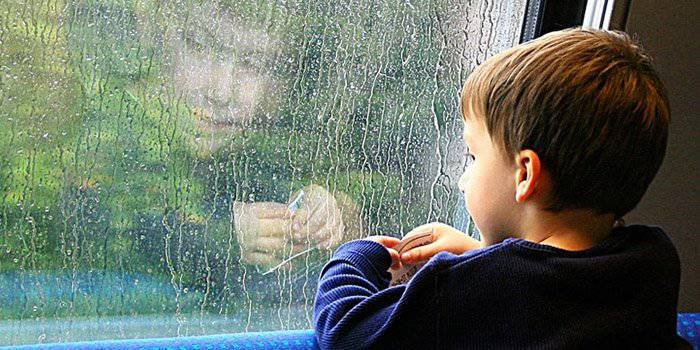 Tens and hundreds of thousands of children, deprived of happiness to be brought up in a family, suddenly became hostages of a situation in which far from humanitarian values ​​come to the fore. After the collapse of the USSR, orphans and children left without parental care turned into a commodity, thanks to which all kinds of state, local and non-state shelters were bred, funds of “care” support from foreign patrons. In fact, a special form of slavery was born - child slavery, when a child could, under the guise of adoption, be involved in prostitution, begging, and often sent “for examination” to clinics from which children simply did not return consent by organ donors.

Today, no organization (both public or private) can provide accurate information on how many children over the past two decades have become victims of this black business. There is no clear statistics on how much of the shadow market is associated with the veiled trade in Russian children.
In addition to the formation of a business associated with orphans and those left without parental care, the asocial environment was also cultivated, which was no less involved in the surge in the number of orphans.

If you believe the official statistics of the sample 1986 of the year, in the RSFSR the number of pupils of children's homes at that time was 20,9 thousand people, children from orphanages - 59,3 thousand people from boarding schools for orphans and children left without parental care - about 32 thousand (data from the GA of the RF). It turns out that the total number of orphans and children left without care in the RSFSR in 1986 was 112,2 thousands. According to Pavel Astakhov, the ombudsman for children in Russia, the number of children with the above statuses today is about 643 thousand people. The difference is more than fivefold! This is despite the fact that the population of the RSFSR in 1986 year and the population of modern Russia almost coincide.

What are the main reasons for such a difference in the number, sorry for the term, "state-owned" children? And the main reason is that since the beginning of the nineties, business began to develop in orphaned children and sprout asocial seeds. It is foolish to deny the fact that orphans were not used as an opportunity to earn (the same state hospitals) before the collapse of the Soviet Union, but the scale was completely incomparable. The collapse of the system built over long decades has led to the fact that today the number of orphans and children left without parental care are comparable to the post-war number. And this is not a copyright horror story, as many readers might think. Such information is presented by the above-mentioned Pavel Astakhov.

Obviously, the situation needs to be corrected. And that this will require a lot of effort. It must be admitted that such efforts are being made by the authorities today: this is the emergence of foster families, an increase in the material incentives of those who take up a foster child. The first progress is. About them in an interview "Rossiyskaya Gazeta" told the ombudsman for children in Russia. According to Astakhov, the number of "state-owned" children in Russia over the past year has decreased by about 11 thousand people. Of course, in comparison with the total number of orphans and children left without parental care, 11 thousands is a drop in the ocean. But you need to be aware of the fact that the decline of this gigantic number occurred for the first time in recent years.

As a starting point for reducing the number of children left without parental care in Russia, Pavel Astakhov cites a more correct work of the guardianship agencies. That is, if four or five years ago, the guardianship agencies could carry out a truly lightning work aimed at depriving the mother or father of parental rights, then today the actual removal of the child from the parents, according to the Ombudsman, is carried out as a last resort. In other words, a mother who loves to attach herself to a bottle is given a chance to stay with the child through her refusal of addictions. Another question: how much do people who, let's say, have tasted the fruits of bad habits in full, intend to take the path of correction for the sake of their children? So far, there are obviously less such parents than those who are ready to sell their own child for an extra couple of bottles of vodka or doses.

The problem is systemic. The fact that some modern “mothers” or “fathers” are ready to get rid of their child as if they were having an extra mouth is connected with many factors. One of the weighty factors is the lack of work and life prospects. People often slide into a social abyss, ceasing to realize that they are responsible for both their lives and the lives of those children who are born to them.

Drunk conceptions (including conception under the drug trade) became a real scourge of recent times. Increased cases of childbearing in early adolescence. The reason is not only early sex life as such, but also earlier initiation of alcohol, disregard for traditional morality, the desire to demonstrate to one's peers their “maturity”. And if 25-30 years ago, “school” pregnancy (pregnancy in adolescence) caused persistent public censure (this is, to put it mildly ...), then by today it has become, if not usual, then something quite acceptable.

The number of single mothers in Russia is more than 5 million (according to official statistics). In the USSR, the 1989 sample of the year for women with such status (the population of the USSR in 1989 was twice as large as the population of modern Russia) was 1,4 million. The number of so-called single mothers with many children is growing, only a few of whom can independently provide their children with everything they need. And if a woman is not able to provide for her three, four or more children born out of legal marriage, then there is a high probability that these children will end up under state guardianship by joining the ranks of registered “orphans”, as they say, with a living mother .

Of course, such a mother, who is in a distressed financial situation, should be helped by the state to raise children without taking their mother away from them. But the only difficulty is that there is a considerable circle of women, sorry for the harsh words, presenting themselves as such maternity machines, which should be sponsored by the state. I have often heard the thesis: I give birth from whom I want and as much as I want (or do not even want), and since I give birth to children to the state, it should provide for me and my children, but I don’t need to work ... There is a bottle of booze on the table, but this “mother” will blame everyone around for its troubles, but not on itself. An interesting position, which is associated with a person's lack of personal responsibility for their actions. This, by the way, is one of those cases where children are trafficked.

By the way, one should not lose sight of the so-called “hidden marriages”, in which a man and a woman purposefully live together without marriage registration, so that a woman after the birth of a child can receive the status of a single mother and count on certain preferences from the state. Yes, and the obligations of such parents, both to each other, and to the child born less. Unfortunately, an increasing number of Russians began to arrange such a situation. This is all about social and personal responsibility ...

However, let us return from the essence of the issue related to the appearance in Russia of a large number of “state-owned” children, to the question of what steps the state is going to take to remedy the situation. If in the last year the number of children left without parental care has decreased by 11 thousand, then the trend needs to be fixed. Here is just a new proposal from the Commissioner for the Rights of the Child Astakhov, frankly, strange. Astakhov is going to introduce so-called professional families in Russia. What kind of animal is this - professional family?

This is a family in which both parents raise and maintain a child under an ... employment contract. In other words, people do not just raise a foster child, but in this way work and earn their living. At the same time, the "professional" mothers and fathers should have an appropriate education and even a license. According to Pavel Astakhov, professional families saved the whole of Eastern Europe (Bulgaria, Hungary, Poland and other countries) ...

It turns out that now in Russia there may appear an analogue of a sort of family orphanage with professional parents (the wording itself is somewhat dubious). On the one hand, everything seems to be correct - people will be able to take children under guardianship, work under an employment contract, and therefore the number of "state-owned" children in Russia will drastically decrease. But here's the catch: it may be reduced, but how “homely” will these children be, not on paper, but in practice? Doesn't it turn out that guardianship (“adoption”) under an employment contract will result in orphans finally becoming a commodity for profit?

Of course, for many families (responsible families) an employment contract, which means financing of educational activities by the state, will be a good family help. But today, with a low level of general social and personal responsibility, the emergence of such “professional” parents, for whom “children” and “money” will become synonymous terms, is quite likely. And what kind of upbringing will the child get in a “professional” family, if he understands that he is working for his new “parents”? - The question. It is unlikely that this upbringing will be significantly different from the usual "orphanage" or "boarding". By the way, is it not possible in this case that the “professional” parent, who was just tired of the child, or the child did not bring as much profit as the “pioneer” would like, just break the employment contract - and goodbye, baby! After all, this is an employment contract, which means that it’s a regular job that you can simply change ... Isn't it sacrilege!

The statesmen, in deciding whether to reduce the number of children left without parental care, should first of all remember that you can always deceive paper and statistics, but you cannot deceive children in the end ...

Ctrl Enter
Noticed oshЫbku Highlight text and press. Ctrl + Enter
We are
People without a home. The problem of homelessness is widespreadPentagon Cybermen
Military Reviewin Yandex News
Military Reviewin Google News
62 comments
Information
Dear reader, to leave comments on the publication, you must sign in.