The military began to receive a new field uniform

December 24 2013
107
The army began to massively change into new field uniforms, refined according to the wishes of the officer soldiers and the recommendations of the Minister of Defense Sergei Shoigu.


Its basic all-season kit, consisting of 19 items, takes into account the specifics of service in various types and types of troops, climatic zones and periods of use.

The form was finalized in such a way that it changes even depending on whether the soldier is to run in the training ground (active use phase) or sit in the classroom (passive phase). For each particular day or class, the set of elements of the "vole" became different. Comfortable well-being of soldiers and officers in the heat and cold provides a multi-layered form. Speech - not only in the combination of fabrics and insulation, but also about the possibility of using various items of military wardrobe for everyday wear. They will not only protect the serviceman from temperature extremes, but also play a protective role.

What is fundamentally new in the basic uniforms of soldiers and officers? Let's start with the hats. The main attention is drawn to the cap. She is now with long "ears", which, when lowered, is conveniently attached with velcro under the chin. The military has the ability to make a sun visor from the front valve caps. And on the crown there is a duplicate of the cockade, so moving it from place to place is not required. The cap uses faux fur. But unlike the old stiff bristle, scratching the cheeks and chin, it is softer and in texture resembles a natural tiger-green with a dark green color.

There are major changes in the demi-season suit. His turn-down collar can be turned into a stand-up collar with the help of the same velcro. Now it is not necessary to hem this uniform, and so that it does not rub the soldiers and officers around the neck, the Minister of Defense recommended raising the gate on a protective T-shirt above. Of course, the developers and manufacturers of the field kit took this wish into account.

Among other novelties in a suit - a lightning on a jacket, replacing buttons. And yet - interchangeable fabric strips with the name and initials of the serviceman, indicating the type and type of troops in which he serves. They are made in two forms: with a yellow inscription - for everyday wear, and camouflage - for field occupations. Fastened with velcro on the chest and side pockets. The same interchangeable and two-color are the strips with the emblems of the type or kind of troops. Their place is at the corners of the turn-down collar of the jacket.

As for the epaulettes, they were returned to their usual place a year ago - the shoulders of a serviceman. On straps now put on strips of material with signs of distinction. Asterisks and stars will eventually be embroidered or plastic. But for now the military will have to wear metal insignia.

The so-called multi-layer form, including, provide completely new elements. In particular, fleece jacket, windbreaker, wind-waterproof suit with taped seams and a special membrane, as well as a warmed vest and adjustable scarf-bib. It is also worth mentioning a helmet mask for frosty and windy weather. In expanded form, it resembles the headgear of a police riot policeman, and when assembled, it turns into a sports cap. As for shoes, in the wardrobe of her serviceman now there are three pairs. The developers claim that in the winter berets soldiers and officers will not care even an 40-degree frost.

Unlike the previous set of the 2010 model of the year, it is supposed that the soldiers will wear not a year, but three. Before being transferred to the reserve, the soldier will have to part with this form. The kit will be processed in dry-cleaning, and then, if necessary, will be given to a new owner.

Fully change the army in the field update plan over the next two years. In the meantime, soldiers and officers of eight formations and units of the Central Military District are getting used to it. 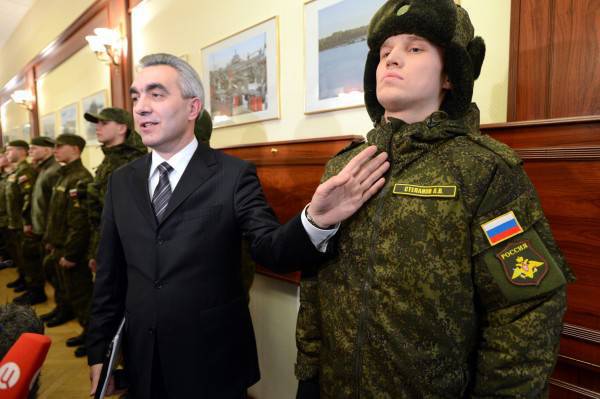 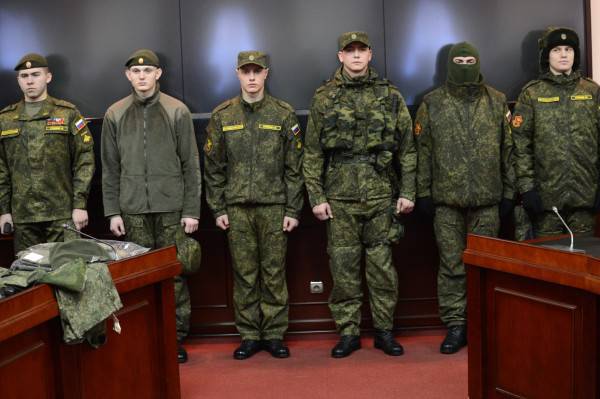 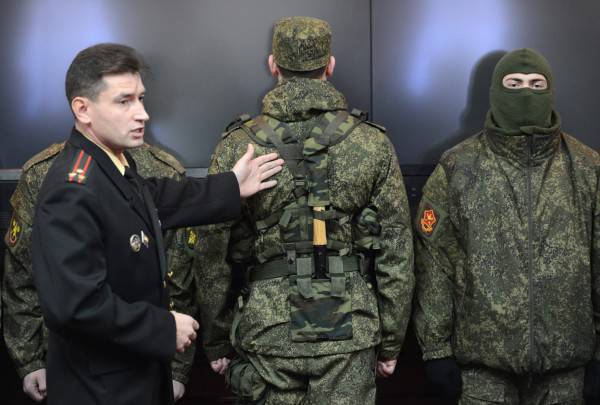 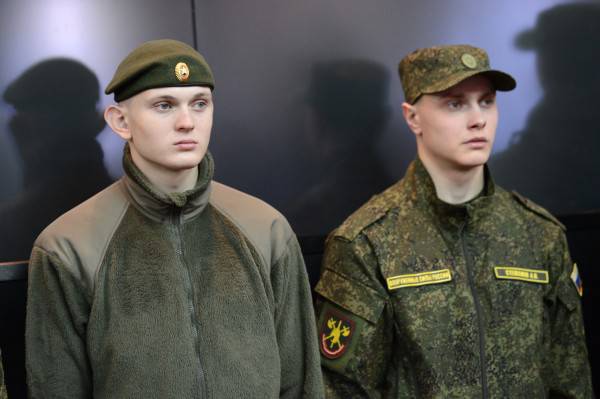 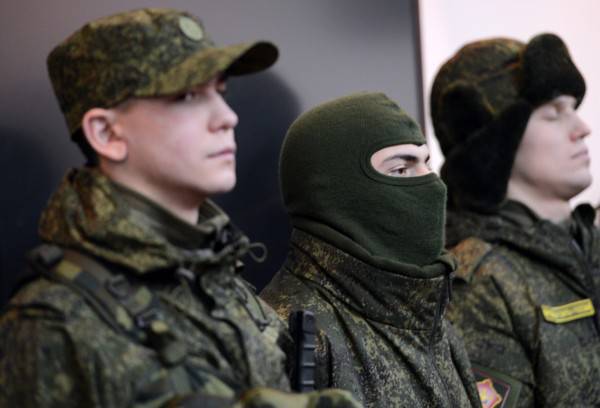 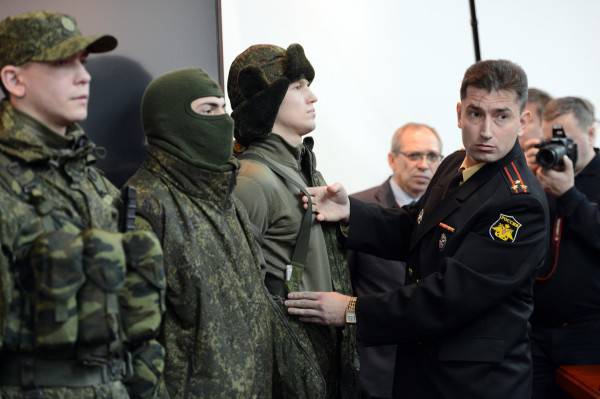 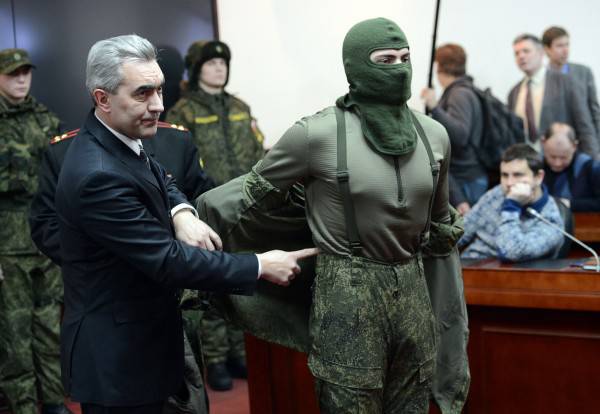 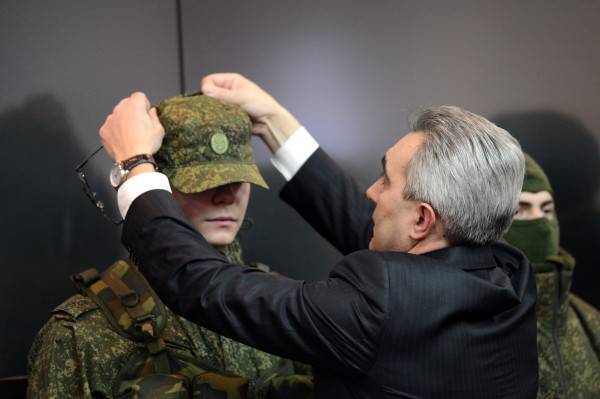 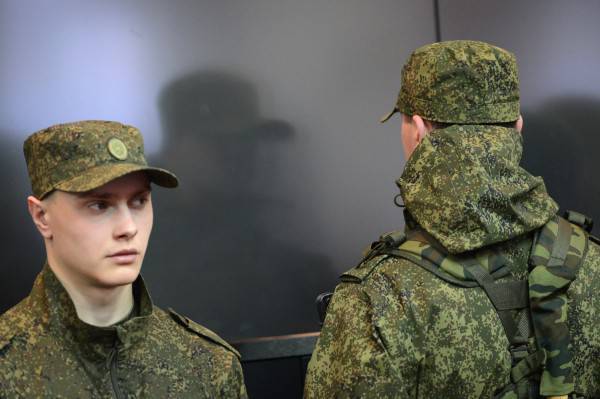 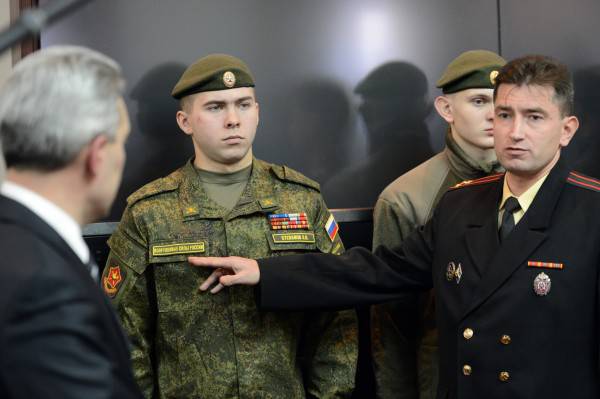 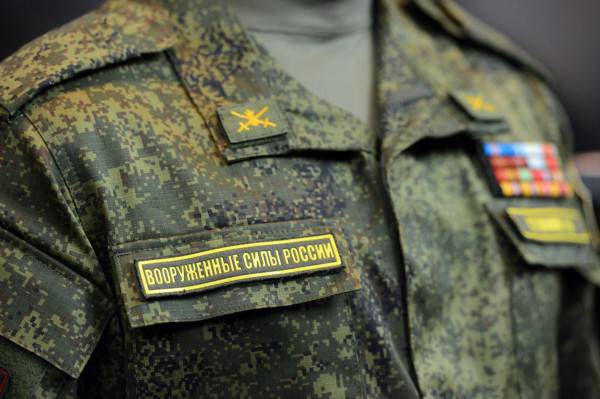 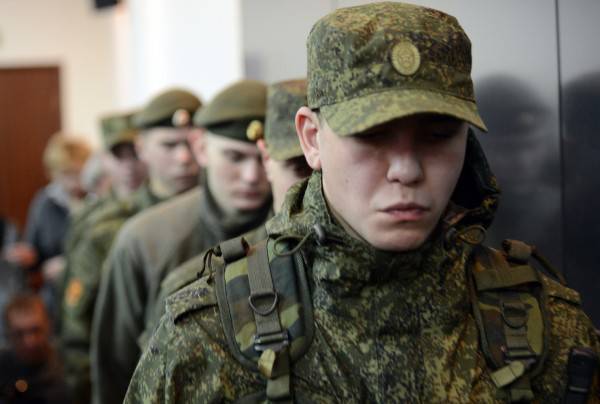 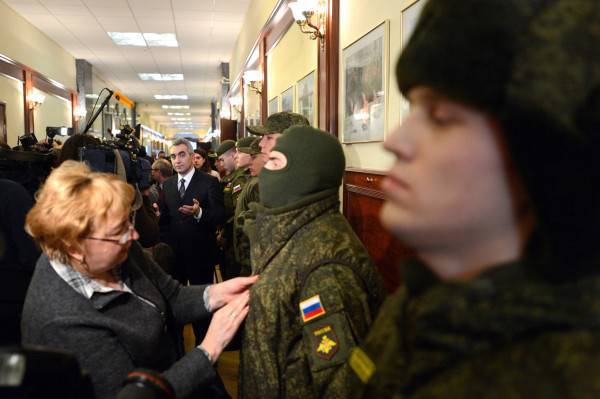 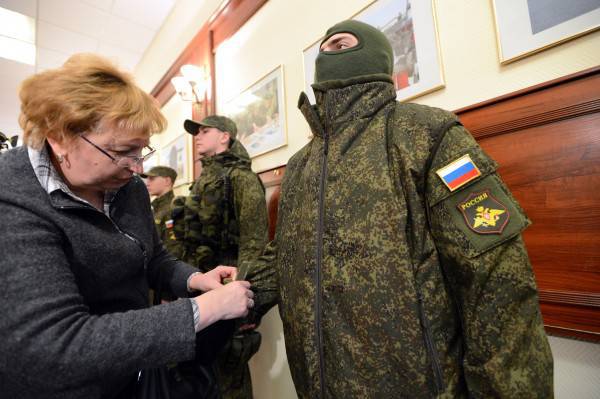 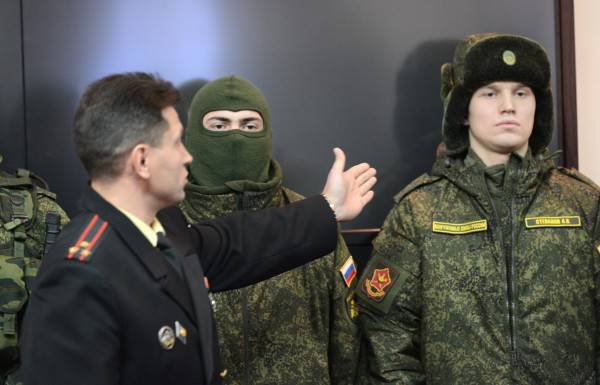 - The all-season basic outfit kit is a form of a new generation, in the development of which the most modern fabrics and technologies were used. We sought not only to provide the most effective protection of military personnel in all weather conditions, but also took into account the different levels of training for conscripts and under contract. 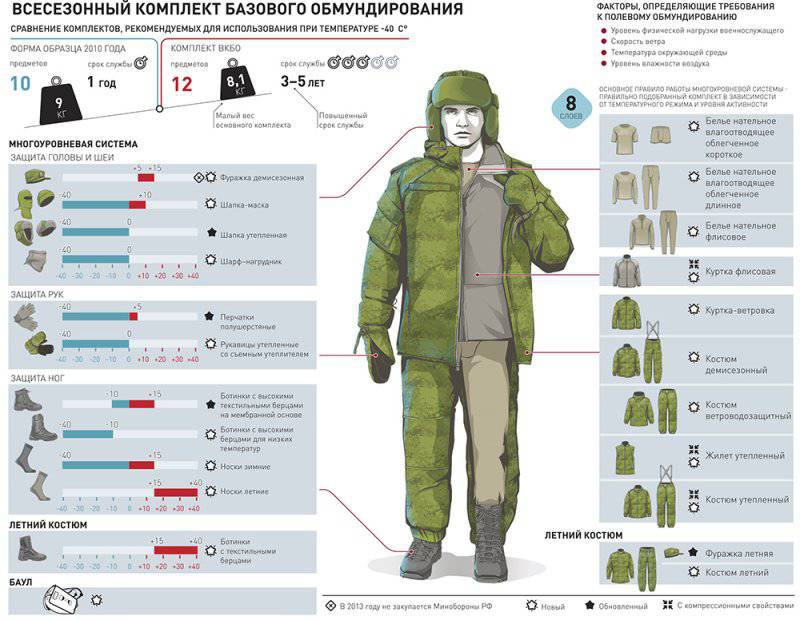 Ctrl Enter
Noticed oshЫbku Highlight text and press. Ctrl + Enter
We are
US Army Opens Field Artillery for Women (reportage in 15 photos)Representatives of the General Staff of the Russian Federation told about the all-season military uniform
Military Reviewin Yandex News
Military Reviewin Google News
107 comments
Information
Dear reader, to leave comments on the publication, you must sign in.