The legacy of Carpathian Rus for the benefit of Ukraine 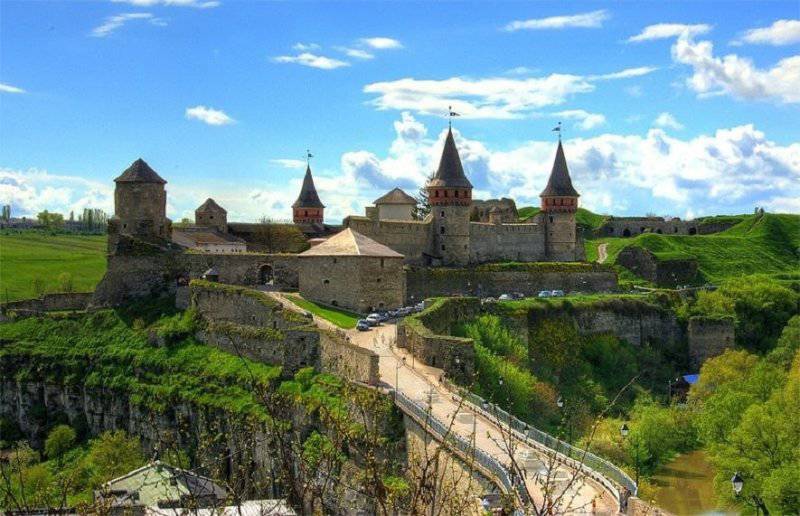 History Carpathian Rus - the unloved child of the official Ukrainian historiography. After all, the Carpathian Rus was called the present-day Western Ukraine from Transcarpathia (Ugrian Russia) to Bukovina (Bukovina Russia) and Galicia (Galician Russia), which today is considered the center of Ukrainian nationalism.


The mutation of Carpathian Rus to Ukraine did not occur immediately. It took centuries, first of the gentry-Catholic, and then of the Austrian yoke, which took real terror during the First World Wide. In the Terezin and Talerhof concentration camps, the masses destroyed those who refused to accept the then new “Ukrainian” nationality. Austrian soldiers dragged specially prepared ropes in their satchels, and if a Galician peasant or teacher answered yes to the question “Rus?”, He was hanged on a nearby tree ...

There were many hanged, because then Galicians called themselves Russians or Rusyns. And not only they, but their blood brothers in the rest of Russia. So it was only a hundred years ago. The ancient Russians, who did not know the ethnonym “Ukrainians”, called themselves Rusins, which came into use in its modern meaning only in the twentieth century, and then only with the help of the Austrian punitive apparatus. 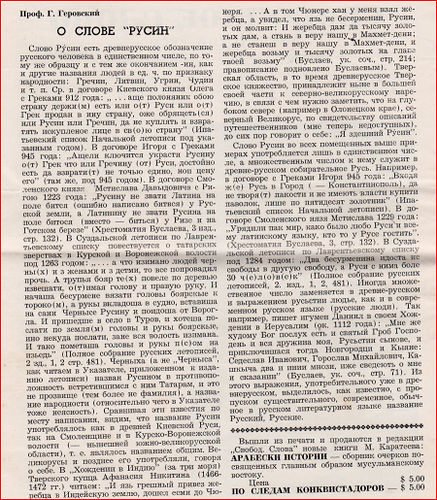 The article by Ugrorus professor George Gerovsky “About the word“ Rusin ”in the magazine“ Free Word of Carpathian Rus ”(USA), 1971 year

It is characteristic that many descendants of the Galician and Transcarpathian settlers in the Serbian Vojvodina continue to call themselves Russians or Rusyns, where they founded in the 18th century. village Russian Kerestur.

The call in the “Russian News”: “Remember: who gives to the Russian Enlightenment - gives himself and deserves the eternal memory of the Russian people!”

The Carpatho-Russian idea carried in itself unifying senses, which consolidated the society of that time. Opponents of this idea from among Ukrainians, on the contrary, split the public opinion and called for the division of their compatriots into “right” and “wrong”. We see the fruits of their activities to this day: the Ukrainian society remains divided both ideologically and culturally and ideologically.

This impulse of separating into “our own” and “aliens” does not dry out, provoking regular attacks of ideological-political aggression. Will the Ukrainian state be able to withstand, if the rudiments of fragmentation and instability are laid in its ideological foundation? Has the time not come in the interests of Ukraine itself and its people to abandon historical insinuations smoldering under a bushel of official mythology? Is it not time to initiate a different scientific, social, political and philosophical discourse in which there would be room for a huge layer of the history of Ukraine, namely the history of Carpathian Russia? Moreover, this is not a propaganda line imported from Canada or the United States, but an integral part of Ukraine’s past as a state, these are the fruits of intellectual efforts and the patriotic activity of the ancestors of modern Ukrainians. 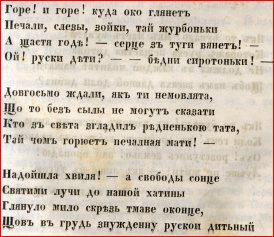 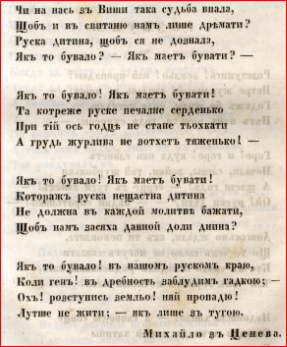 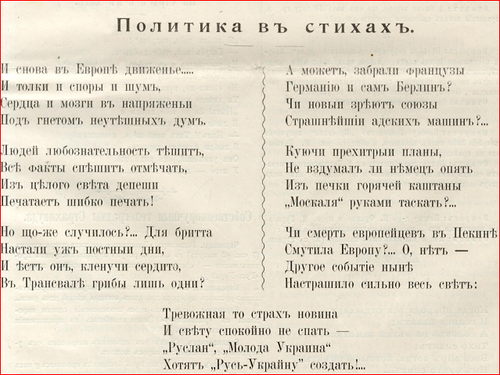 A poem in the Galician-Russian satirical journal Strakhopud (Lviv) for 1900 a year about the diplomatic noise raised by the idea of ​​creating an independent Ukraine. The newspapers Ruslan and Moloda Ukraine are mentioned - the mouthpieces of the then “independent criminals”.

It is not true that the Carpatho-Russian idea is an Ukrainophobic idea. The first Carpatho-Russian buddies were at the same time members of the Ukrainophile organizations and wrote their own essays, including in the Ukrainian language. So, the famous Isidor Sharanevich was in the organization "Prosvita." At that time, Prosvita itself had a different ideological turn: it did not come up with theses about Ukrainians as separate from the Russian people, didn’t stick out the peculiarities of the talk on which the people of Galicia were explained, considering the Ukrainian dialect of the literary Russian language. The radical nature of the activity "Prosvity" received with the arrival there of Ukrainians from politics, pushing aside Ukrainophiles from culture.

No need to introduce in the history of the people that which was not at its source. The origins of Carpathian Rus had the idea of ​​all-Russian unity, while preserving the cultural identity of each of the parts of the triune Russian people. Carpathorism is not a cultural treasurer, but a harmonious combination of regional originality in language and folklore with the all-Russian cultural tree.

Many today hope that in Carpathian Rus the shoots of this tree are cut down completely. In vain. The grandchildren and great-grandchildren of the prisoners of Talerhof and Terezin are still alive. Old files of Carpatho-Russian newspapers, decaying volumes of Carpatho-Russian books and memoirs of grandfathers and great-grandfathers are still kept in their home archives. These newspapers and books speak in a loud voice of truth, and it will be heard.

The Ukrainian nationalist ideology lost the intellectual battle to the Carpatho-Russian idea and was able to cope with the latter only with the help of a foreign boot and a gallows. From the very beginning, the controversies between the Carpathians and the Ukrainian-minded people last retorted, yielding the field of intellectual competition to supporters of all-Russian unity. Only by physically destroying the carriers of the Carpathian-Russian self-consciousness, did the then-Ukrainian Ukrainians get a numerical superiority in social, political, cultural and religious life.

In 2014, the 100 anniversary will be celebrated since the beginning of the First World War. Memorial events dedicated to this date will be held not only in Russia, but also in Europe. In Ukraine, they don’t like to remember the First World War, and for sure its 100-year anniversary will fly by unnoticed by the average Ukrainian. After all, if you recall the First World War, you will have to think of Talerhof and Terezin, the role of the then Ukrainian Ukrainians, who served on the premises of the Austrian gendarmes and gave their fellow villagers to the mercy, suspected of reading Russophile newspapers or loyalty to the Carpathian-Russian heritage of their fathers. From the Ukrainian national idea, the white clothes of political infallibility will fall and the naked truth that modern Russophobes fear so much will be exposed.

Ctrl Enter
Noticed oshЫbku Highlight text and press. Ctrl + Enter
We are
Northern Bukovina: between Kiev, Bucharest and common senseRussian idea in the Carpathians: how the inhabitants of Galicia and Ugric Russia fought for unity with Russia
Military Reviewin Yandex News
Military Reviewin Google News
20 comments
Information
Dear reader, to leave comments on the publication, you must sign in.