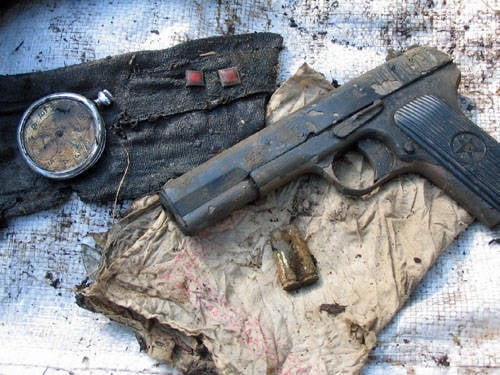 At the end of the 20 of the last century, the command of the Red Army announced a competition for the creation of an automatic pistol. According to the plan of command, the new pistol was supposed to be easy to use, reliable, naturally, automatic and technologically advanced in production. The announced competition was under the personal control of Commissar Voroshilov and the Supreme Commander Stalin. 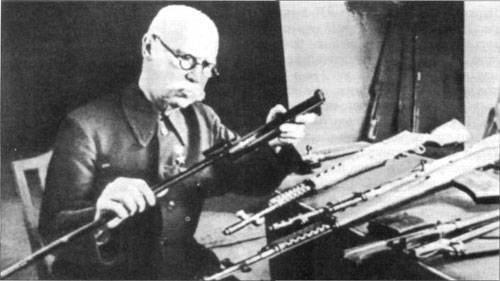 First Tokarev, based on the American Colt 1911, was created by a heavy pistol chambered for the 30 "Mauser" caliber 7,62 mm long 25 mm. The decision to cross the American Colt with the German patron Mauser was made by Tokarev for two reasons. First, cartridges of caliber 45 АСР (11,43 mm) used in the Colt were not produced in the USSR. Secondly, the barrels for the 7.62 mm caliber pistol could be made from defective triline rifle barrels, and also produced separately, several weapon factories had equipment suitable for these purposes, and the technology was fairly well developed. 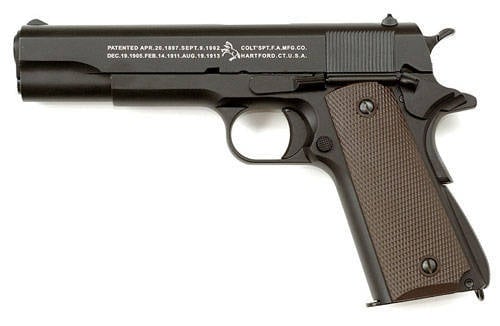 The resulting pistol was heavy, bulky and expensive to manufacture, although it could shoot both single shots and bursts at a distance of 700 meters. Tests he did not pass, a strict military commission rejected the sample, but at the same time gave valuable recommendations for the improvement of the prototype.

Therefore, for further work, the upgraded Colt 1911 of the 1921 model of the year was adopted as a model. The second modernized version of the Tokarev pistol received from its predecessor a successful layout, the principle of operation of automation and colorful appearance, thus becoming significantly easier, simpler and more technological.

Unlike his "Daddy" Colt, who had two mechanical fuses, Tokarev's pistol did not have one, which significantly simplified the design of the mechanism. War spring was placed in the trigger. When the trigger was cocked a quarter, he locked the casing of the shutter, not allowing to make a shot. Yes, and the trigger itself was designed quite differently - semi-closed type, with protruding wheels for platoon. 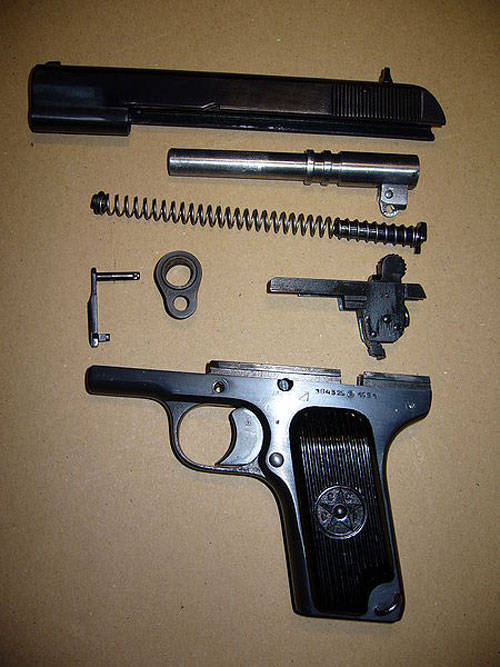 In addition to the Tokarev pistol, two more Soviet designers, Prilutsky and Korovin, as well as foreign pistols by the well-known weapons companies Walter, Browning and Luger (Parabellum) were presented at the testing grounds.

The Tokarev pistol beat all competitors and was recognized as the best.

The new pistol received the official designation "7,62-mm pistol of the 1930 model of the year" and was adopted by the Red Army, where it received its legendary, more well-known throughout the world, unofficial name "TT" (Tula Tokarev). Over the next three years, the identified technological deficiencies were eliminated.

The pistol also had design flaws. So, the safety cocking of the trigger allowed involuntary shots, the store sometimes fell out at the most inopportune moment, the cartridges were skewed and jammed. Low resource (200–300 shots) and low reliability caused fair complaints. A powerful cartridge designed more for submachine guns in the TT quickly broke the bolt. Particularly ardent critics of the new pistol called one of its shortcomings the inability to shoot from it tank: due to the design peculiarity, the barrel of the gun did not crawl into the rifle embrasure.

After three years of various upgrades, the troops received a new "TT" (model 1933 of the year), which went through the Great Patriotic War. In the course of this war, the most important shortcoming of the TT, a small caliber, was revealed. The bullet caliber 7,62 mm, despite the high speed, did not have the stopping power that was inherent in the 9 mm German pistols. It also turned out that it is very sensitive to low temperatures, mechanical damage and pollution. The Germans "TT" had the designation Pistole 615 (r), and they often used the trophy "TT", despite its shortcomings. 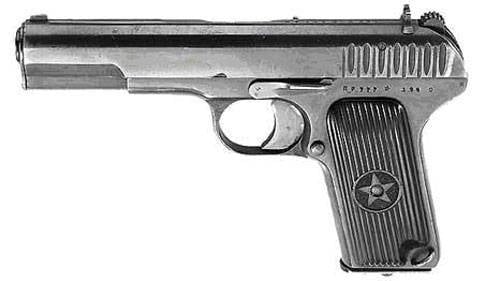 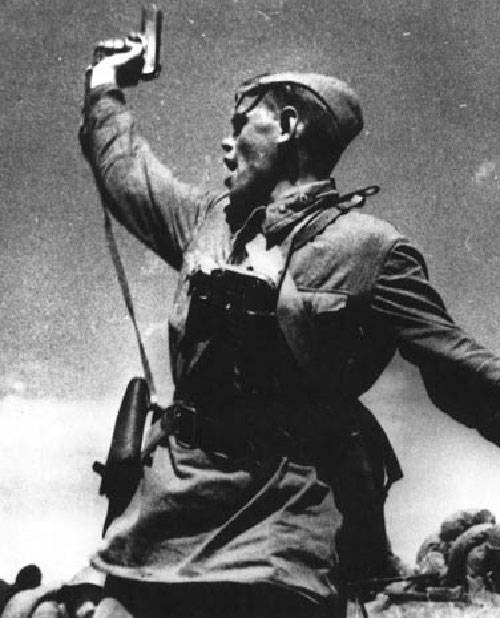 The production and modernization of TT continued throughout the war after the war. The last modernization was carried out in the 1950 year, the pistol assemblies began to be manufactured by stamping, making the weapon much more technologically advanced in production.

The volume of production of TT pistols in the CCPR for the period from 1933 to the end of production is estimated at approximately 1 740 000 pieces.

In 1951, the Makarov PM of Izhevsk Arms Plant was adopted. The production of "TT" has stopped, its time has passed. 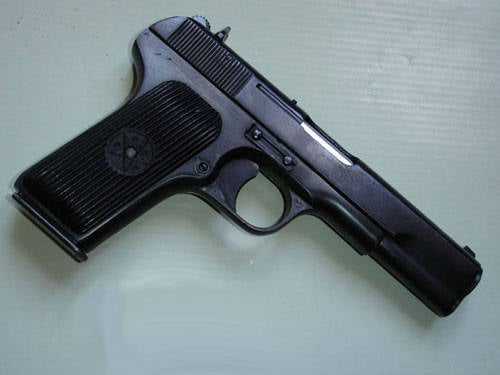 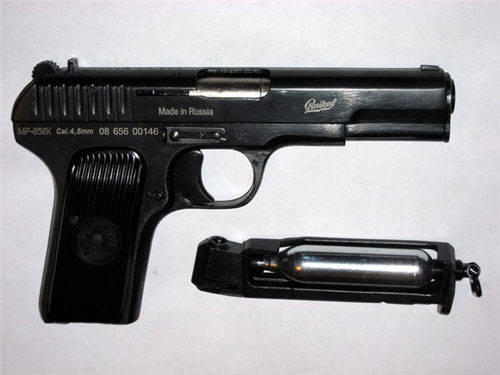 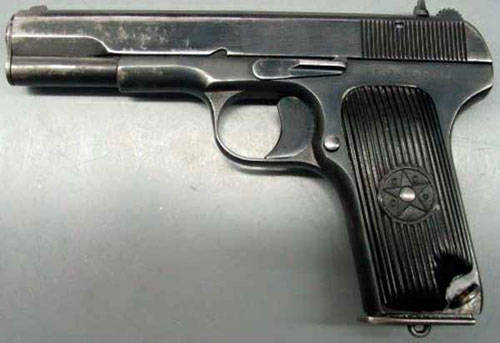 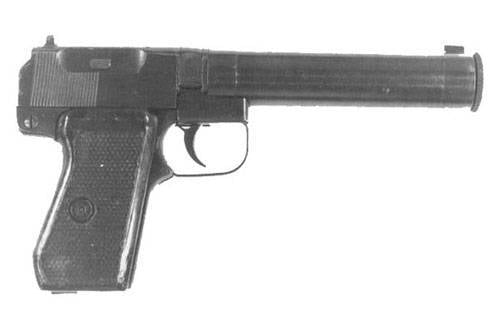 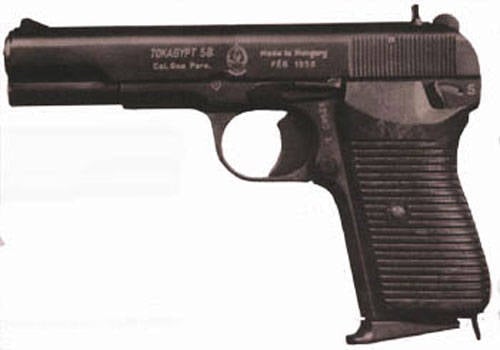