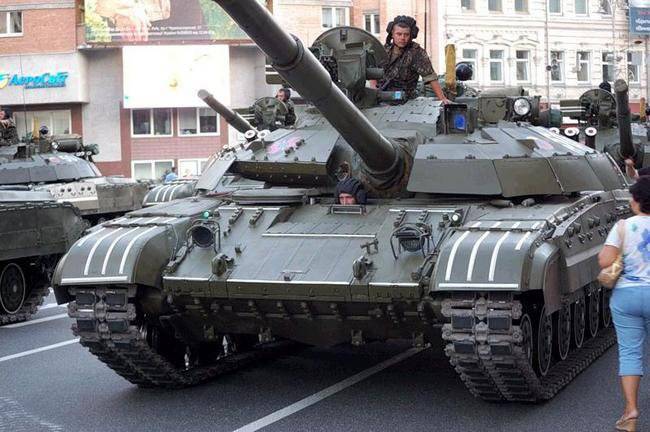 "The implementation of the T-64 project should open a new page in stories as "Ukroboronservis", and in general, "Ukroboronprom". There is confidence in the success of this product, which surpasses many analogues by the criterion of "price-quality", Mikityuk quotes the press service.

At the same time, the director does not name the specific dates for the T-64 tank of Ukrainian production to the international market.

According to the report, now the company has created the conditions for the formation of foreign customers interest in acquiring the said type of tanks.

The main customers of T-64 tanks are countries that use Soviet-made equipment. Mostly, these are regions of Africa, Southeast Asia, partly countries of the Arab world.

The press service also noted that the T-64 tank was fully developed in Ukraine and had never been shipped abroad.

Ctrl Enter
Noticed oshЫbku Highlight text and press. Ctrl + Enter
We are
The action “Military service under the contract is your choice!” In Rostov-on-Don: future contract servicemen, exhibitions and “Russian Knights”"Ukroboronservis" transfers anti-aircraft missile systems to a new element base of Ukrainian production
Military Reviewin Yandex News
Military Reviewin Google News
84 comments
Information
Dear reader, to leave comments on the publication, you must sign in.