Aircraft carrier in the Middle Ages. Tribal massacre in South Sudan - a consequence of pseudo-democracy instead of military dictatorship 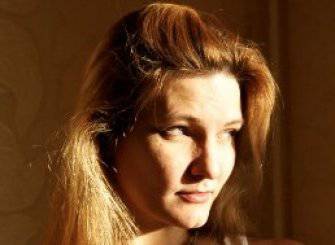 The situation in South Sudan is heating up. The inter-ethnic clashes that began about a week ago have already led to numerous casualties, yesterday the first casualties were suffered by the international UN contingent. The states have already sent their soldiers to the country "to protect American citizens." Curfew has been imposed in the capital Juba. Britain, Germany, France and the United States announced the evacuation of their citizens from South Sudan.


On Thursday, an attack was launched on a UN mission base located in Jonglei State. Three peacekeepers from India were killed. According to the deputy official representative of the UN Secretary General Farhan Hack, the rest of the contingent was evacuated to the area in the vicinity of Akobo, the fate of civilians who had taken refuge at the base during the clash remains unknown.

Additional forces of the United Nations Mission in South Sudan peacekeepers will be deployed to the attacked base. According to the head of the public relations department of the United Nations Department of Peacekeeping Operations, Kieran Dwyer, 60 "blue helmets" will arrive in the base area at the initial stage. Dwyer also noted that in many parts of South Sudan a “very fragile situation prevails,” and the mission has to continually analyze the situation in each of the areas in order to maintain the necessary number of peacekeepers. Recall that the UN peacekeeping mission has been operating in the country since 2011, since the Sudan was divided into two parts. In total in South Sudan are about 7 thousands of troops from different countries.

In addition, according to a representative of the leadership of the branch of CNPC in South Sudan (his words are quoted by Xinhua), armed clashes occurred on the oil field in the north of this country, during which 14 citizens of South Sudan who are employees of the company died. According to him, the incident was recorded at one of the oil fields, which are under the control of an operating company with the participation of India, Malaysia and South Sudan.

Clashes between ethnic groups in the country began on December 16 in Juba. The president, Salva Kiira, a Dinka native, accused the vice-president of the country, Rijek Machar, a representative of the Nuer tribe, who was sent six months ago, of attempting a coup d'état. Machar himself is currently hiding from law enforcement agencies, the rest of the opposition politicians, including several former ministers, are under arrest. According to various estimates, more than 500 people have already become victims of interethnic hostility, over 800 people were injured during the conflict.

Sergey Seryogichev, an Africanist, a senior lecturer at the Russian State Humanitarian University, in an interview with “However,” explained that the South Sudan crisis is the consequence of not being imposed on a country of democracy:

- In Southern Sudan, statehood is emerging. Dink is the main state-forming union of the tribes. So, Dink for all of them history there was no statehood. Shuruki, for example, had one, but they, like the others, are now smaller in number than Dinka, so Dinka plays the main role. South Sudanese statehood, as such, never existed - they are now trying to build it. Naturally, with the tribal level of social consciousness, the level coinciding with the era of early feudalism in Europe, it all goes incredibly hard.

An international presence in the country is only the provision of physical security measures for the evacuation of specialists who are most likely there.

Generally speaking, they would decide everything themselves. Kiir is trying to build an authoritarian state, but in reality it is just a more or less controlled model of the state. That he does not work. Monstrous corruption, a huge amount weapons in the hands of the population - all this is difficult. And Kiir is trying by active actions to prevent in the south a full-scale war of all against all, because otherwise it will be impossible to get out of the situation. The Americans and the UN are putting pressure on him, on whom he depends financially and politically and diplomatically, so he is balancing.

In fact, frankly speaking, the military dictatorship in this country was the greatest blessing than the pseudo-democracy that is there, which led and justifies this tribal freemen when people are cut left and right.

Ctrl Enter
Noticed oshЫbku Highlight text and press. Ctrl + Enter
We are
Hands of the Sudanese people are fighting the United States and China"..and our tanks are fast," or Ukraine is the eternal daughter-in-law
Military Reviewin Yandex News
Military Reviewin Google News
15 comments
Information
Dear reader, to leave comments on the publication, you must sign in.