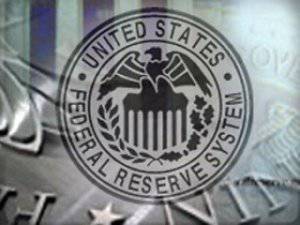 One hundred years ago, 23 in December 1913, the Federal Reserve System (FRS) was created in the United States - a “private printing press” on a global scale to produce money in unlimited quantities.

For centuries, the main means of payment between people were precious metals, decorated in the form of banknotes - coins or dimensional bars. The absence of gold and silver has always become the cause of economic decline. Small money supply dictated the appropriate volume of production. On the contrary, when a large amount of precious metals entered the economy, everything flourished. They discovered America, galleons with gold and silver floated to the Old World - an economic boom began.

True, not everywhere. In the 17th century, England, unlike Spain, did not yet have extensive colonies, so the island’s state budget was in permanent deficit. Meanwhile, the wars — primarily with France — demanded colossal money.

The moneylenders came to the aid of the authorities. In 1694, the Bank of England was created. Its co-founders were, on the one hand, private financiers, on the other, the “crown”. It was declared that under gold and silver, located in its vaults, banknotes are issued. And they can be exchanged at any moment for a ringing metal. Conveniently. Who will control what exactly the amount of resources lies in the bins? That is, you can print as many banknotes as you like.

“The British do not hide the status of their emission center, all the information that it is private can be found on www.bankofengland.co.uk. And about how Great Britain, standing on the threshold of the financial crisis, suddenly printed a lot of money, due to which she won the war with France and Spain, you can read in the books of the founder of geopolitics Rear-Admiral Alfred Mahan, ”explains historian Nikolai Starikov.

Britain began to actively build an empire. Bank of England pot began to replenish, the need to issue obligations more than it had reserves available, no longer. Nevertheless, a precedent arose, and with it financiers fell into power. Baron Nathan Rothschild, Disraeli, Lord Beaconsfield - just people from the banking environment. But the patriarchal and highly conservative English society, with its powerful influential aristocracy, did not allow usurers to turn in full force.

But in the United States there was no aristocracy, a tribal society promised excellent chances for establishing the power of money. The founding fathers of the American state were aware of the threat. “Banking organizations are more dangerous than enemy armies. If the American people allow a private central bank to control the issue of its currency, the latter will first deprive people of all their property with the help of inflation, then deflation, banks and the corporations growing around them. And it may happen that one day their children will wake up homeless on earth, which their fathers once conquered, ”said the third US president, Thomas Jefferson. Recall the mortgage crisis 2007 – 2008, when hundreds of thousands of households in the United States moved to banks.

Attempts to create a private "printing press" continued throughout the XIX century. At least two presidents died in this secret war. “The power of money is hunting our people during the world and weaving conspiracies against it. It is more oppressive than a monarchy, more arrogant than autocracy and more selfish than a bureaucracy, ”said Abraham Lincoln. Shortly after this performance, he was killed. And the attempt is still shrouded in mystery.

“The one who controls the money supply of any country is the complete master of its industry and commerce. And when you understand how simple the entire economic system is somehow controlled by several powerful people, you will not need to explain where the causes of depression and inflation are, ”these are the words of President James Garfield. He was shot even faster, two weeks after he spoke out against bankers (July 2, 1881).

The Americans managed to fight back. Conservatism plus faith in God — the majority of the US population was earnest Protestants — became insurmountable barriers. And these two "barricades" began to destroy.

First, he went a powerful run over the church. The theory of Charles Darwin declared the ancestors of human monkeys, calling into question the main tenets of Christianity. Secondly, Karl Marx began to stir up people. For most of his life, this man lived in the financial capital of the world, London, and for some reason did not persecute the ideologue of the destruction of capitalist society.

In the United States at the beginning of the twentieth century, the situation was tense. Workers regularly went on strike, crime grew, the influence of the church declined. It only remained to create the conditions to scare the power of the prospects of mass unrest. And the financial crisis struck 1907 year.

The Dow Jones index suddenly fell by almost 50 percent, shares of leading companies depreciated. Loans have risen in price to 1500 – 1800 percent per annum, unemployment has swept the country. Quite by accident and the Bank of England doubled the discount rate. The American economy has risen. This shock is not in vain associated with the name of John Pierpont Morgan Sr. It was he who ruled at that time a huge financial empire in the United States and Great Britain. “Through controlled mass media, he organized a leak of information about major problems in a number of leading banks. Immediately a crisis of confidence arose, people began to take deposits. Then Morgan himself made a “fireman” - he guaranteed a refund to the public. And the press, with its filing, launched a campaign for the creation of an independent emission center, ”says Starikov. Such a demonstration of forces was enough, and in 1913, replacing Theodore Roosevelt, President Woodrow Wilson signed the Federal Reserve Act.

Theodore Roosevelt, during which the 1907 crisis of the year happened, is also an interesting person. The first time he stood at the head of America in 1901, when William McKinley was shot dead. And then the politician promised not to limit the activities of the monopolies, which his predecessor - a veteran of the Civil War, a defender of American manufacturers and a very pious man - regularly put in place.

Shortly after the establishment of the Fed, the First World War began, the outcome of which was the collapse of two currencies secured by gold - the Russian ruble and the German mark. But in opposition to financial bigwigs there were many American businessmen, including very influential ones. In the 1929, the Great Depression began.

The Fed's discount rate suddenly rose, almost half of the money supply was withdrawn from the economy, the cost of borrowed resources soared to the skies. The enterprises sitting on the credit needle were ruined, the common people, spoiled by practically gratuitous consumer loans, were also. Securities cost nothing, millions were left without work. According to estimates by individual historians, between seven and twelve million people died from malnutrition during these events in the United States. American Famine ...

Franklin Delano Roosevelt was elected President of the United States in 32. And begins the "struggle with the crisis." US citizens are prohibited from owning precious metals, they are supposed to be handed over to authorized banks, otherwise "ten years is not a term." The day after the expropriation was over, gold rose in price at times. In parallel, there was a purchase of American industry, it took over the hands of the bank clans - the owners of the Fed. And not only American.

Not everyone was silent, looking at this mess. A congressman from Pennsylvania, banker Luis McFadden spoke out in exposing the Great Depression: “This is not an accident, but a carefully planned action against us. Bankers deliberately created an environment of such despair in order to become masters of all citizens. ” In 36, a politician at the age of 50 died suddenly - his heart caught ...

The Second World War finally makes the USA the richest country in the world. Investments in the construction of the Third Reich were crowned with success. “Among the American patrons of Hitler are the names of Rockefeller and Morgan. In the summer of 1929, representatives of the Morgan Financial and Industrial Group at a special meeting of bankers recognized the need to support the German Nazi movement. Thus, Adolf Hitler was put at the head of Germany by Washington and London, ”said Professor Vladimir Dobrenkov, dean of the sociological department of Moscow State University.

1944 year. The volleys of guns have not ceased yet, and all states sign the Bretton Woods agreement - the dollar becomes the only legitimate world reserve currency. In these green pieces of paper, printed by a private shop and unsecured, 44 was supposed to carry out all calculations and store gold and foreign exchange reserves (GCR). Suddenly, the USSR refuses to ratify the document, and in 1950, the ruble receives gold backing. Capitalist countries are ready to move to the new currency, but Stalin is dying, and Khrushchev hastily liquidates the project of a convertible ruble. Coincidence?

No one needs the Soviet currency, the US dollar rules the world. But problems suddenly appear in the United States. Young and successful president John Fitzgerald Kennedy - a representative of a large Irish clan - begins a crusade against the Fed. In his speech about “secret societies,” the politician called for the construction of an alternative system of power. And from words to business. The government, in accordance with Presidential Decree No. 11110, began issuing banknotes secured by precious metals from the Ministry of Finance. And on these dollars it was not already written “Federal Reserve Note”, but “United States Note”. That is, these are obligations not of a private structure, but of a state. And secured. Six months later, Kennedy was gone. Soon they killed his brother Robert. He knew too much ... Mutiny was crushed. The notes were withdrawn, currently two- and five-dollar 1963 notes of the year are rare, bonists appreciate them very much.

“John Kennedy did not act in the interests of any independent American big business, it simply did not remain after the Great Depression. As president, he felt like a puppet in the hands of the Fed, and he did not like it. Thus, it turns out that Kennedy fought for the interests of the entire American people, in fact, tried to make a coup from above, ”Nikolay Starikov is sure.

But the "counter-revolution" was suppressed. And to the statements of the Fed chairman - today is Ben Shalom Bernanke - they listen more than words from the White House. This is not to recall the statement of President Woodrow Wilson: “We have acquired one of the most uncontrollable and most dependent governments in the civilized world. It is no longer a government of freedom of expression, not a government that reflects the will of the majority, but a government that imposes decisions on us by a handful of the powerful in this world. ”

And this will today is imposed not only on America. The Arabs want to sell oil for dinars, the Germans - to sell machines and machines for the brand (abolishing the euro), the Chinese - to get full-fledged yuan. But for the time being no one is ready to fight with the United States. Although everyone understands that America is robbing the world by drawing completely virtual numbers on the accounts of suppliers of completely material resources and goods. Vae victis - woe to the vanquished. “The United States openly declares hegemony in the world, of its forceful uniqueness and lack of alternatives as an organizing principle,” says Dobrenkov.

Russia is also not yet able to untie the national currency from the US dollar. Let's hope - bye.