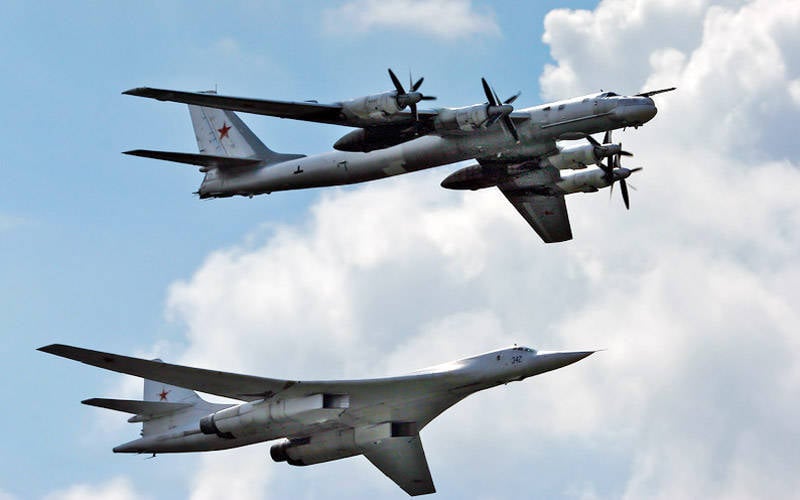 Exactly 100 years ago, 23 December 1913, a four-engine heavy bomber "Ilya Muromets" - the brainchild of the outstanding and legendary Russian aircraft designer Igor Ivanovich Sikorsky - flew into the sky. This event was truly epochal in nature: the Sikorsky aircraft was at that time the largest in the world. That day was perhaps one of the most significant stories all Russian aviation. Despite this, domestic long-range aviation will celebrate its centenary only in the coming year 2014, because today's holiday was not established in memory of the first flight of the "great-grandfather" of modern Russian strategic bombers, but on the day of signing the imperial decree approving the decision of the Military Council on the formation of the first in Russia squadrons of these aircraft from December 23, 1914. It was this Decree of Emperor Nicholas II that laid the foundation for heavy bomber aviation not only in our country, but also in the world as a whole.
Today, modern Russian long-range aviation is armed with powerful aviation technology, ready to perform its combat missions anywhere in the world: strategic bombers Tu-160, Tu-95MS and Tu-22М3. Long-range aviation of the Russian Air Force, along with nuclear-powered submarine rocket carriers and the Strategic Missile Forces, is part of the so-called nuclear triad, a strategic reserve of the Supreme Command and an essential component of Russia's strategic nuclear forces, one of the reliable guarantors of the inviolability of the homeland.
Ctrl Enter
Noticed oshЫbku Highlight text and press. Ctrl + Enter
We are
100 years ago a squadron of Ilya Muromets aircrafts was createdReports from Strelkov Igor Ivanovich 29-30 July 2014 of the year
Military Reviewin Yandex News
Military Reviewin Google News
32 comments
Information
Dear reader, to leave comments on the publication, you must sign in.