The relatives of corrupt officials are going to confiscate criminal property

December 23 2013
71
The fight against corruption, which in the mode of permanent announcement by the Russian authorities is conducted on the territory of Russia, continues to be overgrown with legislative initiatives. Initiatives are becoming more and more, but most of them shoot what is called "milk", but does not get "in the bull's eye." It is precisely because, more often than not, initiatives “beat” around the bush, it’s impossible to organize a qualitative response to thievish officials. The hype rises great, but beyond the noise in the press it often does not go. Let us try to figure out what the new legislative initiative is about.


It is reported that the person who voiced the new initiative was the State Duma deputy from the Communist Party faction Yury Sinechshchikov, who is a member of the Duma Committee on Criminal Legislation. The deputy proposes to amend the Criminal Code of the Russian Federation, according to which property of the relatives of persons who have committed corruption crimes will be confiscated if the investigation determines that it (property) was acquired with funds received illegally. 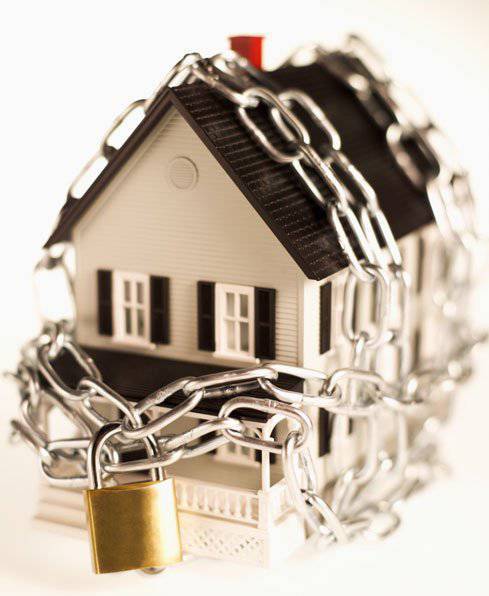 By the way, such a legislative initiative has already been submitted to the State Duma for consideration, it only concerns the need to confiscate property from relatives of individuals who have joined terrorist activities. The main reason for the release of such a project “to the parliament” is that often terrorist leaders use the funds received from the “sponsors” to improve the material well-being of their relatives. As soon as this bill entered the lower house of the Russian parliament, a discussion immediately began about the fact that it would be nice to extend the initiative to members of “corrupt” families.

The initiative that the property acquired by criminal means, registered for the relatives of corrupt officials, must be selected in favor of the state, of course, looks right. But the only question is how far this initiative and the law itself, which can appear on its basis, are workable and how far are they from banal populism? In fact, the question can even be reformatted somewhat: would it be necessary to reinvent the legislative bicycle if all the laws currently in force (including the provisions of the Criminal Code of Russia) were strictly enforced on the territory of the Russian Federation itself?

So, the legislative initiative, which can turn into a full-fledged bill, proposes to take property from relatives of bribe takers, embezzlers and other corrupt officials in that situation, if the criminal component is proved when receiving funds for the purchase of this property. It is worth recalling that in the general part of the Criminal Code of the Russian Federation there is the head of 15.1, which is called “Confiscation of property”. This chapter contains several articles that describe both the concept of confiscation of property, and the fact of crimes under which articles of the Criminal Code concern it. For example, article 104.1 of this chapter says literally the following:

Confiscation of property is a compulsory free seizure and conversion into state ownership on the basis of a conviction of the following property:

That is, in case of accusations, for example, of receiving a bribe (Art. 290), in commercial bribery (Art. 204), the court may well decide to confiscate property in favor of the state (this, of course, if there is an independent court decision). Of course, in this case it is necessary to increase the number of articles on which confiscation "shines" for the embezzlers. For example, it would not be superfluous to introduce into this circle the Art. 291.1 of the Criminal Code of the Russian Federation (this is “Mediation in Bribery”), because it is naive to believe that mediation occurs without its “retractable” means. It is necessary to consider the issue of the possibility of confiscating property from persons convicted under article 286 of the Criminal Code of the Russian Federation “Excess of official authority”, if the excess relates to obtaining financial gain. The 159 article “Fraud” would also be worth considering as one of those for which the confiscation of property can “shine” to criminals from among the corrupt officials.

Another thing is that we all perfectly understand the actual inoperability of this entire system. That is, internally it works very well: multi-volume criminal cases are being formed, investigators, prosecutors and judges receive salaries, secretaries painstakingly fix every word during court hearings, but this is not always good. If it comes to a large bureaucratic figure, against which, it would seem, just terabytes of evidence are collected, the “machine” starts to switch to idle - “fuel” it “eats”, someone presses for gas - the engine roars, and the wheels are hard not spinning ...

In recent years, it is difficult to recall at least one corruption case in which a severe conviction would be pronounced using the article of the General Part of the Criminal Code of the Russian Federation on the confiscation of property. And if the article about the confiscation of property does not work in relation to corrupt officials (they are simply “negligent”, they are innocent in general, and the junior assistants of senior clerks who put papers for signature) are appointed guilty instead of them, then will it work? against relatives of embezzlers? The answer is obvious ...

If the system worked effectively, then already now there were no problems with the return of funds lost by the budget from the "tumultuous" activities of this or that official. The official would simply not have time to register the property purchased with the help of corruption funds “for his uncle”. But the system, to put it mildly, is ineffective. The fact is that even if someone is taken “for an udder”, it immediately turns out that all property (houses and apartments, expensive cars and foreign villas, golden statuettes and yachts) was acquired only before a person received official position. Immediately “in the annals” are documents almost from the time of Peter the Great, in which it appears that the mayor, governor, vice-speaker, minister or other official have the right to own “chambers” in so many hundreds of square “fathoms”. The court looks at these documents and says: yes, everything is received legally, and therefore the property is not subject to confiscation in favor of the state. Live, my dears, on your honest and overworked hard earned Rublev villas or entsat-room apartments, ride honestly earned Maybachs, Mercedes or Aston Martin. The state has no complaints against you. Well, think "petty hooliganism" in the distribution of the budget, after which they did not build a kindergarten, but they completed the third floor of the dacha of their nephew or bought a convertible for the vice-mayor's wife ...

So, before the new initiative will be put to the vote, the deputies still need to think, and how effective were the old initiatives. Otherwise, you can pile up thirty-three gardens with “confiscation”, but what is the use of this? There would be precedents with the confiscation of the property of the corrupt officials themselves - then yes. But as long as they do not exist (often even despite the obviousness of criminal activity), more and more new initiatives around this problem will give a tinge of populism.

Ctrl Enter
Noticed oshЫbku Highlight text and press. Ctrl + Enter
We are
Situational analysis of the death of the MH17 flight (Malaysian Boeing 777), made on the basis of engineering analysis from 15.08.2014Results of the week. “I would not live my life differently if I had such an opportunity”
Military Reviewin Yandex News
Military Reviewin Google News
71 comment
Information
Dear reader, to leave comments on the publication, you must sign in.