NPP "Fukushima-1": experts do not rule out the deterioration of the situation 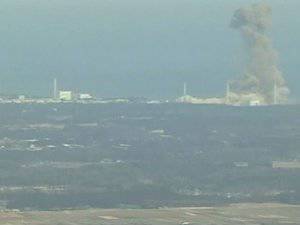 The situation around the nuclear power plant "Fukushima-1" continues to be complicated. Foreign experts are trying to assess the degree of threat of possible radiation contamination around the emergency station, but they do not undertake to predict the possible development of the situation due to the lack of information about the current state at the station. In turn, officials remain cautious optimism.


Thus, the Director General of the International Atomic Energy Agency (IAEA), Yukiya Amano, believes that the situation at an accident of Japanese nuclear power plants is not hopeless. “At present, it cannot be said that everything was out of control,” he said. Earlier, the head of the IAEA said that he excludes the likelihood of a repetition of the "Chernobyl scenario" for Japan. On Thursday, Yukiya Amano will travel to Japan to assess the situation on the ground and discuss the situation with representatives of the Japanese authorities.

Not everyone shares this optimism. Thus, the official representative of the French government, Francois Barwen, expressed the opinion that "the worst case scenario cannot be excluded." "If the situation goes according to a worse scenario, the consequences may be more serious than as a result of the disaster at the Chernobyl nuclear power plant," he said.

An authoritative American expert, head of the US Nuclear Regulatory Commission Gregory Yatsko, speaking in the US House of Representatives, expressed concern that the personnel of the emergency Fukushima-1 Japanese nuclear power plant would be threatened with lethal radiation doses. “We believe that there are high levels of radiation around the reactor zone,” he said. “It will be extremely difficult for emergency responders to get close to reactors. The doses of radiation they receive are potentially lethal for a very short period of time.” The specialist admitted that he cannot give a full-fledged forecast of the development of the situation at the Fukushima-1 NPP, since he does not have all the necessary information for this. "Our information is very limited," he said.

The situation in Japan is closely monitored by world leaders. In particular, according to US Secretary of Energy Stephen Chu, the administration of Barack Obama is trying to carefully monitor the situation at the Fukushima-1 nuclear power plant. Nevertheless, he noted: "We receive conflicting information about what is actually happening at several reactors that are now under threat."

A little later on Wednesday, Japanese Prime Minister Naoto Kan promised to provide more complete and accurate information about the state around the Fukushima-1 nuclear power plant. At a meeting of the government emergency operations headquarters for the Ministry of Science and Technology, the police and self-defense forces, they were ordered to conduct thorough measurements of radiation levels and provide the population with accurate information about the situation in connection with the Fukushima-1 accident.

The head of the cabinet pointed to the need to take "emergency measures for the population in disaster areas in the radius from 20 to 30 kilometers from the nuclear power plant." According to him, over 26 thousands of people were rescued within five days after the devastating earthquake and tsunami that hit Japan on March 11. He also promised to strengthen the work of transport services for the delivery of food, water and fuel to the population of the affected areas.

Apparently, the generally soothing tone of the reports of the Japanese authorities did not convince the countries neighboring Japan of the safety of their fellow citizens. Several foreign embassies in the Japanese capital recommended their employees and tourists to leave areas of Japan, where there were signs of rising radiation levels, and some states are taking measures to evacuate their citizens from the country.

In particular, China is expanding plans to evacuate compatriots from the Japanese islands. According to the PRC embassy in Tokyo, more than 2 thousands of Chinese were evacuated to their homeland from the Japanese capital, Niigata, as well as from the provinces of Miyagi, Fukushima, Ibaraki, which were most affected by the earthquake and tsunami and where the radioactive background is elevated. Chinese airlines in recent days have significantly increased the number of their flights to Japan, where there are about 33 thousands of Chinese, for the export of their fellow citizens.

The US Embassy in Tokyo recommended that American citizens who live within 80 kilometers from the Fukushima-1 nuclear power plant "leave this zone or take shelter inside the premises if safe evacuation is not possible." The British Foreign Office has also made a recommendation to British nationals in Japan to consider leaving Tokyo and areas north of the Japanese capital. The Swiss government recommended its citizens to leave Japan, or at least to get as far as possible from the risk zone. The Swiss are invited to use regular flights, but if necessary, Bern promises to organize charter flights. A total of 1890 Swiss are currently in Japan, and the Swiss embassy in Tokyo was able to establish contact with 1592 of them.

The national airline "Air France" at the request of the French authorities decided to increase the number of flights from Japan to help the export of citizens. According to the company, until the end of March a special reduced fare will be valid for tickets from Tokyo and Osaka in the direction of Paris. At the same time, the French Foreign Ministry assured that "we are not talking about a massive evacuation of people." Before the disaster in Japan, there were about 9 thousands of registered French citizens, and over the past week about a thousand of them have already left the country.

Meanwhile, as was reported on Wednesday at the Foreign Ministry of the Russian Federation, Russia is exporting family members of employees of Russian institutions from Japan. "In connection with the current situation in Japan, a decision was made to temporarily leave the country for the family members of employees of Russian institutions in Japan, including the embassy in Tokyo, consulates general, trade mission, on March 10, 18," the ministry said, stating that the evacuation of diplomatic missions and workers of other Russian state institutions are not speaking at this stage. The largest Russian air carrier Aeroflot has appointed an additional flight on the Moscow-Tokyo-Moscow route to transport Russians who are now in Japan, ITAR-TASS reports. 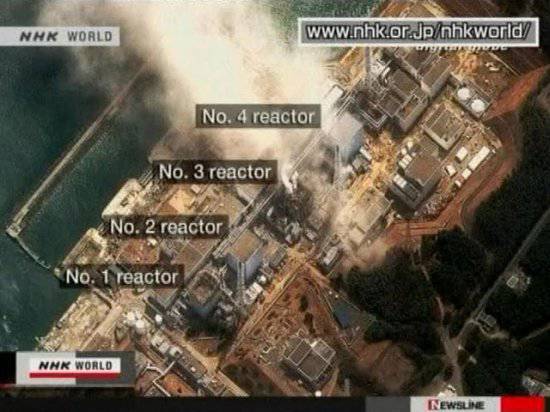 The radiation level over the nuclear power plant "Fukushima-1" decreased, but only slightly

After the operation of the discharge of water to the emergency reactor of the nuclear power plant "Fukushima-1" the radiation level over the station decreased only by 30 microsiever per hour. This was reported in the Tokyo company - the operator of the station Tokyo Electric Power.

Such data became known after a measurement carried out this morning from a helicopter of the Japanese self-defense forces, after which another military helicopter dropped water on the fourth emergency nuclear reactor.

Today it was reported that in Kamchatka, the number of posts controlling background radiation was increased to 70 units. The Mi-8 EMERCOM of Russia helicopter is connected to the work, with which the radiation level over the cities of Petropavlovsk-Kamchatsky, Elizovo and Vilyuchinsk will be measured. According to the latest data, the radiation level in Kamchatka does not exceed the background level and is no more than 11 microroentgen per hour. According to the regional government, the permissible level is 30 microroentgen per hour.

We are in Yandex Zen
DPRK nuclear progress recognized at the level of the IAEA
1 comment
Information
Dear reader, to leave comments on the publication, you must to register.