New ways to serve in the army 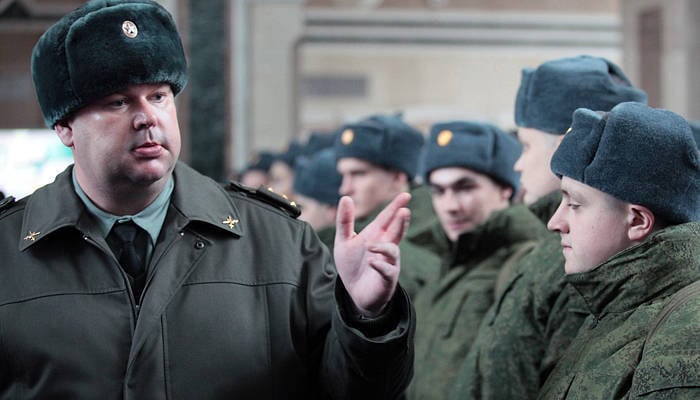 In spring, the first scientific companies were established in our country. Such units are created from talented students of technical universities, who serve in the Russian army and, without distracting, conduct scientific research on the order of the Ministry of Defense. Programmers, mathematicians, radio electronics, physics, electrical engineering, and students and graduates of other specialties can be accepted into scientific companies.

Of course, service in such companies goes to the fixed-term service. the Russian army.

Soldiers such mouths will teach to handle weaponsHowever, their combat mission will be of a purely research nature: students will be engaged in the development of new aircraft engines, navigation complexes, unmanned aerial vehicles, the improvement of army mobile communication systems and electronic warfare systems.

The state not only created scientific companies, but also provided favorable conditions so that the conscripts did not distract from their scientific developments. All domestic issues are now solved at a completely new level. Special outsourcing companies solve all household tasks, are engaged in cleaning, supply only high-quality and useful products, provide healthy food soldierswash their form.

Incredibly remarkable changes occurred in the army diet. Guys waiting for a buffet, hearty meals to choose from and healthy products. Equally joyful changes are introduced not only in scientific companies, and are already being implemented in almost all military units of Russia.

So, the scientific divisions will be given full research freedom, they will be able to do only science, without any distractions. Such comfortable conditions, undoubtedly, will give their results and, probably, scientific companies will still force them to talk about themselves.

To further increase the productivity of the work of scientific companies, special restrictions were introduced. Not everyone can get to these units far; for this you need to pass a competition:

The competition for enrollment in scientific units in the spring was quite high, most likely, it will increase even more during the autumn draft.

It is very joyful that such projects are being created in our country where everyone can express themselves to the best of their abilities. These are very positive and promising initiatives.