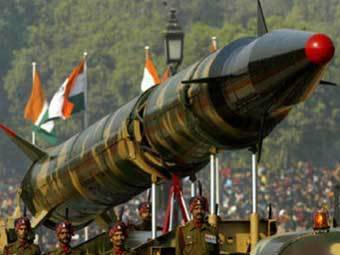 India at the present time is a state with a powerful economy, huge human reserves, and also a nuclear power.

India has developed a developed nuclear power industry and the nuclear industry, including all parts of the nuclear fuel cycle, the republic’s armed forces are equipped with nuclear weapons, construction of the submarine nuclear fleet. The nuclear weapons system as a means of deterrence and counteraction, mainly with regard to Pakistan and China, is divided in the army of the Republic between the three branches of the armed forces. This triad of nuclear weapons is a delivery vehicle in the form of ballistic missiles for ground, air and naval forces.

India made the first nuclear test with a 20 kilo ton 18 in May of 1974 at the Pokharan test site in Rajasthan. India officially became a nuclear power in 1998, having completed a series of 5 underground nuclear tests "Shakti-98". Currently, India can produce two warheads per year.

The attempt of the world community to limit the development of India’s nuclear program, when Delhi refused to accede to the Treaty on the Non-Proliferation of Nuclear Weapons, was not crowned with success. India continued the development of both a military program and a peaceful one, achieving good results. India is among the world leaders in the development of "fast" nuclear reactors - fast neutrons.

In India, a three-stage program has been created, based on the idea of ​​closing the nuclear fuel cycle:

- 2 Stage - isolated plutonium should be used as nuclear fuel on power units with “fast” reactors. At first, they plan to use oxide uranium fuel on power units with “fast” reactors, after which it will be replaced by metal fuel — uranium-plutonium, and then with thorium loading. Thorium wants to start using (it has fairly good reserves in India - according to various estimates from 225 to 360 thousand tons) from the 2050 year.

- The introduction of thorium will allow to proceed to the 3-th stage of the program - to begin the development of uranium-233. To develop promising nuclear energy technologies, Indian nuclear scientists have created a project for a heavy-water AHWR reactor designed for the use of thorium.

The prototype of the future atomic energy on fast neutrons is the Indian demonstration power unit PFBR-500 (with the installed electrical power 500 megawatts), which is being built in Kalpakkam. The reactor coolant is liquid sodium.

A special structure has been created in the structure of the Indian armed forces to control nuclear forces - the NCA (Nuclear Command Authority), the Nuclear Command Administration. It is not only a military, but also a military-political governing body. Nuclear command is engaged in nuclear planning in the interests of defense, is responsible for making and implementing the decision on the use of nuclear weapons to repel external aggression, headed by the Prime Minister.

The body of the operational-technical military command directly subordinate to the NCA and the chairman of the chiefs of staff of the armed forces of India is the Strategic Forces Command (SFC) formed in 2003. It coordinates the actions of the nuclear components of the ground forces and the air force, represented by units of ground troops equipped with ground-based ballistic missiles and aviation squadrons of nuclear carrier aircraft. In the foreseeable future, the area of ​​responsibility of the SFC will also include the currently created naval strategic nuclear forces. 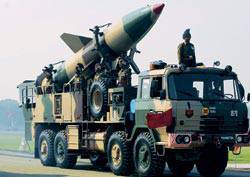 It is possible that work is underway in India to build railway launchers for Agni-2 missiles.

A medium-range ballistic missile (5500 kilometers) "Agni-3", capable of striking, for example, Beijing and Shanghai, was successfully tested. An Agni-5 intercontinental ballistic missile is also under development. After their adoption, Delhi will be able to hit any object in China. The new SS-250 “Prithvi-2” tactical missile (250 – 350 kilometers) was created for the ground-based air force missile units, but it may also go to the ground forces. There is also a naval version of the Prithvi-3 (range - 350 kilometers) of the "surface-ship-to-ground" class. 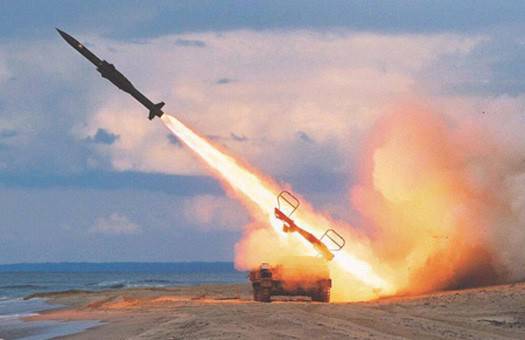 India began to create the naval component of its nuclear forces with the help of the USSR. In 1988, the Indian Navy was leased to the 43 submarine K-670. In India, it was called the "Chakra", for three years of its lease, Indian sailors got a unique experience of using it.

In the Russian Federation, this good tradition was continued; for the Indian Navy, the multipurpose nuclear submarine K-152 (“Nerpa”) of the 971 project built in Komsomolsk-on-Amur was designed. The lease term will be up to 10 years, the Indians also called it “Chakra”.

In addition, the Indians themselves are building submarines, and strategic, armed with nuclear ballistic missiles. Under the ATV program (Advanced Technology Vessel - “Vessel of Advanced Technology”), three submarines are under construction, the project was created at the end of the 80s. The head submarine "Arikhant" (in Sanskrit means "enemy slayer") will be put into operation in this or 2012 year. Its strike power is made up of X-NUMX K-12 Sagarik medium-range ballistic missiles. This rocket was developed by the Hyderabad rocket center of the multi-national defense enterprise DRDO - the same one that created the Agni and Prithvi rockets. The first underwater launch of the Sagariki from a submerged test pontoon took place in the 15 year. The following Indian nuclear submarines may be armed with more long-range KX ballistic missiles, which are the sea version of the Agni-2008 land-based missile. India plans to build two more nuclear submarines. 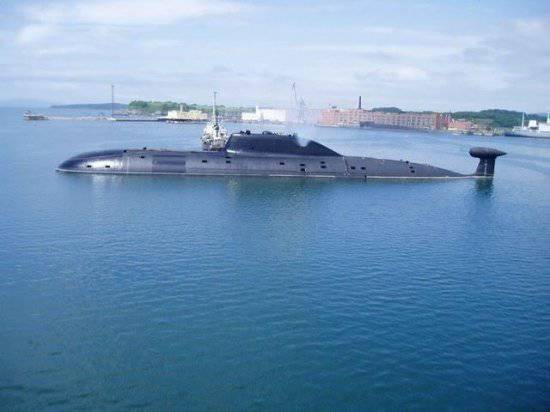 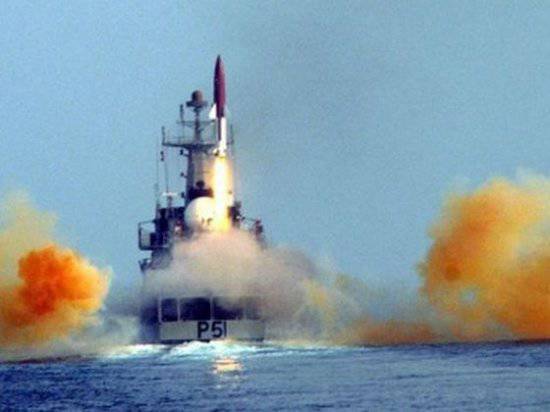