Launched the third ship of the LCS Independent class. 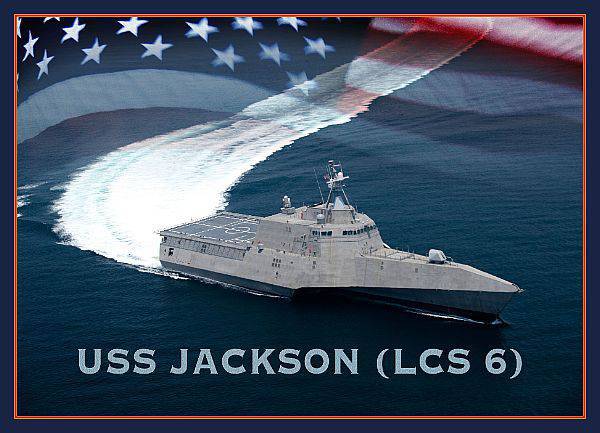 14 December launched the future USS Jakscon (LCS-5) at Austal USA's Mobile (Alabama) shipyard, which was another major milestone in the Littoral combat ship program. This is stated in the press release of the US Navy on December 15.


Next week at the shipyard Marinette Marine Corp. in Wisconsin, another LCS class ship, the USS Milwaukee (LCS-5), will be launched.

“Watching a few ships on Mobile’s embankment is great,” said Captain Tom Anderson, program manager for LCS. "Serial construction is in full swing at both production sites, and we see an important stage in the construction of ships."

The baptism ceremony of USS Jakscon will be held in the spring of next year.

Ctrl Enter
Noticed oshЫbku Highlight text and press. Ctrl + Enter
We are
LCS Project ProblemsFuture King of the Coastal Zone
19 comments
Information
Dear reader, to leave comments on the publication, you must to register.