Late Soviet “Poverty and Failure”, or How We Believed in the Objectivity of Words on Food Deficit

December 17 2013
100
Recently, it has become popular to compare the standard of living, filling shelves with various goods, the quality of these products, labor productivity, industrial production rates and the level of purchasing (or, as is often said, consumer) ability of an average citizen of modern Russia and a citizen of the Soviet Union. As a starting point for comparison, the reporting data of the Council of Ministers of the USSR and the data of the current Cabinet (or information from so-called independent audit agencies) are usually used.


On the basis of such a comparison, some people conclude that “life has become better, life has become more fun,” others argue that the situation has become much worse than it was in the USSR, and others are inclined to say that it’s incorrect to compare, in principle. Each on this account has a series of his own arguments, and the arguments of some often do not impress others, and vice versa.

To compare statistically, really, is not easy. It is not easy, at least for the reason that a priori it is necessary to trust the data provided by the Soviet authorities and the authorities (or “independent” appraisers) of the present. And this idea, for obvious reasons, to put it mildly, does not always correlate with objective reality, and it often looks like the “average temperature in the hospital.” However, there are numbers, and therefore (even if one assumes that they have been imprisoned then, they are still coaxing), then, in principle, one can come to a certain objectivity of comparison.

For a start, it is worth presenting information that relates to the level of the so-called purchasing power of the average Soviet citizen and citizen of modern Russia. Comparison in this case can be carried out on food products (cars, apartments or household appliances as purchased goods, for obvious reasons, it is senseless to use as an object of comparison). Immediately, it is necessary to emphasize that the comparison can be carried out more or less, as it is now commonly said, taking into account the USSR figures of the late eighties - the beginning of 90's (more or less open information) and the indicators of modern Russia.

So, how many could afford one or another product to acquire a Soviet citizen (of course, the average) sample 1989-1990. and the average modern citizen. In order to form a situation that is suitable for statistical analysis, it is necessary to make a start not from the abundance or absence of goods on the shelves of shops and on the market stalls (more about this later), but solely on the level of income and prices for certain types of goods. Prices and average per capita income of the 1990 sample of the year are presented on the basis of the reporting materials of the USSR Council of Ministers and separately by the USSR State Committee on Statistics (data for November 1990), as well as on the basis of the FBK analytical center. Current data on food prices and incomes of the population are presented by Rosstat.

The average monthly salary in the USSR in 1990, according to the USSR State Committee for Statistics, was 303 rubles. The average monthly salary in Russia in 2013 year, according to Rosstat, will be about 29 thousand rubles. Based on these salary parameters and average price levels in the country, it turns out that a Soviet citizen in 1990 could buy (for each type of product as a whole) his wages, for example, 757 kg of potatoes, 130 kg of beef, about 1010 l of milk, 337 kg of sugar, 178 liters of sunflower oil, 606 kg of flour or 17 liters of vodka. Again, he could have done it purely mathematically (the coupon distribution and other “charms” of this particular Soviet period are not taken into account). The average modern Russian can afford the average wage (if we talk about the same products) 117 kg of beef, 790 l of milk, 951 kg of flour, 86 l of vodka, 374 l of sunflower oil, 717 kg of sugar or 1397 kg of potatoes.

If we are guided by these data, it turns out that a modern Russian can buy 10% less beef at his average monthly salary, 21% less milk, but for all the other products mentioned, the modern Russian citizen is already inferior to the Soviet citizen 1990. Particularly impressive is the increase in the availability of vodka - it is more than fivefold (and this is only at prices and wages, not to mention such a concept as the late Soviet deficit)! The possibility of buying flour has increased compared to the late Soviet period by 57%, potatoes - by 84%, vegetable oil and sugar - more than doubled.

Now it’s about the late Soviet deficit. Having survived this deficiency, each on his own, forgive, the skin, having stood in lines with the coupons squeezed in a fist for sugar or chicken eggs, today we hear: they say, they are to blame themselves ... But adherents of this argument often rely on information allegedly about a huge decrease in labor productivity at the end of 80-x - the beginning of 90-x in the USSR, for crop failures, “arrears” and the complete failure of the planned economy. They say they didn’t sow anything in the fields and didn’t clean it, they didn’t work properly, but you think about the possibility of a sufficient amount of goods in Soviet stores ...

Many fellow citizens really believe such an argument and are inclined to believe that in the last few years of its existence, the Soviet Union did not produce anything, but only expected the arrival of its own end. In fact, talking about the fact that the empty shelves of 1990-1991’s Soviet stores are the result of total Soviet parasitism and sloppiness is nothing more than a “black myth”. The share of capital investments in agriculture in 1990 was 17,1% (today is about 16%), while the efficiency of Soviet agriculture in modern Russia is still significantly lagging (a gap of about 20% is an average) from Soviet efficiency even in the late period. In the 2012-2013 years, the production level of the livestock production complex is no more than 70% of the 1990 production level of the year, and crop production - 88%. The fish catch in 1990 amounted to 8 mln. Tons, in 2012 - 4,1 mln. Tons (here, however, it is necessary to take into account the decrease in the number of ports used in the Baltic, Caspian, Black Sea). However, at the beginning of 90's, the shelves of Soviet stores were empty, but the shelves of modern outlets literally bursting with various kinds of products. Its quality is a separate issue, but now it’s not about that.

So what's the matter, where did the products go from the Soviet fields, from the collective farms, for whom the processing industry worked? Where have food disappeared at all, and where did the deficit come from, if the level of food production in the USSR in 1990 was in many ways even higher than today? 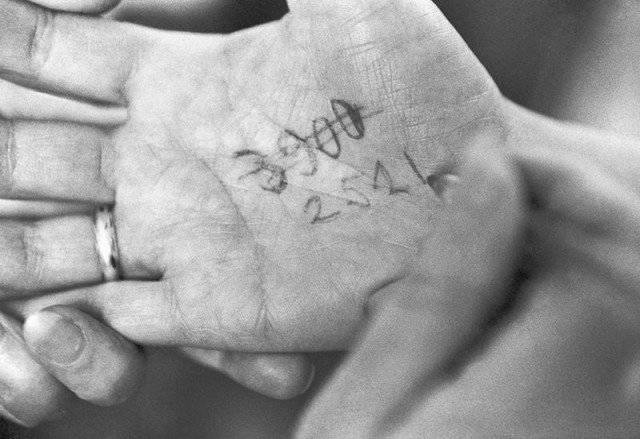 All these questions find the answer, if we turn to the following fact: as soon as the statesmen decided to switch to complete liberalization of the economy with an unrestrained price increase, the store shelves began to fill up again with goods. And in a number of cases it happened that even “last night” the shelves of the city shop were empty, and “this morning” they had vegetables and meat, and a sufficient amount of bakery products, canned goods, and much more, but already completely different prices. Is it too fast, considering all the talk about the fact that the country allegedly did not produce anything anymore ...

These dramatic changes caught millions of citizens, realizing that the deficit was clearly artificial. That is, the goods were actually produced in the former (or close to the same) volumes, but they were not sent to the store shelves, but to warehouses, which is called “until better times.” Obviously, such perturbations without the knowledge of the higher authorities of the state could not take place, no matter how strong or weak these authorities were. That is, there was a place to be, shall we say, a tacit consent to planting the idea of ​​insolvency and deficiency. In many ways, it resembles the famous “bread riots” of 1917 of the year ... It seems that the deficit of the beginning of 90's, like the shortage of essential goods of 1917, are segments of one whole - that contributes to the artificial formation of public opinion about the state's insolvency. Were the authors of this strategy inside the state, or outside it - already separate история... Some (ideologues or simple performers) were later even awarded ...

Ctrl Enter
Noticed oshЫbku Highlight text and press. Ctrl + Enter
We are
My grandfather's front-line letters (part 2)The truth about the deficit in the USSR
100 comments
Information
Dear reader, to leave comments on the publication, you must to register.