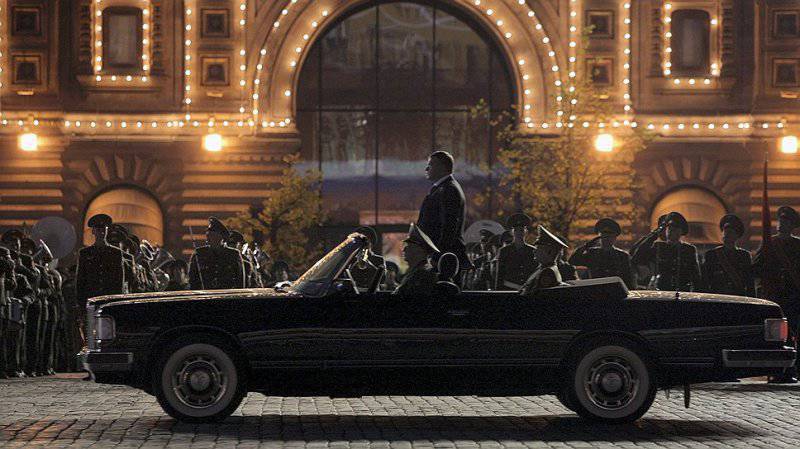 As it became known to Kommersant, the investigation of the criminal case initiated against former Defense Minister Anatoly Serdyukov was completed. He is charged with negligence, because of which, at the expense of the army, the recreation center of Mr. Serdyukov’s relative was illegally improved. The re-qualification of a previously charged charge for a more serious one, which the representatives of the TFR hinted at, did not happen. Thus, the defendant had a real chance to avoid further criminal prosecution under an amnesty, if, of course, his girlfriend and former subordinate Yevgeny Vasilyeva still would not testify against him in the Oboronservis case.

According to Kommersant’s information, the former Minister Serdyukov and his lawyer Konstantin Rivkin were invited to the Main Military Investigation Department (GVSU) of the TFR last Friday. The agenda provided a standard reason - for the production of investigative actions, therefore the statement by the GVSU officer that all investigative actions were in fact completed was in some way a surprise for both the accused and his defense counsel. Mr Serdyukov was not even asked to sign the so-called final version of the accusation, suggesting a refined interpretation of the claims set out at the beginning of the investigation. GVSU, thus, acknowledged that in two weeks, during which the case of negligence was being investigated, it was not possible to obtain any new evidence to correct the original charge, and even more so to retrain it for the more serious article of the Criminal Code.

In other words, the military investigation agreed that the Defense Ministry invested 56 million rubles. to the accomplishment of Anatoly Serdyukov Valery Puzikov’s son-in-law elite fishing and hunting recreation center “Zhitnoye” in the Astrakhan Region only due to an oversight of the then minister. Because of his “neglect of official duties” to a commercial facility, a highway with pontoon and automobile bridges was built at the army’s expense, the steppe territory of Zhitnoy was ennobled with lawn grass and pyramidal poplars, and Italian furniture appeared in the elite cottages.

It should be noted that the base improvement circumstances were investigated for almost a year, but Mr. Serdyukov, who, according to his colleagues, personally supervised the construction of the road to Zhitnom, and sent his adviser on special assignments for gardening and furnishing the base, was a witness in the criminal case.

For almost the entire duration of the investigation, the case included “unidentified officials of the Ministry of Defense,” and he was charged with “abuse of office with serious consequences” (part 3 Art. 285 of the Criminal Code of the Russian Federation, up to ten years imprisonment). As soon as the eminent person involved appeared in the investigation, the grave article on abuse was immediately retrained to symbolic “Negligence” (part 1 Art. 293 of the RF Criminal Code, it even provides for such a punishment as a penalty in the amount of a monthly salary).

Now Mr. Serdyukov and his defense will have to get acquainted with the materials of the criminal case. The procedure will be started next Tuesday and should take a lot of time: in the criminal case 53 volume. However, the familiarization can be completed ahead of schedule due to the introduction of the amnesty devoted to the 20 anniversary of the Constitution of the Russian Federation. In any case, after Mr. Puzikov and his partner donated "Zhitnoye" to two autonomous budget institutions of the Ministry of Defense, the damage caused to the army department is considered to be repaid, and this circumstance gives Mr. Serdyukov a real chance to solve the problem with the criminal case in the pretrial order.

In the opinion of a source close to GVSU, the one-person who can close the planned release of the ex-minister from criminal prosecution is now possible only for one person - close friend of Anatoly Serdyukov, who held the post of head of the Department of Property Relations (DIO) of the Ministry of Defense Yevgeny Vasilyeva. The prospects of Ms. Vasilyeva, accused under four grave articles of the Criminal Code of the Russian Federation in the criminal case of Oboronservis OJSC on large-scale embezzlement of the Defense Ministry’s property, are not so bright. To date, the military investigation has been loyal to her, allowing, for example, to wait for a trial under house arrest. Mrs. Vasilyeva, in turn, while refusing to testify. It is possible that due to this circumstance, her former immediate superior, Anatoly Serdyukov, remains a witness in the Oboronservis case. At the moment, it is believed that the ex-head of the DIO and its affiliated military officials and merchants committed fraudulent transactions with the real estate objects of the Ministry of Defense on their own initiative, and Anatoly Serdyukov, as stated in the criminal case, "misleading."

Meanwhile, if the case of the alleged organizer of the scams Vasilyeva reaches the court and the former military official realizes that she, unlike the ex-minister, is facing a real time, she can break the "vow of silence". In this scenario, Anatoly Serdyukov, who actually avoided responsibility in the improvement case of Zhitniy, could replenish the list of the accused in the case of Oboronservis that was not subject to an amnesty. In order to prevent such a development of events, according to the source of “Kommersant”, all the forces and means of Anatoly Serdyukov’s team are now thrown at the organization of the defense of Evgenia Vasilyeva.

Konstantin Rivkin, Anatoly Serdyukov’s lawyer, told Kommersant that the law on amnesty has not yet been adopted, therefore it is premature to make any predictions on this topic.

Ctrl Enter
Noticed a mistake Highlight text and press. Ctrl + Enter
We are
New sharp turns in the Oboronservis case: an agenda for Anatoly SerdyukovSit, but at home. Evgenia Vasilyeva arrested in the case of Oboronservis
60 comments
Information
Dear reader, to leave comments on the publication, you must to register.