The great tragedy of the Syrian Arda

December 16 2013
26
Construction engineer Nizar Hassan lived in the city of workers - Adre, along with his wife Maysun and children - 10-year-old schoolboy Bishr and very small Bashar, who was not even two years old. On that day, under the roar of shooting and ruptures, he realized that quiet family life had come to an end - terrorists burst into Adra. And no chance of salvation.


When Al-Qaeda’s ominous black flags filled the city, when they appeared on its street — thugs who didn’t know pity, he managed to call his brother. “We are surrounded, but I will not surrender to them and will not give the family. I have a surprise for them, ”said Nizar. 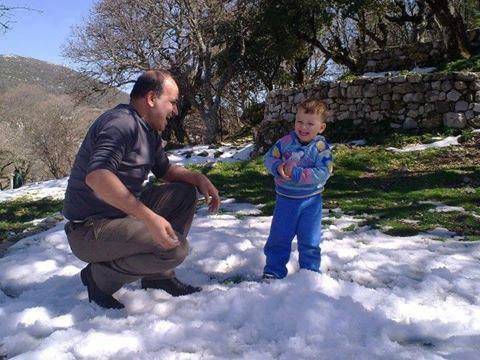 Nizar Hassan with his son Bishrom 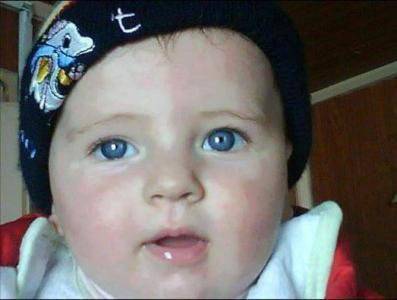 ... It was in ancient times of antiquity - when barbarians attacked ancient Rome, its inhabitants killed wives and children, after which they slaughtered themselves with a sword. Europeans are proud of their historyThey are proud of the fact that they were so rebellious and courageous people who preferred martyrdom to dishonor, captivity and humiliation. Their valor is glorified in the finest works of art. But only after millennia, the heirs of ancient Rome - the countries of Western Europe - support the real heirs of the barbarians. Barbarians in the face of the "Syrian opposition", in whose hands it is better not to fall alive.

The Syrians know what was waiting for the residents of villages and villages in the north of the province of Latakia, when savages “oppositionists” rushed in. Women were raped, babies were torn in half. Many children were taken away in an unknown direction - then they, the dead, were recognized on video clips at a very different end of Syria - in the Eastern Guta area of ​​Damascus province. The terrorists betrayed them as “Himataka victims”, allegedly carried out by the Syrian army.
Nizar did not want to see the abuse of scumbags over his wife, did not want his sons to suffer torture before killing. But he knew that for the ruthless militants his family is “unfaithful,” which means that no mercy is to be expected. He had two grenades, reserved in case of emergency. And here it is.

Maysun understood everything. She agreed with her husband’s decision and also decided that death was better than disgrace. The last time she embraced her sons, hoping that they would die immediately, and they would not be hurt. The terrorists were already in the yard.

One grenade Nizar killed his wife and children. The second one I saved up until the moment when “democracy” comes closer ... And she, in the guise of Al Qaeda, did not take long to wait and began to break the door.

The second grenade exploded. The engineer, dying, took with him to the grave 8 gangsters. At least these eight will no longer rape women and torture people just for belonging to another branch of Islam, will not cut their heads and burn children alive, as their accomplices do.

... The army took the city into a tight ring. Modern buildings, wide streets - all this is for the benefit of the military. These are not the narrow streets of ancient cities where it is incredibly difficult for the army team to advance. Soon Adra will be cleared of the modern cruel barbarians, hiding behind the slogans of the “struggle for freedom”.

But not to return Nizar and his lost family. Do not return the life of Dr. Georgy Makhulyu - a Christian doctor, to whom the bandits cut off his head, and his body was dragged along the streets of the city. And do not return the life of Abu Ibrahim and his family. First, the gangsters fired at the apartment of this family from the RPG, and then set fire to the entire residential building ...

Residents of Damascus, who have relatives and friends in Adra, are afraid to call them - you can hear the endless sound of long beeps ... One woman, calling relatives, heard an agitated voice: "The terrorists are breaking into our apartment right now!" Then the crash of a broken door and a rough shout sounded in the telephone receiver: “Where is your brother?”. The connection was lost, and no one else responds to this number.

Are you silent, indifferent planet? And you, the mighty of this world, do not be silent. Tomorrow, you will again gather for a regular meeting, where you will again speak of "non-lethal assistance" of the Syrian "opposition." On the "struggle for democracy." Blame the crimes are not true bandits, and the legitimate leadership and army of the country - those who still do not allow to turn all Syria into solid Adra. Perhaps, even for order, slightly rebuke the terrorists, while in another office your special services will develop new plans for supplying them weapons. But the blood of Nizar, Maysun and their young sons is on your barbarous hands!

Ctrl Enter
Noticed oshЫbku Highlight text and press. Ctrl + Enter
We are
Situational awareness: saving the lives of car crews
26 comments
Information
Dear reader, to leave comments on the publication, you must to register.