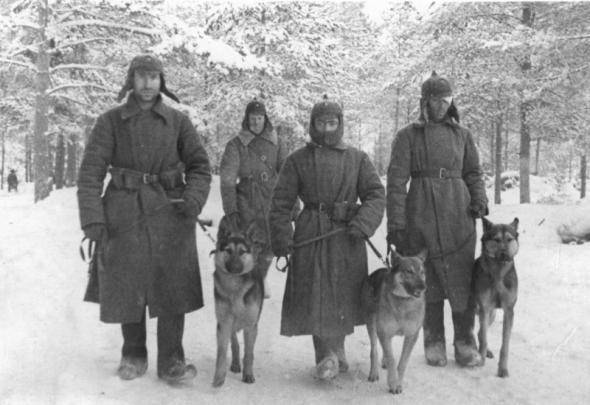 The dog is a friend of man. And, like true friends, dogs not only walked side by side with people, and sometimes even went ahead. During the war, the dogs shared with the man all the sorrows and difficulties. Even despite dog heart disease and other diseases that our four-legged friends are subject to, dogs have always been indispensable helpers at the front. What are the main tasks they performed?

Sanitary dogs. During the Great Patriotic War, dogs transported ammunition and also took the wounded out of the battlefield. There, to which the military orderlies could not reach, they sent health dogs. They helped those who needed medical help immediately. Medical orderlies carried a bag with medicines on their sides. They crawled up to the wounded man and waited for him to tie up his wounds. And only then crawled to another wounded. Unlike people, they accurately determined whether a person is alive or dead. To unconscious people, the orderlies dogs licked their faces, thereby trying to revive, and in fierce frosts they warmed the wounded with the warmth of their bodies.

Mine detection dogs. During the Great Patriotic War, these dogs found more than four million very different types of explosives. Such dogs walk with a sapper counselor. Thanks to their scent, they find explosives much more likely than humans.

Communication dogs. Where a person cannot pass, a dog passes. During the entire war, the signaling dogs delivered more than one hundred thousand reports. There were cases when even a mortally wounded dog literally crawled to its destination, thereby fulfilling its mission.

Demoman dogs. The task of such dogs was to undermine various structures (most often bridges or railway tracks). On the backs of these dogs fastened a pack stuffed with explosives. The dog must deliver it to its destination, and then pull the lever, which frees it from the deadly load. In the same way, dogs were undermined Tanks and other military equipment. Unfortunately, demolition dogs often died during this task.

Military dogs are really true comrades. Even if the dog did not perform any special tasks at the front, she was always a talisman for the soldiers, helping to overcome all the hardships and privations of the war.

Ctrl Enter
Noticed oshЫbku Highlight text and press. Ctrl + Enter
We are
Four-legged orderliesThe most faithful friend. Dogs in the service of people from antiquity to our time