"Sorry for not being killed." 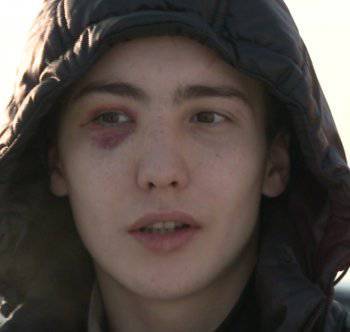 With these words, I was greeted in Belousovo (of inter-ethnic conflict in the country wrote earlier).


... The bus stop is crowded, people are discussing an article in Tomsk the news"" Who benefits from chatting up a mass brawl in the Tomsk region? "

- Of course, they [the authorities] are afraid that their heads will fly now! Yes, and against whom they will not go? These [further intolerant] everyone at the top bought! They say so: you think they beat me, but they did not kill you! And what do they need it to be like in Biryulyovo ?! To the people out on the street? Are we now living at home in fear? - speak at once, interrupting each other.

A bus that comes up picks up the spontaneously razed ones. I go to the epicenter of events.

“Yes, yes, everything was there,” says the saleswoman Lena. “No, I did not work that day, but who saw, they say: there was a slaughter!”

Buyers are willing to enter into dialogue, tell the details, but refuse to introduce themselves.

- We still have to live here! And nowhere you will not find the truth - they attacked Belousovsky, and they are now doing guilty!

It turned out that the participants in the conflict were at that time in the administration of the Bogashevsky settlement.

I'm going there, at the administration building a group of men. Fresh bruises on their faces speak for themselves - it is impossible to make a mistake.

- They invited me to meet with the attackers ... They thought it would end well. And they blame us, as if we had attacked them! - says Sergey Belan.

- What to do? - do not know! Where to look for protection, if the authorities accuse us of inciting ethnic hatred? - Dmitry Medvedev asks.

One of the men has tears in his eyes:

- What are we to blame? That you came out to protect your children?

Meanwhile, a delegation of officials from the regional administration and the management of the Internal Affairs Directorate arrived at the administration to meet with the conflict participants. Belousovtsev was invited to the office of the head of the Bogashevsky settlement. Outsiders are not allowed. Mr. Mazurenko flatly refused to give any comments to the media, believing that they provoke incitement of ethnic hatred.

- Well, what ethnic conflict ?! Just think about the girls had a fight, who does not happen?

My objections that not every fight for which the love triangle served as a pretext continues with the arrival of several dozen people with bats and with threats “You are rams, and we are the masters here!” Mazurenko considered inflating the situation.

The wives and mothers of the victims were not invited to the office either. We talk in the corridor.

- Most of all now we are afraid that we will be alone! - says Olga Medvedeva.

It was she who appealed to the brutalized visitors. "Guys, stop! You have wives too, children! ”

Having received an invitation to the local administration, the Belarussians rode with complete confidence that they would be apologized and, ultimately, they would go to the world. Imagine their surprise when they not only didn’t hear the apology, but also found out that ... they attacked the friendly guests who arrived in Belousovo with the aim of talking peacefully!

Now the residents of Belousovo are very careful in their comments.

- I have already spoken so much - Olga Medvedeva shares - that I’m just afraid! I'll be home alone, and they will come and kill me!

The results of the meeting with the Belarusian guests were sad: eight statements to the residents of Belousov were written by visitors with bats. A criminal case was opened on the residents who called for help.

And the article in “Tomsk news”, which was so reassuring for the Belarusian residents, was removed.

I would like to remind our powers that Manezh did not happen because of the murder. Manezhka happened because the authorities began to cover the suspects in the crime.

When I wrote this, Olga Medvedeva called:

- It is said that Nikita's girl over illiteracy gave testimony that can be used against him. We need a lawyer ...

Ctrl Enter
Noticed oshЫbku Highlight text and press. Ctrl + Enter
We are
What you didn't want to know about EnglandInterview by President Bashar Al-Assad to the Sunday Times
117 comments
Information
Dear reader, to leave comments on the publication, you must to register.