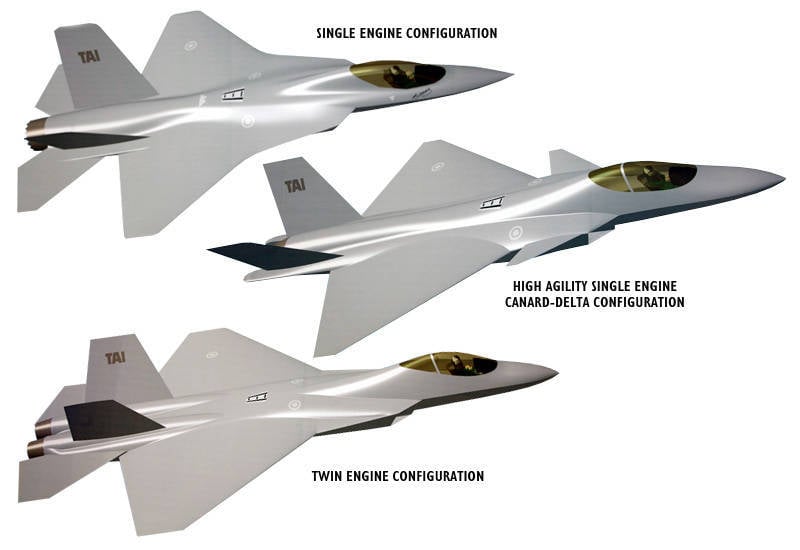 
“Now we have the opportunity to implement a national fighter program. We know that this will be a difficult task, but we believe that our aviation industry has the ability to take the aircraft into the air for 15-20 years, ”Bayar said.

Insiders fear that this project will confirm the words of the former US ambassador to Turkey, who said that “Turkey has ambitions of Rolls-Royce, but has the capabilities of Rover (Turkey had Rolls Royce ambitions but Rover resources - these words were published on the website Wikileaks). But Ankara seems to be serious about creating a national fighter.

“The feasibility study of the program includes the production schedule, costs, technological risks, opportunities for local industry and options for international cooperation. The findings of the feasibility study will be presented to the sub-secretariat of the defense industry at the beginning of 2014 for a final decision, ”Bayard said.

Turkish Prime Minister Recep Tayyip Erdogan (Recep Tayyip Erdogan) is proud to support this program. The project was named TFX, three conceptual designs are considered. The Swedish company Saab, which developed the Gripen fighter, became the “program mentor”. The confidence of the Turkish government gives the fact that national companies have gained some experience by participating in the program to create a fifth-generation American fighter F-35. Thus, Ayesas and KALE had the opportunity to work in the field of aviation, TEI in engine design, TAI in fuselage design and onboard systems integration, Aselsan in avionics, radar and electronics, Roketsan and MKEK in systems weapons, Ayesas and Milsoft in the development of national software, Meteksan in the creation of a national data line. But there is also a financial side.

Defense industry officials estimated that the development and construction of 8 prototypes would cost 11-13 billion US dollars, and this costs only prototypes. If you take the price of one fighter in 100 million dollars, the production program of almost 200 fighters will fly into 20 billion, if you add the cost of prototypes here, the total costs will reach 31-33 billion. But this is very optimistic forecasts. Experts believe that the real budget of the program will be almost 70 billion dollars. Turkey also plans to purchase X-NUMX F-100 fighter jets, which cost between 35 and 16 billion. Thus, both programs will cost Ankara from 20 to 47 billion.

Add to this amount the costs of acquiring new and modernized weapons and military equipment, which range from 3 to 4 billion dollars annually. In this regard, the ambitious military plans of Turkey (plus plans for the construction of aircraft carriers here) can be a confirmation of the bitter words of the US ambassador.

Ctrl Enter
Noticed oshЫbku Highlight text and press. Ctrl + Enter
We are
Energy television. Video receivers on the battlefield
82 comments
Information
Dear reader, to leave comments on the publication, you must to register.