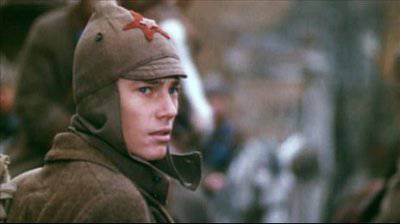 For the upbringing of the inner characteristic core of a young fighter and a future officer, the moral component of the duty of serving the fatherland is incredibly important. And this helps the field of culture, providing for the contemplation and perception of a lot of works of art on the subject of war. The most accessible part of them is the cinema. But today are available for viewing a variety free online movies. Therefore, the duty of a worthy commander and teacher is to recommend to the personnel their own play list.

The sharp plot, strategic subtleties of military action, the only facet of the moral choice of the hero / traitor and the possibility watch for free - this is what draws you from the first frames and imperceptibly inculcates a competent system of values.

Ctrl Enter
Noticed oshЫbku Highlight text and press. Ctrl + Enter
We are
Arrival in Kamchatka of the submarine "Alexander Nevsky"In search of available accuracy. New developments in the field of large-caliber ammunition