USA: Expropriation as a way to survive 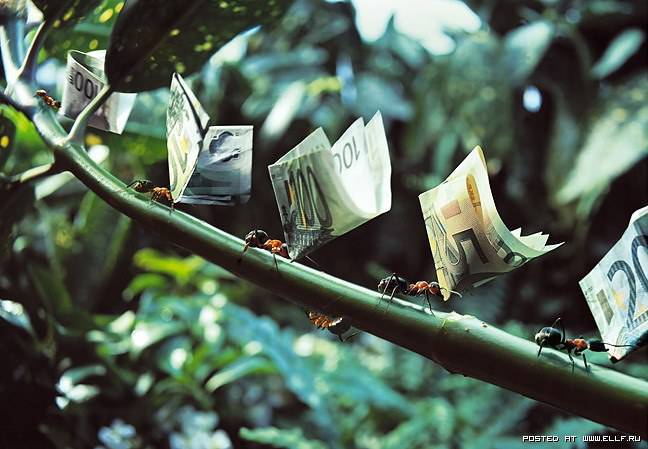 In November, 2013, the chairman of the Senate Finance Committee of the United States, Democrat Max Bocus, proposed a one-time capital tax on corporations. This is a new trend. Its vivid expression was the events of March 2013 of the year in Cyprus, where the operation to confiscate bank deposits was made. Soon this experience was extended to the whole European Union. In June, Brussels adopted a directive, according to which clients' money deposited in client accounts can be used to save banks. European capitalism began to chop the branch on which he sat for several centuries.


In the spring, American authorities turned a blind eye to the events related to bank confiscations in Cyprus. However, according to individual statements of American politicians and economists, it was possible to understand that Washington is eyeing the European experience. Both congressmen, the owner of the White House, and government officials unanimously declare that in the future banks should not count on help from the state treasury. During the crisis, 2008-2009, according to conservative estimates, US banks received at least 1 trillion at the expense of taxpayers. dollars Today, the budget problems of America sharply exacerbated. And at the same time, no one has repealed the principle of “Too Big to Die” (“Too big to die”), which still existed on Wall Street. Washington cannot allow the largest banks of Wall Street to go to the bottom, because then they will pull the entire US banking system, and then the entire US economy, to the bottom. It can be assumed that the largest banks will be saved by their clients. However, for the time being, this seditious conclusion in Washington is not publicly made.

There is an opinion that America is more anxious about the institution of private property than Europe. However, it is not. If Europe still plans to deal with bank confiscations, then America has been practicing them for a long time - under the guise of various economic sanctions against the “wrong” political regimes from the point of view of Washington. And although the economic sanctions in Washington are primarily political goals, in many ways they have already become a business for Uncle Sam. We are talking about freezing of funds of individuals and legal entities of other countries in American banks. From the old examples one can cite US economic sanctions against Cuba. From fresh examples - against Libya, Syria, Iran. Formally, this is not about confiscation, but about freezing or arresting funds in bank accounts. However, first, frozen money is, in fact, an irrevocable deposit. Such a deposit is a gift for any bank, it increases the stability of a credit institution, and allows you to increase assets. Secondly, even after defrosting, the money from the deposit does not necessarily return to their rightful owners. Enough to remember history with Libya. Only the foreign exchange reserves of the Central Bank and the sovereign fund of Libya, located outside the country, were estimated at 2011 a year at 150 billion. Washington achieved freezing of Libyan currency reserves at banks in the United States and other Western countries. At the same time, he promised that after the fall of the "criminal" Gaddafi regime, "the money will be returned to the people." The war ended, but the money never returned to Libya.

Even those who have been engaged in the economy all their lives have heard almost nothing about the “capital tax”. Under capitalism, this tax is complete nonsense; it contradicts the letter and spirit of capitalism. However, sometimes even the most consistent defenders of the capitalist economy remembered this tax. Examples can be found in the work of the famous American economist at Berkeley University professor Barry Eichengrin, The Theory and Practice of Capital Taxation, which was written in the early 1990s. It contains an analysis of individual attempts to introduce in the twentieth century taxes on bank deposits and capital (capital levy). It turns out that, at first, there were very few such attempts. Secondly, it has always been a one-time, rather than a permanent tax. Third, not all attempts ended with the practical introduction of a tax. Fourthly, almost all attempts took place in Europe.

Almost all cases, notes the American economist, refer to the period of the first years after the end of World War 1914-1918, when the economies of European countries were in a state of complete ruin, and the state treasury was empty. Each time the introduction of the tax was accompanied by a discussion: what's worse - the worst debt problems and holes in the budget or the confiscation of part of the capital of citizens. There has always been a conflict between economic expediency and the long-term destructive consequences of violating the fundamental dogma of capitalism about the inviolability of private property. The delays in the discussions led to the fact that under conditions of high inflation the real value of the tax turned out to be extremely insignificant. In addition, the owners of liquid assets managed to take him out of the country, into a shadow or hide. Finally, there were also purely technical problems associated with the complexity of capital valuation. And more often it ended in discussions, the tax was not introduced. So it was in Germany, Hungary, France, Britain. Well-known English economist John M. Keynes was at first an active supporter of the introduction of a capital tax, but then, having deeply understood the issue, he moved to the camp of tax opponents. To some extent, the tax was carried out only in Italy, Czechoslovakia and Austria, but its fiscal effect was extremely small.

For some reason, Professor Barry Eichengrin forgot to say in his study that the "capital tax" was applied not only in Europe but also in America. I mean the operation that the US ruling circles carried out at the height of the 1930's economic crisis. Only she was not called "capital tax". After President Franklin Roosevelt came to the White House, one of his first high-profile decisions was decree number 6102 on the mandatory surrender of gold to the state treasury. The decree entered into force 5 on April 1933. All individuals and legal entities located in the United States were obliged to exchange gold (in the form of coins and ingots) for paper money at 1 dollars per troy ounce before 1933 in May 20,66. The exchange could be made at any bank in the United States that has the right to conduct operations with the metal. The execution of the decree was given a little more than three weeks. Violators were threatened with 10-year imprisonment and a fine of 10.000 dollars (by the standards of that time, a fortune).

In the following year, 1934, Roosevelt signed the law on the state's gold reserve: it provided for the confiscation of gold from banks, which in return received gold certificates. In this case, the reverse exchange of certificates for the metal was prohibited. In 1934, the price of gold was raised to 35 dollars per ounce. Therefore, it is possible to speak not about the purchase of gold by the state at a “fair” price, namely, the confiscation, on which the state earned very good money. By the way, Wall Street banks also earned this. They had access to insider information and advanced their gold in advance outside the United States. After 4, all the state-selected gold was solemnly brought to the purpose-built Fort Knox vault in Kentucky. This law was valid for more than four decades and was repealed only in 1974 year.

In our opinion, the confiscation of gold in 1933-1934. pursued not only and not so much fiscal goals as far-reaching goals of turning the US dollar into a world currency. After 10 years, in 1944, the international conference in Bretton Woods was held in the United States, and the issues of the postwar organization of the global monetary and financial system were discussed. America then managed to push the decision that the US dollar would function as world money, Washington promised the free exchange of the US dollar for the yellow metal to the monetary authorities of other countries. The guarantee of this was the very stock of gold in Fort Knox, which arose as a result of Roosevelt's "golden confiscation".

Let us return, however, today, to the initiative of US Senator Max Bocus, which concerns the introduction of a capital tax. Launching such an initiative on Capitol Hill means that America is going through very difficult times. The proposal was formulated a few days after the thundercloud of US government default passed by (October 17 in the US Congress managed to reach an agreement between Democrats and Republicans to raise the government borrowing ceiling until February 2014 of the year).

I will provide some details regarding the proposed capital tax. This tax Senator Baucus proposes to recover from large US multinational corporations, which for many years accumulated their liquid assets abroad, evading taxes. And this is not about the fine, compensation or payment of debts on the old taxes, namely, the new tax, and one-time. The tax rate is proposed in 20% of the cash reserves of US corporations abroad. What are these cash reserves? Ratings are very different. For the most modest account - at least 2 trillion. dollars. In this case, the tax will give the US treasury 200 billion. However, this is the minimum figure. According to others, the financial assets of US companies outside the country at the end of 2012 amounted to 20,5 trillion. dollars. Congress has already agreed to consider the proposal of Senator Baucus, and US Treasury Secretary Jacob Lew said he found the project interesting. A few years ago, it was impossible to expect such a reaction from the American establishment. This suggests that America, after Europe, was ripe for confiscations and expropriations ...

Ctrl Enter
Noticed oshЫbku Highlight text and press. Ctrl + Enter
We are
The world we leave, the world we enter, and the world between themWay out of chaos
26 comments
Information
Dear reader, to leave comments on the publication, you must to register.