A game of association. Serbia under the rule of Europe 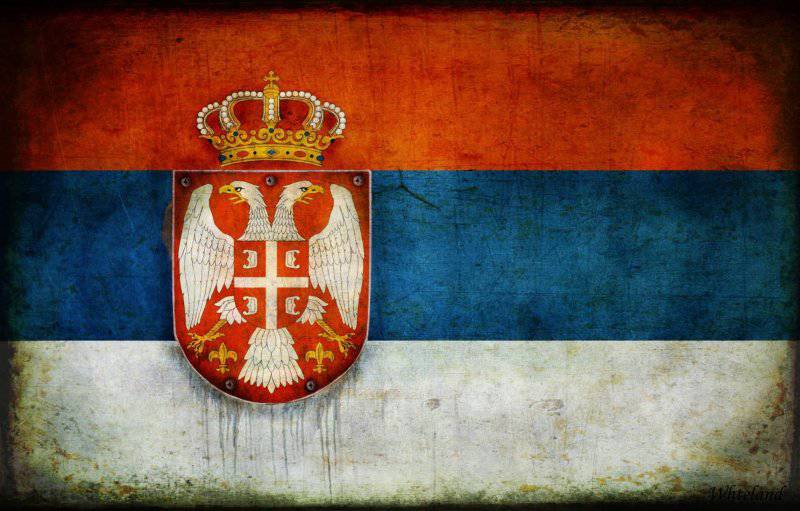 Serbia is a candidate member of the European Union. The economy and especially the energy sector of Serbia is on the mend. In recent years, tax deductions and net income of the country's largest oil company, NIS, have increased, refining capacities have been modernized, and the distribution network has not only been reconstructed, but also has begun expansion into other Balkan countries. But the EU has nothing to do with these successes.

Old Belgrade is a typically southern city with characteristic low houses. It features an incredible number of bakeries. Literally every three hundred meters is a small shop where you can buy baked bread right there. According to local residents, this is the influence of centuries of Turkish yoke. Not the worst possible. Historical the center subtly resembles the Old Arbat in Moscow, and many buildings evoke the memory of St. Petersburg and the Crimean palaces - the current building of the Government of Serbia was designed by architect Nikolai Krasnov, the very one who designed the palace in Livadia.

In addition to traces of the distant past, Belgrade has an imprint of quite recent events by historical standards. So, still the silent reminder of the NATO bombardment has frozen the old building of the Ministry of Internal Affairs on the verge of destruction. It is impossible to restore it because of the damage caused, and it is too expensive to demolish it.

There is also a “living” monument to that war in Belgrade: a building that blindly looks at the street with neatly brick windows, some of which are also protected by bars. Its facade is always freshly painted. And above the entrance is flying a star-striped flag. This is the US embassy, ​​where the Serbs, grateful for the liberation from the “bloody regime” of Milosevic, come to express their appreciation - with heavy objects and paint.

At the end of 1990, Serbia 78 days were driven into the stone age, destroying industrial enterprises and other strategically important objects such as hospitals and schools. There were no forces and means for a full-scale restoration of a defeated and effectively occupied country after the end of the war. And the victim, perhaps, more than other industries, oil refining was held hostage to sanctions. In the post-Hitachi period, local refineries supplied Yugoslavia with fuel by 85%, and their total oil refining capacity was about 9 million tons. After the war, the total capacity of the plants decreased to 7,3 million tons of oil per year. Fell and product quality.

In 2000, Slobodan Milosevic was overthrown. The people hoped for a rise, because they thought that it was only the head of state. And now it's all over, life will go back to normal. But no. The economic crisis, the further disintegration of the state, which ended in 2008, was the rejection of Kosovo. In addition, investment in geological exploration, repair and development of deposits was reduced in 2000-x. By 2009, oil production in Serbia dropped to 600 – 700 thousand tons per year, and about 300 thousand tons per year under the terms of concession and joint development were extracted in Angola. At the same time, the real annual needs of the republic were from 3,8 to 4,3 million tons. The national oil and gas company Naftna Industrija Srbije (NIS) ended the crisis year with a loss of 2009 million euros.

The position of the Serbian gas industry was also unenviable. With the needs of the state 3 billion cubic meters (in the year 2009) production barely reached 500 – 600 million cubic meters per year. Accordingly, it was necessary to import 80% blue fuel. The only way to deliver natural gas to the republic was from Russia via Ukraine via the main gas pipeline leading to Western Europe. From it, through Hungary, blue fuel is transported by an outlet, the capacity of which in the Serbian section is 3,6 billion cubic meters of gas per year.

In 2009, the country became a candidate for membership in the European Union. The then President of the country, Boris Tadic, said that this is the result of 10-year work to integrate the country into the European community and to carry out democratic reforms. And the Americans gave Serbia 17 cars "Hummer". But the economy was not helped either by loans or by loyal change of its legislation under the norms of the EU. Even the fact that the design of the dinar began to resemble the euro did not work. In 2012, Serbia was supposed to return 1 billion euros to foreign creditors, and in 2013, 1,5 billion euros. Serbia’s foreign debt is one third of GDP, unemployment exceeds 25%. Since March 2012, Serbia has become the official candidate for EU membership. But the real help did not come from the West.

Russia still in the 1990-x tried to establish business connections cracking at the seams after the collapse of the USSR and the CMEA. But with respect to Yugoslavia (and later - Serbia), things went without much success. A breakthrough in relations came in 2006, when Gazprom export signed a memorandum of understanding with the Serbian government and state-owned enterprise Srbijagas on the construction of a new gas pipeline to supply Russian gas through the republic, the final point of which was to be Northern Italy. And the most important step was taken in January 2008, when Russia concluded with Serbia a comprehensive Intergovernmental Agreement on the South Stream projects and the Banatsky Dvor underground gas storage (UGS) project. And Gazprom Neft signed a purchase and sale agreement for 51% of Naftna Industrija Srbije (NIS) shares for 400 million euros.

In November, 2011, the solemn commissioning of the Banatsky Dvor UGS took place. And at the end of November, 2013 began the construction of the South Stream. South Stream for Serbia is approximately 2200 new jobs and up to 1,5 billion euros in direct investment.

In addition, by 2012, the Russian side had reconstructed and modernized the processing industries. It took about 547 million euros. It was the largest investment project in the modern history of the Serbian economy. Thanks to the work done, the refinery capacity increased by approximately 979 thousand tons per year, and the refining depth increased to 84%.

The total volume of Russian investments in the Serbian economy in 2012 alone amounted to more than 1 billion dollars. And for the 9 months of 2013, one NIS paid about 759 million euros to the state treasury. At the same time, the company is now making a profit - approximately 278 million euros for 9 months 2013 of the year (corresponds to the same indicator of last year), develops a sales network not only in Serbia, but also in other countries (Bulgaria, Bosnia and Herzegovina, Romania), builds new generating power (for the first time in the new history of Serbia), etc.

As the Serbian Prime Minister Ivica Dacic noted, “over the past year and the first nine months of the current NIS replenished the Serbian budget by 182 billion dinars (1,6 billion euros), which is 10% of income to the republican treasury.” Today, NIS is the second largest exporter of the country. The main article of Serbian exports is agricultural products and foodstuffs.

Moment of the truth

This text is not exactly about Serbia. And not that Russia is good, but Russian business is a disinterested benefactor. Russia pursues its economic and political interests. And the Balkans is a strategically important region, plus a fairly open to Russian business (there is a free trade agreement). It is not even about the fact that Russia in Serbia love. Many in Serbia are not even aware of all the facts presented in the material, for these people the EU is an attractive prospect, and Russia came to their country to grab all the best for themselves, and even did it on conditions that were completely unfavorable for the Serbs. Seriously, they say that on TV. And the authorities insist that "Serbia has no other future than the European Union."

Maybe the author wrote it all to show how bad the organization is the European Union? Not. The European Union is experiencing a crisis, it does not have the means to raise its own production, and even more so to develop competitors for its oil refineries. They better deliver raspberries, beer and sunflower oil from Serbia - thus supporting the local economy. Yes, and Russian business is not against the entry of Serbia into the EU. As practice shows, our gas and oil workers manage to organize growing business in Europe even in times of crisis and successfully compete with local producers.

It's all about the association game. Serbia is the first thing that comes to mind when I hear about Ukraine flirting with the EU. Of course, no one demonized the Ukrainians like the Serbs. Nobody drove their industry into the stone age. The Ukrainian authorities are coping with this task, albeit less successfully. But otherwise there are no fundamental differences. Here is a living example of association with the European Union - see and analyze. But at the same time, Ukrainians need to keep one simple thought in mind: they are no better than Serbs, and their geographical position is worse.

Ctrl Enter
Noticed a mistake Highlight text and press. Ctrl + Enter
We are
Tomislav Nikolic: relations between Serbia and Russia are exceptionalList of destroyed the largest and most high-tech enterprises
48 comments
Information
Dear reader, to leave comments on the publication, you must to register.