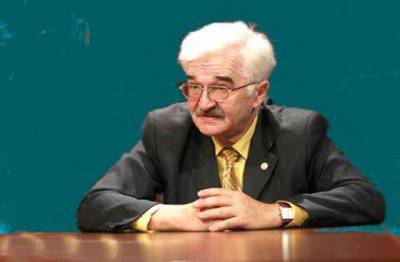 According to media reports, a collegium of the Ministry of Defense was held the other day with the participation of President Vladimir Putin. The head of state stressed the importance of strengthening the country's defense in the Arctic region.


Vice-President of the Academy of Geopolitical Problems Konstantin Nikolaevich Sokolov commented on KM.RU issues related to the presence of Russia in the Arctic.

Special attention to enhancing our capabilities in the Arctic region reflects the key problems of world politics. At present, there is a rivalry between large transnational structures that are fighting for the right to develop the natural resources of the Arctic. In this vein, we see a lot of events. For example, you can recall the attack of the so-called environmentalists on our platform. In my opinion, there was not a single person with an environmental education. Showed and journalists, and volunteers, and someone else. But this is not environmentalists at all. I believe that this is a seizure group that went to our platform to do a provocation. That is, we see that power actions have already begun.

The country's general economic situation is not such as to radically change the balance of power with the West. We see that the United States spends more on defense than the rest of the world. It is clear that this is done in order to achieve political goals, relying on force. After all, this is not necessarily a direct war: we can talk about simply the threat of the use of force. It seems to me that now activity in the Arctic region will increase. Russia will provide at least demonstrative measures to strengthen its presence.

Our army is more police oriented.

When Shoigu in the army there have been positive developments. Under Serdyukov, everything that had any value was sold under the hammer: the premises of the Academy, various educational institutions. They, by the way, moved with the loss of personnel. I am not talking about the reform connected with the transition of the army to the brigade system. Under Serdyukov, direct blows were made to all remnants of our defense system, crushing things were done.

With the arrival of Shoigu, the situation has changed for the better. But we must understand that our armed forces are not focused on the country's defense in an interstate clash, but on the fight against so-called international terrorism. This is evident in the exercise scenarios. And what is international terrorism, which the army is fighting? This is a rebel, partisan movement. That is, our armed forces are more oriented towards the performance of police functions and, to a lesser extent, towards the defense of the country against those who were previously called the likely adversary. Now these are probably “probable friends” with whom we fight in the Arctic.

By itself, the defense of the country from the NATO bloc has not been secured for a long time. Even the deterrence functions that our strategic nuclear forces have always performed are gradually being lost. New opportunities have appeared for delivering a quick disarming strike with cruise missiles, and the capabilities of the US missile defense are being intensively increased. And all this together reduces the ability of nuclear deterrence on the part of Russia to an insignificant amount.

Ctrl Enter
Noticed oshЫbku Highlight text and press. Ctrl + Enter
We are
Hybrid threats have arisen in the ArcticCentury Russian Arctic. Challenges to sovereignty and retaliation
133 comments
Information
Dear reader, to leave comments on the publication, you must to register.