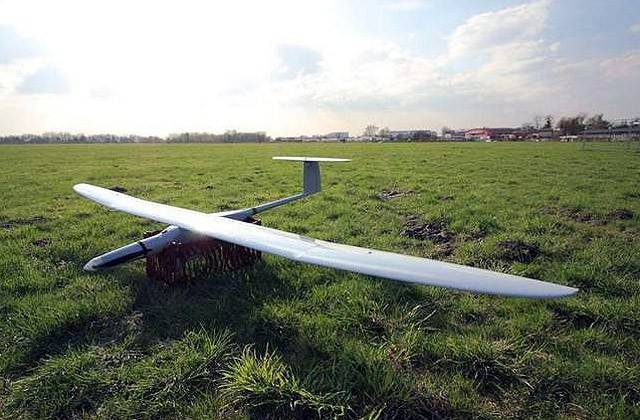 Poland is going to buy several dozen attack and reconnaissance UAVs in 2014, writes Defense News on Wednesday. The aircraft for the Polish army will be created by the efforts of the local industry, if it manages to find a development partner in one of the European countries, the newspaper notes.


Warsaw intends to hold a tender for the construction and acquisition of UAVs in quantities from 36 to 48 machines, said Polish Army Colonel Mariusz Yahol. He declined to name the tender budget, but called it “sufficient”. All in all, the Polish Ministry of Defense UAVs have allocated from the 2 to 3 a billion zlotys ($ 650 — 975 million) to the UAV program.

The Colonel’s speech was held at a meeting between top managers of Polish and French high-tech corporations, held in early December in Paris. The event, organized at the Polish Embassy, ​​was attended by representatives of the aerospace company Dassault, electronics manufacturers Sagem and Thales, as well as the military-industrial corporation EADS, which developed the fourth-generation multipurpose fighter Eurofighter Typhoon.

The Polish side was attended by senior army officers and the leadership of a consortium of research institutes and companies, the central of which is called WB Electronics. "The purpose of the meeting was intelligence from both sides," said Adam Bartoshevich, vice-president of this company.

The Polish industry is already independently developing opto-electronic systems, autopilots and communication devices for UAVs, there are native developments of composite materials. Local company Flytronic, which is part of the WB Electronics consortium, has already won a tender for the supply of the FlyEye mini-UAV to the army. Now the Poles are hoping to find a partner to create a full-fledged medium-range long-range drone that can carry weapons.

The main requirement for UAVs put forward by the army is a flight radius of at least 200 km. Its tasks will include the protection of the country's territory and the monitoring of its borders. While the main contender for the development of shock drone remains WB Electronics.

Poland’s creation of its own drone is in line with the current strategy of the North Atlantic Alliance (NATO), which focuses on intelligence and observation, said Colonel Yahol. "We are planning to establish cooperation with representatives of the European industry," - said the military.

The Poles had experience in the import of drones, which could have prompted them to work on their own projects, Denis Fedutinov, an expert on unmanned systems, told Russian Planet.

“The supplier was chosen by the Israeli company Aeronautics - they had low prices, but a dubious reputation, which eventually came true - the contract was broken. However, on the other hand, perhaps this circumstance has pushed its own development. Now Polish companies are creating UAVs from mini to tactical class. By the way, some Polish developments in the field of UAV systems could be seen at the Russian exhibition Interpolitech at the end of October of this year, ”Fedutinov explains.

The mentioned case with Israeli Aeronautics is certainly a vivid example of negative cooperation, but there were also positive examples, the expert notes.

“By the way, our former partners in the social camp equip their armies with drones mainly due to purchases abroad, primarily in the USA and Israel. Mostly, these are UAVs of the mini- and tactical classes. They were used in particular during the Iraqi and Afghan campaigns, "adds Fedutinov.

Poland is actively engaged in the modernization of its armed forces. According to the constitutional amendment of 2001, 1,95% of GDP is allocated annually for defense (for comparison, in Germany this figure is 1,4% of GDP, in Italy 1,7%, in Russia 2,3%). The last major acquisition of the Polish armed forces was the German Tanks Leopard. A deal was concluded with Germany to supply 118 of these military vehicles in 2014 and 2015. The transaction amount is estimated at € 180 million.

Ctrl Enter
Noticed oshЫbku Highlight text and press. Ctrl + Enter
We are
Russia demonstrated the most promising weapons at INDO Defense-2014"Dead Hand" by Colonel Gaddafi (photo)
19 comments
Information
Dear reader, to leave comments on the publication, you must to register.