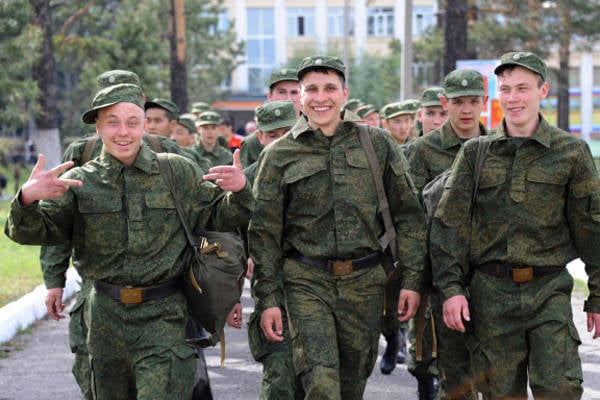 In the Russian army introduced operational control over the state of discipline and law and order in the garrisons. The solution of this problem will the military police.


- Even before the adoption of the law, the Minister of Defense gave us the authority to conduct surprise checks. That is, we were able to quickly respond to certain signals, freely, at any time, go into the military unit and perform actions related to establishing order, ”said Igor Sidorkevich, head of the Main Directorate of the Military Police of the Russian Defense Ministry.

The law, which the officer mentioned, the President of the Russian Federation introduced the State Duma 2 December. Although the military police has officially been in our army for two years, the work on the formation of the regulatory framework of this structure continues. The new bill states that the military police is designed to protect the life, health, rights and freedoms of soldiers and officers, the civilian personnel of the Armed Forces and those who undergo military training. And also to counteract crime, ensure law, law and order and discipline among the troops, road safety (along with the traffic police, army traffic police are already involved in the military police) and other tasks. The main functions and powers of the military police will be listed in special legal acts, including the Statute of the Military Police Service.

It is known that the Minister of Defense will head the military police. He will determine its organizational structure and size. Moreover, the recruitment of military and civilian employees will not exceed the total number of people established for the Russian army. The law of the army will give the right to use physical force, special means and firearms in strictly specified cases and in a clearly defined manner. weapon.

- Our employees must save the soldiers and commanders from many unusual functions. The new law allows this to be done, the RG correspondent was told at the Main Directorate of the Military Police.

This includes the fight against drugs and hazing in the army. And yet - about the conduct of an inquiry on some soldier’s or officer’s crime. As a rule, platoon or company officers were doing this now. After the adoption of the law, the role of the investigator will be transferred to the army police officer. And the military lawyers from the TFR and the Prosecutor General’s Office will continue to deal with the serious investigation of crimes and the supervision of this process. Many emergency situations in the garrisons can and should be prevented. For this purpose, they organize surprise checks in military units, about which Igor Sidorkevich spoke. It is clear that professionals should perform such work, and given the scale of our army, they require a lot. Now in the military police serve more than 6 thousand people and their number, according to the officer, is expected to double. Both the core department of the Ministry of Defense, its four territorial departments in military districts, and the commandant's offices with departmental traffic police will strengthen personnel. Only contract servicemen will be taken to serve in these bodies, with all candidates waiting for tough, including psychological, selection.

As for the law on the military police, the deputies are going to consider the document at the beginning of next year and promise not to delay its adoption.

Ctrl Enter
Noticed oshЫbku Highlight text and press. Ctrl + Enter
We are
Military police are endowed with law enforcement functions.Ministry of Defense promised to reform the military police before the end of the year
31 comment
Information
Dear reader, to leave comments on the publication, you must to register.