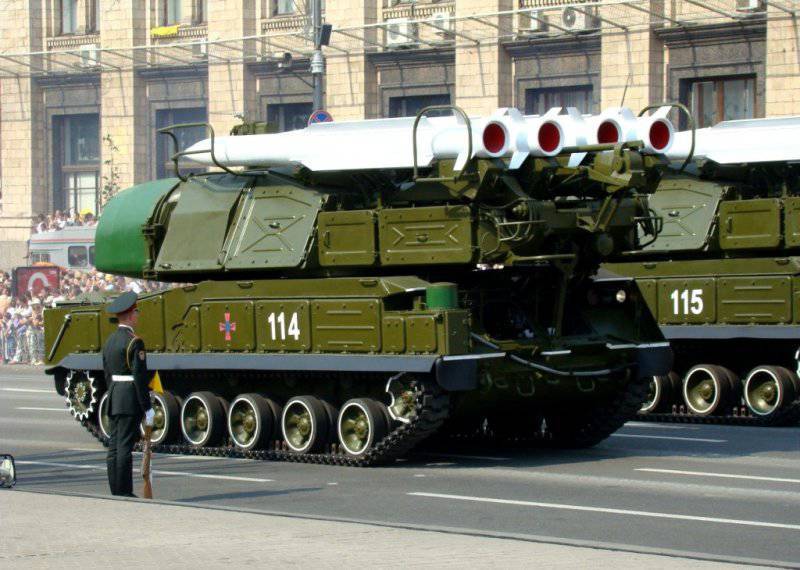 The state enterprise Ukroboronservis, which is part of the Ukroboronprom group of companies, was the first and only in Ukraine to master the technologies for replacing the elemental base for the C-300PT / PS and Buk-М1 anti-aircraft missile systems. The traveling-wave lamps of Ukrainian production for these complexes have already been adopted.

About this in an interview with Defense Express said Deputy Director General of the state enterprise "Ukroboronservis" Ruslan Matien.

“Next year it is planned to adopt two more types of microwave devices from the C-300 complex. The technical solution of this problem was handled directly by Ukroboronservis, which is the owner of all the design documentation. In the future, we will not depend on the supply of these microwave devices from Russia, ”said R.Matiishen.

He also stressed that the countries that operate the C-300PT / PS and Buk-M1 SAM systems will be able to buy microwave devices in the future on the new element base of Ukrainian production.

In addition, R.Matiishen noted that SE "Ukroboronservis" carries out the most qualitative repair of air defense systems in the post-Soviet space.

“The practice of recent years has shown that none of the post-Soviet countries is able to provide repair technologies that Ukroboronservis has mastered. As a result, after our repair, the life of the product is extended by 7 years or five thousand hours. This has been proven by field tests, as well as by regular technical surveys of divisions of the Ministry of Defense of Ukraine, which have been repaired at SE Ukroboronservis, ”R.Matiishen said.

According to him, the company is ready to significantly improve the combat readiness of the anti-aircraft missile forces of the Air Force of the Armed Forces of Ukraine.

“With funding from the Ministry of Defense, Ukroboronservice is ready to annually repair and extend the life of three C-300 air defense systems, one Buka and the command post of the 5НХNUMXС system,” said R.Matiishen.

He noted that today Ukroboronservice is taking part in the implementation of the “Program for restoring the combat capability of air defense equipment of the Air Force of the Ukrainian Armed Forces to 2017 of the year”.

In addition, according to the representative of the company, "Ukroboronservis" has significant prospects for the repair of air defense systems, already deactivated in Ukraine, but which are still used by other states.

“The company has developed a new complex based on the C-125 SAM system, which has significant export potential. There are over 150 of such complexes in different versions in the world, and this opens up prospects for foreign markets. In addition, C-200 air defense systems, which have already been withdrawn from the Armed Forces of Ukraine, may be offered to individual CIS countries, ”R. Matiensen told Defense Express in an interview.

The answers of R.Matiishen to the edition of Defense Express are published in open access on the site of the Ukrspetsexport Group of Companies.

Ctrl Enter
Noticed oshЫbku Highlight text and press. Ctrl + Enter
We are
American anti-aircraft defense during the Second World War. Part 1ZRK C-200 rust in the woods near Moscow
35 comments
Information
Dear reader, to leave comments on the publication, you must to register.