December 13 2013
37
In recent years, the United States and NATO are engaged in several promising projects designed to increase their defense capability. First of all, this is the Euro-Atlantic missile defense system. It is assumed that the construction of a number of military facilities in Eastern Europe will protect the European and North American countries from rocket attacks. In addition, projects are underway to create new percussion systems that can hit a target anywhere in the world in a relatively short time. All these US and NATO programs have a specific impact on the international situation and provoke controversy. 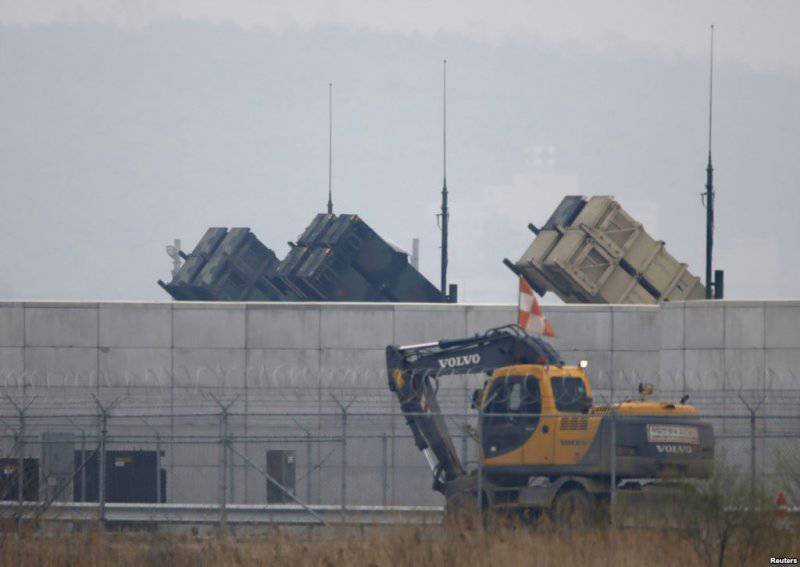 According to official statements, Iran has been considered as a potential enemy that the missile defense system must confront in recent years. However, events in the international arena can develop in different ways and therefore can sometimes lead to unexpected results. So, a few weeks ago, Iran and several foreign countries took another step towards resolving the nuclear issue.

In November, official Tehran agreed to suspend the work of its nuclear industry for six months. During this time, specialized companies will not conduct any research, and also stop uranium enrichment. In addition, now Iran and the IAEA are agreeing on the dates of visits of inspectors to Iranian nuclear facilities. Earlier this year, US analysts argued that by the middle of 2014, Iran would accumulate enough enriched uranium and be able to make its first atomic bomb. The temporary cessation of the work of the Iranian nuclear industry enterprises should lead to a shift in the timing of the beginning of the creation of atomic ammunition, if, of course, Iran leads such projects.

The outcome of the next negotiations could be international agreements, according to which Iran will completely abandon plans to build nuclear weapons. The likelihood of such a development is difficult to assess. For example, US President B. Obama said recently that he was not sure whether the Iranian nuclear issue could be finally resolved. If in the coming months, conferences, visits by IAEA inspectors and other events will not lead to the curtailment of work on the Iranian atomic bomb, then in the future you should not expect any major changes in the international situation. Most likely, Iran will again be subjected to sanctions and, being in such a difficult situation, will continue to develop nuclear technologies.

However, another scenario is possible. If the official Tehran accepts the proposal of the international community and abandons the military nuclear program, in the near future some countries may find themselves in an awkward situation. First of all, it is the United States. Washington over the past years has been constantly trying to put pressure on the Iranian authorities, demanding that they abandon nuclear technologies. At the same time, the United States and its NATO allies are building a Euro-Atlantic missile defense system, ostensibly aimed at countering Iranian strategic weapons.

The available information about the Iranian missile program makes it clear that in the foreseeable future this country will not be able to make a ballistic missile suitable for attacking targets in the United States. At the moment, the maximum capabilities of Iranian missiles are Eastern and, possibly, Central Europe. However, it is the United States that is most active in promoting Euro-Atlantic missile defense. There is a logical assumption that missile defense systems in Europe are not built to protect against Iran, but to counter ballistic missiles of Russia or China.

In the rhetoric accompanying the construction of a Euro-Atlantic missile defense system, the Iranian threat was constantly mentioned. After the recent international conference, such events may occur, due to which the United States and its NATO allies will have to look for a new official reason to continue building anti-missile systems. If Iran gives up its plans to create a nuclear weaponsthen the need to create a Euro-Atlantic missile defense system will have to be supported by new arguments.

Thus, in the current situation, one of the most profitable scenarios for the United States and NATO - as absurd as it looked - will be the continuation of Iran’s nuclear and missile programs. In this case, there will be a reason not to reduce or even increase the cost of building a Euro-Atlantic missile defense system, which is actually intended to protect Europe and, to some extent, the United States, from Russian or Chinese missiles. Confirmation or denial of this assumption will appear in the middle of next year, when the six months stipulated by the existing agreement with Iran expire.

Just a couple of days ago, new messages appeared that can be interpreted as a real reason for the continuation of the construction of the Euro-Atlantic missile defense system. December 11, speaking at the government hour in the State Duma, Deputy Prime Minister D. Rogozin said that Russia reserves the right to use nuclear weapons and is ready to use them if someone decides to attack. Rogozin noted that our country never underestimated the role of nuclear weapons as a deterrent, and also advised potential aggressors not to forget about it.

The words of D. Rogozin can be interpreted in different ways. Someone will see in them aggressive intentions, and someone - a warning addressed to possible enemies. Anyway, the Deputy Prime Minister recalled that Russia has both nuclear weapons and plans to use them. The size of the Russian nuclear arsenals is such that any attempt at a massive strike on our territory threatens the attacker with enormous damage, which will exceed the benefits of the conflict by several orders of magnitude. Not only Russian officials know and understand this. The very fact of building a missile defense system in Eastern Europe suggests that the North Atlantic Alliance is well aware of the danger that Russian nuclear forces pose to it.

Lightning strike and the answer to it

Often, experts note that the Euro-Atlantic missile defense system in the form in which it is being built will not be able to effectively counter Russian strategic missile forces. The simplest, albeit costly, way to break through any missile defense system is a massive strike using a large number of missiles. In this case, anti-missile systems will not be able to intercept all the items sent, and the possibilities of breaking through will be sufficient to cause serious damage to the enemy. Such an asymmetric response to the missile defense system allows you to provide a guaranteed response destruction of enemy targets without costly and not always effective investments in workable anti-missile systems.

The United States is currently working on another asymmetric way to maintain parity in strategic weapons. The latest concept of a lightning global strike involves the creation of weapons systems capable of destroying a target anywhere on the planet within a few tens of minutes after an attack decision has been made. It is assumed that such tasks will be high-speed high-precision systems equipped with a conventional warhead. In addition, in some cases, hypersonic guided missiles may not be equipped with a warhead at all, since their speed and energy will be sufficient to destroy the target with a direct hit.

The creation of lightning fast global strike systems is expected to significantly reduce the role of nuclear weapons in the containment structure. It is probably for this reason that Washington has recently been regularly inviting Moscow to sign a new nuclear arms reduction treaty, implying an additional reduction in arsenals. Such proposals may indicate certain successes in creating lightning strike systems. However, official information on such projects is limited to only a few the news. Several U.S. companies are developing and testing experimental devices, but practical products are out of the question.

At the same time, however, systems of lightning global strike are already beginning to turn into a cause for disputes between Russia and the United States. For example, Russian Deputy Foreign Minister S. Ryabkov, in an interview for Kommersant, called the American lightning strike systems extremely dangerous and destabilizing the situation. The fact is that in the event of a serious geopolitical crisis, the use of such weapons, including those not against Russia, could end in the most terrible way. Even if the weapons system is equipped with a conventional warhead, Russia may consider its use an attack. Such features of perspective high-speed and high-precision weapons by definition cannot have a beneficial effect on the geopolitical situation in the world.

Russia, if necessary, can respond to missile defense with a massed missile strike. We have nothing to use against lightning-fast global strike systems. It is worth noting that the United States does not currently have the necessary systems either, which is why a kind of arms race in this area is being postponed for the near future. Nevertheless, the Russian defense industry is already preparing for protection against new threats. During his recent speech in the State Duma, Deputy Prime Minister D. Rogozin touched on this topic. According to him, the Advanced Research Foundation has already reviewed more than a thousand proposals relating to protection against new strategic weapons. 52 proposals considered promising, and eight will be worked out as a matter of priority. The details of these proposals, for obvious reasons, were not disclosed.

As we see, even solving the issue of the Iranian nuclear missile program will not make the international situation less tense. Leading countries will continue to implement their plans, regularly touching on other people's interests. There is reason to believe that the emerging trend towards an increase in the number of controversial issues will develop in the future. Now Russia and the United States with some participation of third countries are arguing about the Euro-Atlantic missile defense system, and a new topic has appeared on the horizon — a system of lightning-fast global strike. The creation of such weapons and means of countering them will lead to the emergence of new projects designed to ensure the unconditional leadership of one of the countries. This will be followed by the creation of new means of counteraction and, as a result, the situation may escalate into a real arms race.

It is worth noting that after the end of the Cold War, the leading countries of the world did not cease the development of armaments and military equipment, trying to surpass potential adversaries. This approach to defense projects is still being used, and there is no reason to believe that in the foreseeable future someone will refuse it. Therefore, it can be assumed that the emerging arms race in the sphere of strategic strike systems and means of countering them will be similar to the events of recent years. Despite the obvious importance of such programs, countries are no longer able to finance them in the same amounts as during the Cold War.

Ctrl Enter
Noticed oshЫbku Highlight text and press. Ctrl + Enter
We are
Missile attack on Europe: myth or reality?Based on strategic surprise
37 comments
Information
Dear reader, to leave comments on the publication, you must to register.