In 2013, ships and vessels of the Black Sea Fleet showed the highest level of surfacing in the last 10 years. 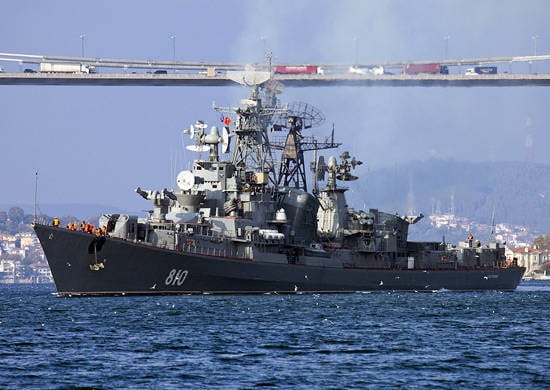 Ships and ships of the Black Sea fleet (Black Sea Fleet) of Russia in 2013, almost 280 thousand nautical miles passed, which is the best indicator of sailing over the past 10 years. In 2011, this figure was 262 thousand miles, and last year - 254 thousand miles.


It is noteworthy that almost 100 thousand miles traveled during the combat services of the fleet in the ocean and long-sea zones.

In the current year, one ship (ship) averages over 4 thou. Thousand nautical miles, which is also the highest result in a decade.

It is expected that by the end of the year, the fleet figures will be significantly improved, since ships and vessels of the Black Sea Fleet continue to perform tasks as part of the permanent navy formation in the Mediterranean.

Ctrl Enter
Noticed oshЫbku Highlight text and press. Ctrl + Enter
We are
The fleet's long arm: the future of the ships of the ocean zone
17 comments
Information
Dear reader, to leave comments on the publication, you must to register.