Russia firmly occupies a place in the global arms market 2 and will maintain its position in the foreseeable future. 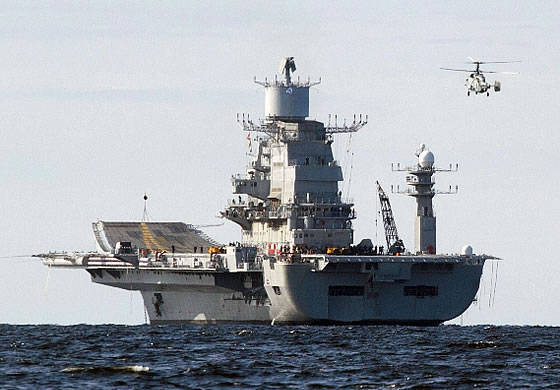 Russia occupies a solid second place in the world in terms of export of defense products, Deputy Prime Minister of the Russian Federation Dmitry Rogozin told 11 in December at the awards ceremony for the 13 competition for the Golden Idea National Prize.


According to him, “today, when the sales of our weapons abroad have grown many times, and when Russia firmly holds second place as an exporter of weapons in the world, we are saying that the FSMTC is the most important conductor of the line to strengthen cooperation with other countries.”

The fact that Russia firmly holds 2’s place among the world's largest arms exporters has been repeatedly mentioned in recent years at the management level of Rosoboronexport, the FSMTC, the government and the president of the Russian Federation.

Below, TSAMTO summarizes comparative statistics on the Russian Federation and its main competitors, which confirm Russia's solid second place on the world market. weapons.

According to the results of the last 8 years (2005-2012), Russia firmly occupies a place in the world weapon market 2, second only to the United States. This applies both to the volume of contracts concluded for the export of armaments, and to the actual export supplies of military hardware.

According to TSAMTO, in 2013, Russia's share indicator in the overall balance of world exports of military equipment will reach its maximum for the post-Soviet period and will be 20,29%. Such a high share of Russia in the 2013 year is associated primarily with the completion of the largest program with India for the transfer of the aircraft carrier Vikramaditya.

In the short term (2013-2016), Russia will confidently retain its position as the world's second largest arms exporter.

TSAMTO calculates the value of deliveries for each country based on the actual date of transfer of a certain type of military equipment to the customer.

In the calculation in Russia (as in other countries of the world), only identified supplies of the main types of conventional weapons according to the UN Register classification are included. Works on service, repair, supply of spare parts and minor contracts, information about which is fragmented, are not fully included in the calculation (only those data for which there are official confirmations are included). For the majority of the world's largest arms suppliers, this “unrecorded” segment of TsAMTO estimates in 3-5% of the identified export volume. For Russia, this figure is significantly higher (10-12%), which is associated with the specifics of the conclusion of contracts in the segment of spare parts supply, service and repair.

This “increase” for each of the countries should be kept in mind when assessing the total export of defense products (below, only the data on the identified exports are given).

The world package of export contracts for the supply of military hardware, concluded in 2005-2012.

Over the period 2005-2012. The United States is the absolute leader in the package of orders - 218,627 billion dollars, representing 41% of the global order book for the same period.

The TSAMTO ranking takes into account data for 68 countries that concluded contracts for the export of military products during the period 2005-2012.

The calculation includes only identified shipments of conventional weapons according to the UN Register classification.

Over the period 2005-2012. The United States is the undisputed leader in arms exports - 146,675 billion dollars, representing 38,16% of all world military hardware exports over the same period.

The TSAMTO rating includes 68 countries that exported weapons during the 2005-2012 period.

Preliminary 2013 Results of the Year

In 2013, the volume of world exports / imports of conventional weapons (according to the UN Register classification) will be, according to TSAMTO, at least 65,982 billion dollars (the highest result since the end of the cold war era).

The first place in the actual volume of arms exports in the 2013 year is occupied by the United States. According to preliminary data from TSAMTO, the volume of identified US military exports in 2013 will be 23,6 billion dollars or 35,70% of the total exports of defense products.

The second place in the TSAMTO rating in terms of exports of conventional weapons in 2013 was taken by Russia - 13,4 billion dollars or 20,29% of the global supply (this is identified exports, which, according to TSAMTO, is 10-12% lower than actual exports, as mentioned above That is, the actual export of the Russian Federation in 2013 may amount to about 15 billion dollars or slightly higher;

The sharp increase in arms exports to 2011-2013 provided a significant increase in Russia's share of the global arms market. In 2013, the share index of Russia in the total balance of world exports of military equipment will reach its maximum value in the post-Soviet period and will be 20,29%.

The third place according to the results of 2013 of the year, according to TSAMTO, will be taken by France - 6,92 billion dollars or 10,49% of the global supply.

In 2013-2016 Russia will maintain the existing gap from the pursuers, first of all, it concerns France, which ranks third.

The data below represents the predicted probabilistic export of certain countries on the basis of an existing order book and an indicative export according to the stated intentions. The calculation is made subject to the originally stated delivery schedules.

The data closest to reality relate to 2013. However, even data on 2013 may eventually be corrected by fulfilling new short-term contracts. By period 2014-2016 the correction will be even more significant due to the conclusion of new contracts for delivery in the period under review (that is, up to and including 2016).

More information is published in the “TSAMTO-2013 Yearbook”. In general, the Yearbook of TSAMTO-2013 (volume of 1085 pages, 672 tables, more than 150 diagrams) provides data on 173 countries that are subjects of global military-technical cooperation.