Peaceful resolution of controversial Arctic issues is possible only in the case of Russia's real ability to protect its national interests.

December 13 2013
12
The scientific-practical conference “Ensuring Russia's National Interests in the Arctic: Problems and Prospects” was held on December 12, 4 in St. Petersburg on the basis of the State Polar Academy. The Western Military District, the Research Institute (military stories) The Military Academy of the General Staff of the Armed Forces of the Russian Federation, the State Polar Academy, the Central Naval Museum, the Russian State Museum of the Arctic and Antarctic, leading scientists, military and civilian specialists working in this field.


The main objectives of the conference were identified:
first, a demonstration of the revival of Russia's interest in Arctic issues and a willingness to participate equally in the development of the Arctic space;
secondly, the concretization of the national interests of Russia in the Arctic, the argumentation of the need and readiness to protect them;
thirdly, a synthesis of the diversity of views and opinions of scientists, specialists and representatives of the Armed Forces of the Russian Federation in the direction of developing a mechanism for implementing the “Strategy for the development of the Arctic zone of the Russian Federation and ensuring national security for the period up to 2020 of the year”. 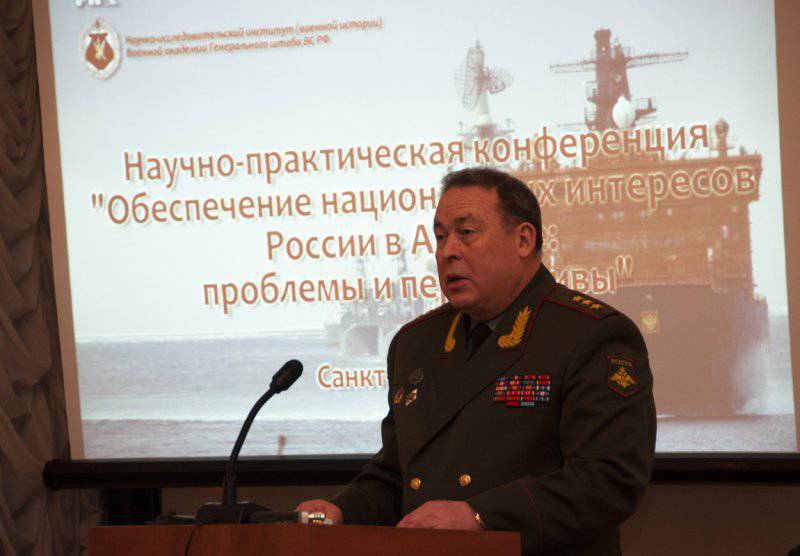 The commander of the troops of the Western Military District, Colonel-General A.A. Sidorov, Rector of the State Polar Academy, Professor K.M. Basangov. 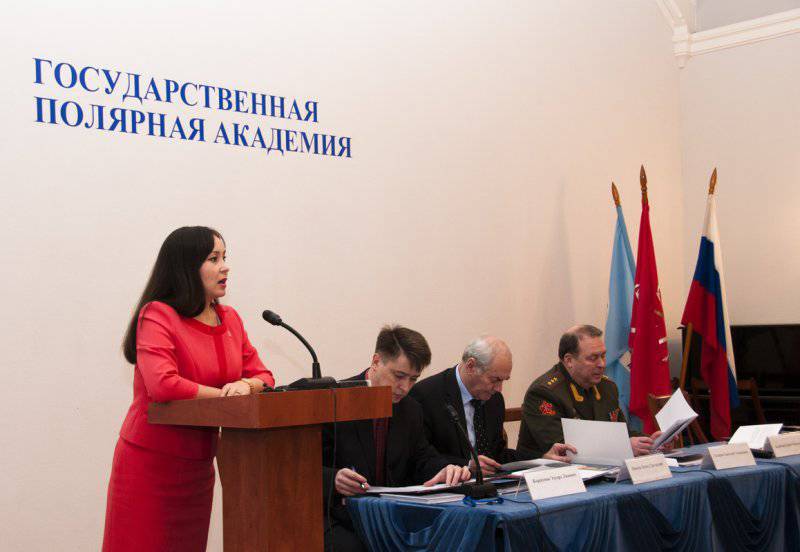 With great attention the conference participants heard an analytical report of the President of the Academy of Geopolitical Problems, Doctor of Historical Sciences, Professor, Colonel-General L.G. Ivashov, who noted that the twenty-first century, despite the declared end of the cold war, did not become more stable and safe for humanity. Energy problems have emerged at the epicenter of international tension. The acute shortage of energy resources, against the background of the dynamic development of Eastern economies and increasing energy consumption by the countries of the West, Latin America, the Islamic world, led to the opposition of not only individual countries, but civilizations and regions. The Arctic is challenging Russia in a powerful way, creating new threats to its security. 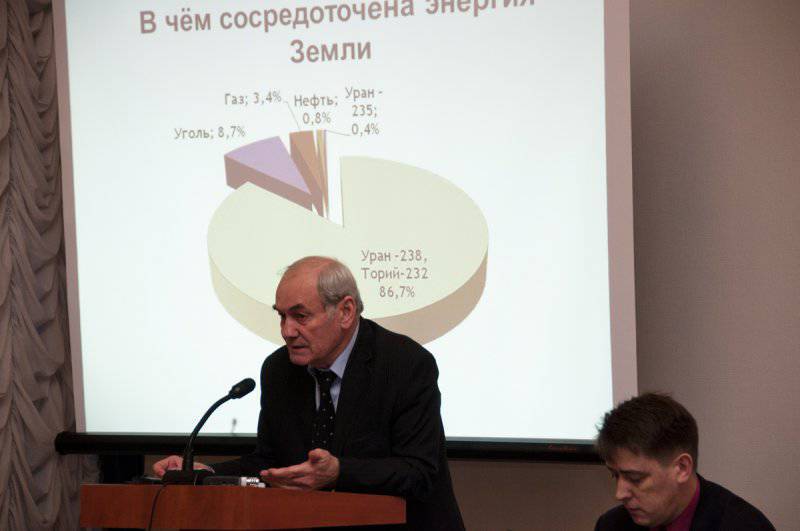 Fig. 3. President of the Academy of Geopolitical Problems L.G. Ivashov

In the Arctic region, a bipolar model is emerging in the system of geopolitical relations - Russia and all other applicants. Will the country withstand this geopolitical onslaught? Answering this question, Leonid G. identified the main problems that Russia will face in the near and medium term - international legal, environmental, technological, military-strategic. The concept of a “disarming strike”, the basis of which is not ballistic nuclear missiles, but high precision, is chosen as the most effective way of US actions against Russia in the Arctic region. weapon and non-traditional technology systems (robot drones, arsenal ships with hundreds of long-range cruise missiles, missile defense system, etc.). However, these are wartime threats.
The system-network operations with the use of technical systems based on new physical principles that are actually carried out within the framework of a geopolitical operation represent the greatest threat to our country’s security here and now. The concept of such was developed and launched ten years ago, having received the name “operation based on effects”. Its essence is the hidden destabilization of the six defining subsystems of the national development and defense capability of the Russian Federation: political, military, economic, social, infrastructural, informational. L.G. Ivashov cited facts and examples, revealing the forms and methods of ongoing destabilization, the principles of operation of new armaments complexes.
The concept of Russia as a world center, the core of the consolidation of "traditional civilizations" in the construction of a multipolar world, proposed by the President of the Academy of Geopolitical Problems, deserves attention. Russia is interested and will strive to form the Eurasian Union on the basis of the Shanghai Organization as a new quality of development of the world community, to develop relations with the BRICS countries, using other opportunities. 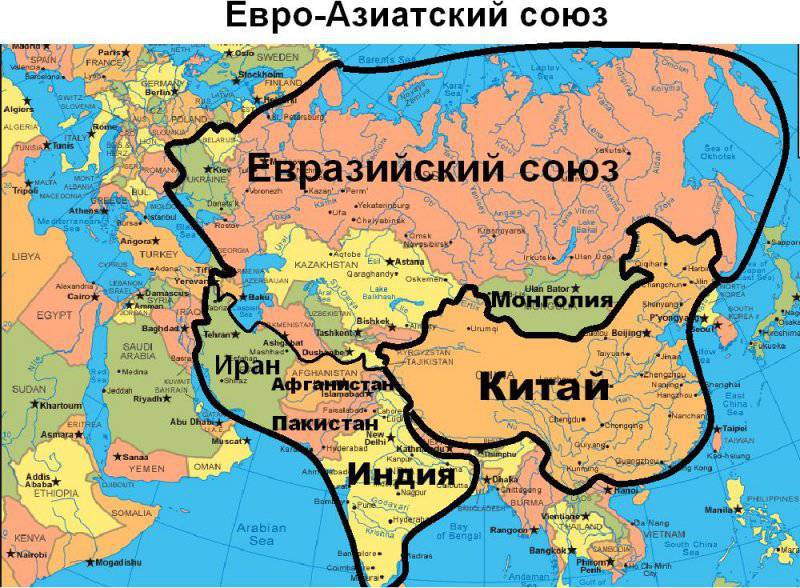 Fig. 4. © Ivashov L.G. Russia's geopolitical doctrine and prospects for the development of the Arctic. - SPb., 4 December 2013 of the year

For Russia in its current state, a peaceful solution to the problems of the Arctic is the best outcome. However, such an approach is possible only in the case of a real ability to protect one's national interests. There is a need to develop our own operations, united by a common goal and concept, - emphasized L.G. Ivashov.
In the political and diplomatic sphere, this is the creation of a coalition of states ready to participate with Russia in the development and protection of the Arctic resources and the Northern Sea Route.
An important internal political task is the delimitation and legislative consolidation of the northern territories, including shelves and arctic spaces, for the subjects of the Russian Federation; engaging the economies of the subjects in the process of developing the Arctic resources; formation of a single control center (ministry) of the northern territories.
Military strategic and military technical tasks were also specifically identified. 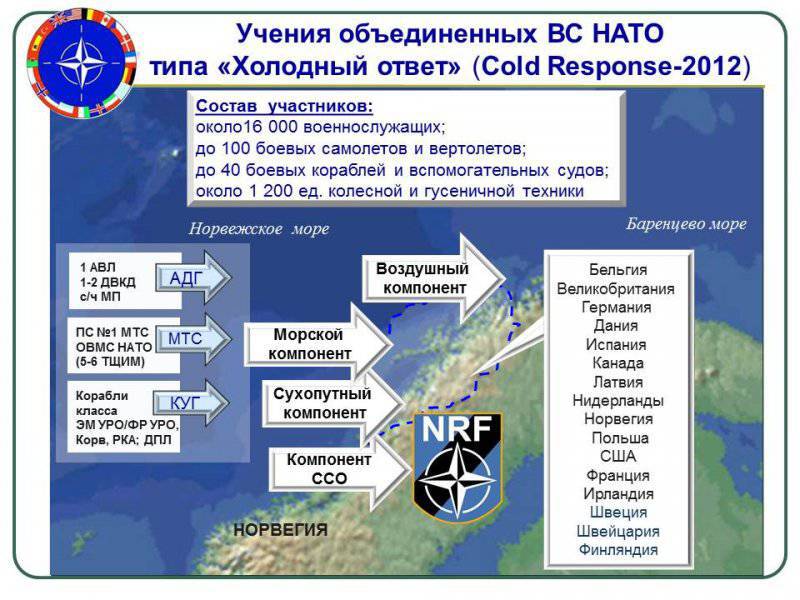 
The high professional level, protection of the national interests of Russia have become a hallmark of all other reports presented at this conference. The activities of NATO in the Arctic (VG Kramarenko, professor, doctor of military sciences; VN Konyshev, professor, doctor of political sciences) and Russia's military activities in the Arctic (AA Tomkovich, rear admiral) were analyzed.
The development of a telecommunications infrastructure, promising complexes of the tropospheric communication, the ISS Arktika and other measures for the formation of a single information space of the Arctic zone of Russia in the interests of ensuring the state’s military security were reported by Colonel A.V. Galgash
The problems of hydrometeorological safety in the Arctic at the global, national and regional levels were comprehensively highlighted by V.G. Dmitriev, scientific secretary of the State Research Center of the Russian Federation “Arctic and Antarctic Research Institute” of Roshydromet, Honored Scientist of the Russian Federation. He dwelt on the new technologies applied at Roshydromet, providing work on the shelf of the Barents and Kara Seas; spoke about the draft long-term drifting observatory, problems of coordination and cooperation of international and interdepartmental activities.
Speeches Yu.N. Gorkavenko (“Sevmorgeo”), doctor of technical sciences K.G. Stavrova (JSC GNINGI), doctor of geological sciences, director of the All-Russian Research Institute of Oceanology V.D. Kaminsky was devoted to the works that were carried out on the continental shelf of the Russian Arctic. The determination of the geological nature of the Mendeleev Rise was the goal of the work of the expedition "Arctic-2012". As a result of the work carried out by Sevmorgeo, a number of important methodological results were achieved for the first time, an instrumental and technological complex was tested for geological exploration in the Arctic. Justification of the outer boundary of the continental shelf of the Russian Arctic as a priority task, the results of additional hydrographic work in 2010, complex geophysical work in 2011, was the report of the head of the Ocean Research Center, Professor KG. Stavrova.
The topic of the richest resource potential of the Arctic as a source of conflict potential and challenges to regional stability in his report revealed the leading researcher of the Center for Defense Studies of the Russian Institute for Strategic Studies, candidate of military sciences V.V. Karyakin 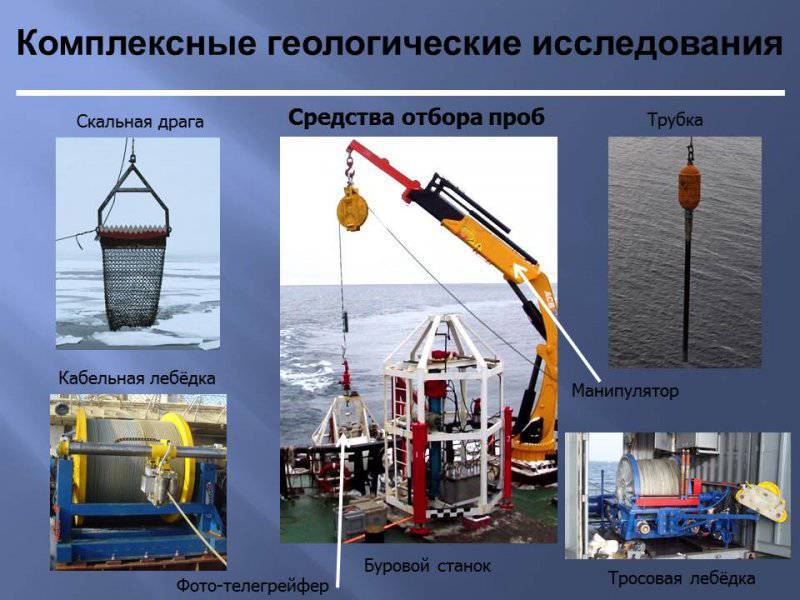 
On the geological study of the Arctic zone of Russia, the aeromagnetic study of the Arctic Ocean (SLO), Russian studies in the SLO after 2001, the current licensed state, and shelf resources of the Russian Federation reported to V.D. Kaminsky. He also announced that the mockup of the application to the UN Commission on the Continental Shelf is ready and is currently being approved by the federal authorities.
Vladimir Boyarsky, Director of the Russian State Museum of the Arctic and Antarctic, Honorary polar explorer told about the history of the creation and activities of the Russian ice base Barneo as a reference point for the Russian presence in the Arctic.
N.K. spoke at the conference “The Arctic is a region of the new world order”. Kharlampyeva, Associate Professor, Department of World Politics, St. Petersburg State University. Innovative technologies to ensure economic activity and security in the Arctic were the subject of a report by S.I. Sachava, Chief Designer of Management Systems, CJSC Transas. 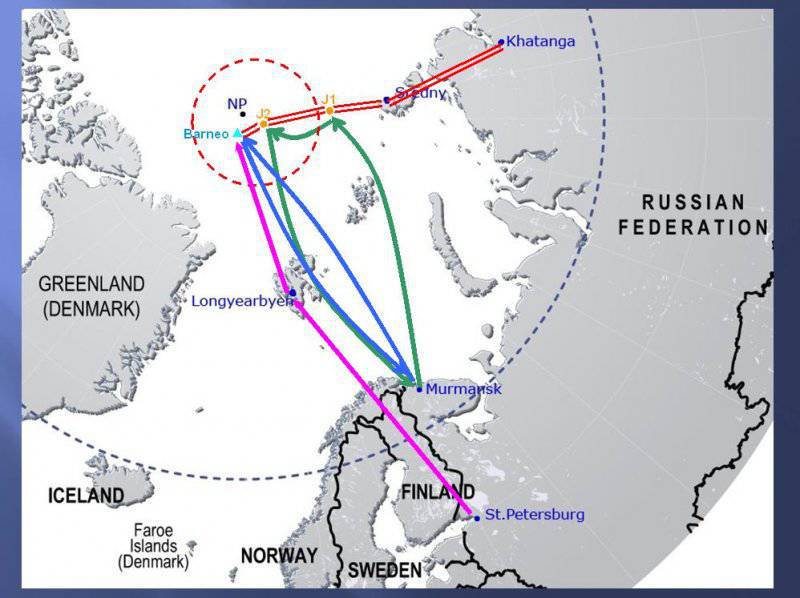 
One of the main conclusions of all the speakers was that the development of the situation in the Arctic dictates the need for its in-depth analysis and development of measures to reliably ensure the national interests of Russia in this region, taking into account the solution of the problems discussed at the conference.

Ctrl Enter
Noticed oshЫbku Highlight text and press. Ctrl + Enter
We are
Hybrid threats have arisen in the ArcticInterview with Viktor Boyarsky: "Icebreaker is an exhibit in itself"
12 comments
Information
Dear reader, to leave comments on the publication, you must to register.