Afghanistan: blood, opium and headache of the future Eurasian Union 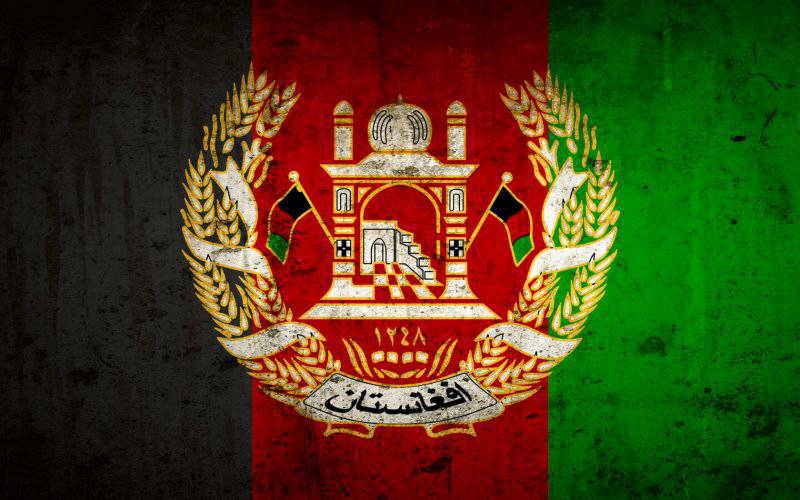 Afghanistan is the grave-digger of empires, a country of mountains and opium fields. For some, this is the birthplace, for some - the place of training in the camps and running jihadist experience.


But, perhaps, for the leaders of all of the neighboring countries in the region of Afghanistan, without exception, Afghanistan is now a nagging headache with a tendency to serious aggravation by the end of next year.

If Uzbek schoolchildren are sometimes forced to skip school, participating in harvesting cotton in the fields of the country, many of their Afghan peers do not go anywhere at all. There is nothing to boast about the country.

The only thing that Afghanistan has been able to achieve “success” since the early 90's is in the cultivation of opium poppy. This year alone, its acreage increased by 36%: from 154 to 209 thou. Ha. And if last year was marked by a record wheat harvest, and it was collected 4,15 million tons, then this one was a record collection of opium - 5,5 thousand tons (950 million dollars, 4% of the country's GDP).

The record was made not only due to the expansion of acreage, although in the 2013 year, unlike the previous ones, not only the western provinces of Balkh and Faryab fell under the pressure of poppy seeds, but also the northern ones, where the potion had not previously been grown at all. Faryab mentioned above six months ago was hardly controlled by official Kabul at all; instead, the Taliban, later squeezed into the mountains, became the authorities in the provinces.

And even despite attempts to transfer Helmand peasants from poppies to saffron (the cost of saffron 1 in retail - 10 – 15 dollars), the production of potions in this province increased by 34%.

The NATO contingent in 2010 year refused to destroy the opium fields. According to David Johnson, the assistant secretary of state for drug control: “We found that the opium poppy destruction program did not match the costs that were made, and the success was very modest. The export of opium poppy products from Afghanistan seriously threatens Russia, as well as all its neighbors, even Western Europe and Asia. But I do not think that the extermination program will be able to effectively remove this threat - especially the one that we carried out and which we stopped. ”

Well, let's hope that after the termination of the program, the efficiency still improved.

In the meantime, no one fights with the opium fields, the authorities and the Taliban sow the fields, converting the opium into weapon and ammunition. 90% opium yield is given by 9 provinces in the west and south of the country, while opium is grown in at least 19 from 34 provinces in Afghanistan.

Pashtuns living in those southernmost provinces are saving money: the winter will end and the traditional Taliban attack will take place in the spring. His goal is unchanged - the victory and the resurrection of the Islamic Emirate of Afghanistan by 2015. As soon as Kabul weakens, Mullah Omar will return to the country, and with him all the old orders.

The Taliban will not invent anything new to 2015: students, and this is how the Taliban translates, having only “education” in the madrasa, will restore the orders that they call “Sharia law”. However, the punishment and lifestyle of the Taliban have nothing to do with the Sharia. Everything that is being presented to Afghans as Sharia is actually Pashtunvali — the code of customary law of the Pashtun tribes, the divergence of which with the Shari'ah is quite serious.

But first, the Taliban will need not only to strengthen their positions in the south-west, which is actually under their control, but also to expand their power to the central and northern provinces. And here the Taliban may have difficulties: in the center of Afghanistan, around Kabul, the Hazaras-Shiites live fairly compactly, and the relations with the Taliban, to put it mildly, are not very good. The north is populated by Uzbeks and Tajiks, whom the Taliban Pashtuns despise.

Most likely, the Taliban will get bogged down in battles in the central part of Afghanistan, where the main bases of the Americans will be located. In this case, Afghanistan will fall apart into several warring states fed by opium streams.

There is no one to provide security

In the meantime, the Taliban are saving up money, the Americans are putting pressure on Karzai, wanting to force him to sign an agreement allowing him to leave his military on 9 bases. It is planned that 15 thousands of people will remain in Afghanistan instead of the current 87 thousands of troops. Naturally, 15 of thousands of American bayonets, despite their overwhelming technical and technological superiority, will not be engaged in maintaining security in the country. The task of the Americans is to survive in all this tangle of contradictions and retain the ability to redirect the anger of the warring parties in the direction they want, both inside and outside Afghanistan.

To ensure security in the republic during the years of occupation, 352 trained thousands of servicemen and police officers. And if we assume that the Americans leave the country, as they threaten the government of Afghanistan (and they will not, after all they did not enter it for democratization), then the Afghan police and army without 4 billions of dollars allocated by the Americans will simply cease to exist.

It is worth considering the fact that by 2015, the Taliban can receive outside help. Saudi Arabia, until recently the closest ally of the United States and concurrently the main sponsor of world terrorism, can redirect part of the militants now fighting in Syria to Afghanistan.

Another point is the position of Pakistan. Pakistan helped the Taliban’s previous regime in every way through military intelligence and did not prevent the Taliban from moving from the Pakistani part of the tribal zone to the Afghan one. How Pakistan will behave now and beyond is not entirely clear. However, the tribal zone of Islamabad is still not in control, and therefore the Taliban feel at home there.

In fact, no one and nothing can ensure security in Afghanistan in the coming years. However, this is realized not only in Central Asia, but also in the republics of the Customs Union.

How will meet the chaos

Uzbekistan and Turkmenistan will not prepare much for the return of the Taliban. The Uzbeks with Afghanistan have the shortest border in Central Asia, just a kilometer away 174, and therefore, Uzbek border guards can close it themselves without any particular problems.

Turkmenistan cannot boast of such a long border, but the Taliban did not interfere with 1996 through 2001 for years: Turkmen were the few who recognized the Islamic Emirate of Afghanistan and provided him with humanitarian aid; will pay off this time.

The situation is quite different in Tajikistan. The kilometer-long border in 1344 is controlled by border guards, who have only a dog from aids, and an automatic weapon from a weapon. The effectiveness of such control in the comments does not need. Therefore, CSTO is already assisting Tajikistan in arranging the border with Afghanistan.

If necessary, the formed Rapid Reaction Forces will act as a “fire brigade”, Russian military personnel from the 201 military base and a double-winged air wing from the air base in Kyrgyz Kant.

However, there is still time to prepare: before the start of raids into neighboring states, the Taliban will need to weaken official Kabul as much as possible and to achieve the stability of their own power, and with this they will have problems.

... In the meantime, Afghanistan remains a country of poppy fields, richly fertilized with blood, a factory of deadly potion and a headache for the countries of Eurasia. And to climb headlong into the thick of the vast opium plantations, fighting there with the Taliban, fortunately, no one in Eurasia is going.

In this situation, Russia is doing the most right: it strengthens the allies, first of all Kyrgyzstan and Tajikistan, re-equipping their armies, and helps Tajik border guards that exist on the fasting ration in the years of independence of Tajikistan. In fact, the Customs Union promotes integration in the military sphere, as long as it is not quiet in the rear, only a madman will climb into the cauldron of trouble.

However, in the distant future it will be necessary to return to Afghanistan and at least restore everything that the Soviet Union managed to create.

Ctrl Enter
Noticed oshЫbku Highlight text and press. Ctrl + Enter
We are
List of destroyed the largest and most high-tech enterprisesThe sleeping giant of Central Asia
18 comments
Information
Dear reader, to leave comments on the publication, you must to register.