"The right of the Russian people to identity." The co-author of the Constitution told what revisions to the text were ripe for her 20 anniversary. 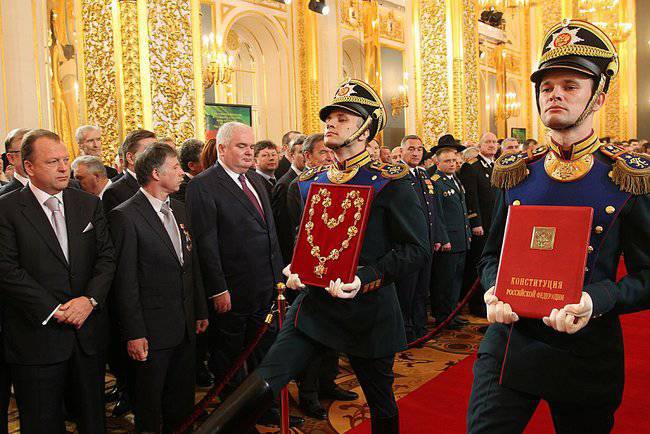 “In this report, we propose to supplement the Constitution with three initiative heads: Parliamentary Control, Civil Society, and Electoral System and Referendum,” said Rumyantsev, speaking at the Interfax central office.

“In order to prepare society for the third package of amendments, it is necessary that the state power should get used to it and the society should recognize it. Therefore, we would like this topic to be discussed in the society and professional environment over the next few years, ”Rumyantsev said.

Recall that Russian President Vladimir Putin, speaking at the beginning of December to law students, made a change to the country's Constitution, but also stressed that the rights and freedoms of citizens should remain unshakable. As ITAR-TASS reported, the editing should, according to Putin, be very “cautious”.

About why the General Law can already be edited and how it can be, for example, for the first time it can consolidate the status of the Russian people, in an interview to the VIEW newspaper, the President of the Foundation for Constitutional Reforms told, in 1990 – 1993 years - responsible secretary of the Russian Constitutional Commission Oleg Rumyantsev .

VIEW: Oleg Germanovich, when you were preparing the Constitution, did you sometimes have doubts? Did you have the idea that the Basic Law should be adequate to the society in order for it to work in practice? Shouldn't there be a constitution in 1993 that would fit? Corresponded to the real level of legal literacy, respect for the law among ordinary Russians? For example, you keep saying about parliamentarism, but according to opinion polls it is clear that in our country people perceive only the president and the government as “real” power. Recently, another poll showed that 40% of Russians do not understand why a parliament is needed. And this is despite all the longstanding efforts of the authorities to develop legal literacy, overcome legal nihilism ... 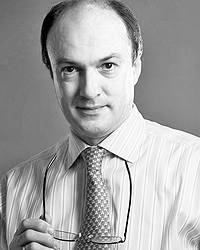 Oleg Rumyantsev: When your colleagues on the pen and on the gadget constantly say what a bad parliament, that he is a copy machine, makes unsuccessful laws when there is a massive attack on representative power, this leads to the fact that people start to think about whether it is necessary at all parliament.

I'll give you an example: when in America there was a crisis with the adoption of the budget, according to surveys, the level of confidence in the US Congress fell to 23%. 58% of respondents believed that, in general, the state system was effective, but Congress failed. This does not mean that the United States abandoned the separation of powers. A specific conjuncture of the moment played a role. Therefore, when the number of people who believe that we need the State Duma has fallen to 39%, this is the result of a fairly opportunistic action, including the media.

I think the literacy of our population should not be underestimated, but it still needs to be brought up. It is important to cultivate knowledge of the Constitution, an understanding of the fundamentals of the constitutional system ... Educating citizens' constitutional sense of justice is one of the responsibilities of the state, one of the goals of civil society. And this should be the cooperation of civil society and the state.

VIEW: How did you take the call of State Duma Deputy Elena Mizulina to fix the defining role of Orthodoxy in the Constitution? She emphasized that it is a reference to the “significance of Orthodoxy in the development of stories Of Russia ”, and not about the“ dream religion ”or its“ decisive role ”. “This is not my point of view, it is an initiative of citizens, under which today there are already more than 300 thousand signatures,” said Mizulina ...

O. R.: I, as a Russian and Orthodox person, believe that the Russian Orthodox Church should not de jure, but de facto restore its prestige, its role, its high authority in society. Along with the law, religion is one of the social regulators of society, and the ROC is one of those who hold together a common state identity, especially for the Russian people. The Russian people is undoubtedly the main basis of the multinational people of the Russian Federation. But it is not necessary, in my opinion, to write this role in the Constitution. This is not entirely constitutional matter, it should be carried out by appropriate examples of the social role of Orthodoxy in the life of our society.

What does such a rule mean? The fact that the Russian Federation does not need to have, for example, the Russian Republic, as we have Tatarstan. By the way, in the preamble of the Tatarstan Constitution it says: “The multinational people of Tatarstan and the Tatar people”.

We need it not in the preamble, but directly in the section "Civil Society", because it would recognize the natural right of the Russian people, that it exercises its statehood throughout the Russian Federation.

VIEW: What about the famous first words of the Constitution? "We are a multinational people ..."

O. R.: I emphasize that this proposal does not affect in any way, and certainly does not in any way cancel the formula from the preamble of the Constitution that “we are a multinational people”.

The problem of finding identity is. It is worth recognizing. Behind this is not nationalism. Behind this is a completely normal search by the Russian people for their identity. It seems to me that the recognition of this common state identity could satisfy both, say, Western liberals and conservatives, that a successful formula has been found - a tribute is paid to the enormous value of the Russian people and other ethnic groups are not violated.

VIEW: For such an important amendment will not have to convene a constitutional assembly?

O. R.: It does not affect the "carriers" of the chapters of the Constitution - 1, 2 or 9. And if so, then the convocation and the Constitutional Assembly is not required.

VIEW: On the eve of the anniversary, the plenipotentiary of the Federation Council at the Constitutional Court, Alexey Alexandrov, indicated the “mistake in the Constitution”. He stated that enshrined in Art. 13 "prohibition of state ideology" is a prohibition of "the promotion of law by the state, as well as the promotion of humanistic, universal values ​​through the structures of state bodies, educational and educational institutions." “It is necessary to revive the Russian idea, formulate the foundation of unity - the national doctrine,” the senator urged. State Duma deputy, United Russia Yevgeny Fedorov recently also called for the removal of this ban from the Constitution. Do you agree? Is it appropriate to raise the question in this way, if, as conservatives and liberals recognize, a national idea in Russia has not yet been felt?

VIEW: But this is your point of view. Many, even parliamentary parties, do not support it.

O. R.: I do not think that other parties do not support. The task of building a constitutional order is in many ways our national idea. It is about the Constitution. This idea is unifying and, of course, constructive and constructive. Otherwise, there may simply be a set of national ideas depending on the region, on religious preferences, on whether you are a Westerner or a Slavophil.

VIEW: So you think it's time to remove this ban from the 13 article?

O. R.: The majority of members of the constitutional club, the authors of this report, consider the combination of the first two to be reasonable. On the one hand, as a priority, we are proposing the introduction of new three chapters to the Constitution. On the other hand, of course, we need interpretations of the COP on the issues that require it.

In our society, there is a split on the conservatives and liberals. Liberals want modernization. Conservatives want to use security tools in the interests of national identification. Our club tried to reconcile these two opposing sides.

We have come to understand that three things are very important. The first is to connect civil society to the management of public affairs. Alternatively, we remember what happened in the 80s in the USSR. Civil society has become an alternative, the second - and as a result it made a revolution. Therefore, it is very important that there be partnerships between civil society and the state, a relationship of solidarity, if you like.

But no less important is the third component - the relationship of popular representation with the people themselves, with voters. And for this it seems important to modernize the electoral system. That is why we have proposed these three chapters. This is not the desire to "file the leg of the chair," it is a proposal that could unite these different two camps at different poles.

VIEW: So this is a step towards the creation of a parliamentary republic!

O. R.: Russia needs a strong head of state. The transition to a parliamentary republic is not for Russia. It should be understood that our power is not in two dimensions (parliament and president). We have the power "in the 3D-dimension" - we also have federalism. In such a complex federal state there must be a strong head.

Largely due to the fact that the presidential institution has such great powers, in 2003, Vladimir Putin managed to bring the statutes and constitutions of the subjects of the Federation in line with the federal Constitution. This is a very important decision, which could not be with a weak federal government. Putin completed the process that we began by signing a federal treaty in 1992, with the active participation of the Constitutional Commission. We need a strong power, but it must be balanced by a strong plenipotentiary parliament.

VIEW: The Constitutional Court decided, as recently as Saturday, whether to preserve as it was the provision of the Basic Law of the country on the priority of Russia's international obligations, in particular the decisions of the Strasbourg court, over domestic legislation. As a result, the court made a difficult half-hearted decision. As interpreted by lawyers, the Constitutional Court, in fact, reserved the right to revise the decisions of the ECHR. But the words about the priority of international treaties are recorded in chapter 1 of the Constitution, which can be changed only through the convocation of the Constitutional Assembly. Isn't it time, in your opinion, to allow the Russian authorities to ignore the verdicts of Strasbourg?

O. R.: I think that here the issue can be resolved not so much in the interpretation of Valery Zorkin, as in the systemic interpretation that the Constitutional Court could give.

We must have a reasonable balance. The preamble itself says both about the revival of our sovereign statehood and about the fact that we are part of the international community. Probably, it would not be necessary to break this balance. This would give one of the parties a public dispute, which is now clearly aggravated, a clear advantage. And the advantage is not needed here. That was the task of the Constitution, so that it would provide a basis for agreement between always opposing megaparties.

Ctrl Enter
Noticed oshЫbku Highlight text and press. Ctrl + Enter
We are
Comparison of the current Constitution of the Russian Federation and the Stalin Constitution 1936 of the year.Missed chapter "Strategy-2020"
22 comments
Information
Dear reader, to leave comments on the publication, you must to register.