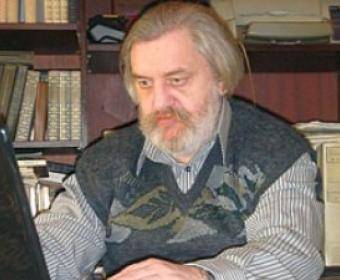 Interview of the chief expert of the US-Azerbaijan Foundation for Assisting the Progress of Alexei Sinitsyn with the AZE.az News Agency.


- How can Tehran's strange political demarche, which was used by the Minister of Oil Bijan Zangene to shock his OPEC colleagues with the plans of the Islamic Republic, explain: “We will achieve production of 4 million barrels per day, even if oil prices fall to 20 dollars”?

- Let's pay attention to the fact that the Minister made his statement not in the plenary session in Vienna, but in his lobby. And, in general, if one considers his words in a political context, this will be one more confirmation of the fact that the Iranian establishment is going through a state of euphoria. It seems that not very fragile “Geneva agreements” were reached in negotiations with the “Six”, and this Tehran emerged as a triumphant winner, at least, from the Cold War. This mood is supported by many other factors. Iranian creature - Lebanese "Hezbollah" - successfully manifests itself in the Syrian conflict. Even the Israeli Mossad recognizes it as the best military force in the region. Bashar Assad, an ally of Iran, clearly seized a strategic initiative in the Syrian theater of operations. Iranian influence on the government of Iraq, which is increasingly becoming a junior partner of Tehran, is constantly growing.

And, most importantly, the “reset” of relations with the United States is ahead of the wildest hopes of Iranian politicians. So why not scare the Sunni Arab regimes and Western opponents with a collapse in oil prices, suggesting that the Americans and the British might like this idea?

- Some experts believe that it was precisely the fears of the collapse of the oil market that caused the urgent visit of Russian Foreign Minister Sergei Lavrov to Tehran. Do you share this point of view?

- Of course, in Tehran, Lavrov discussed pricing and coordination in the hydrocarbon market. But for Moscow, they are closely related to the Iranian political situation. Some experts already in the near future see relations between Tehran and Washington at the level of US interaction with the Shah's regime. This is certainly a bust, but the fact that Iran will drift towards the West is quite obvious. Americans can not build a coherent policy in the Middle East. Hence the sharp reversals from sympathy for the Muslim brothers to their hidden opponent - Saudi Arabia. And then, perhaps, from the not quite understandable Sunni monarchies to the eternal rival - Shiite Iran.

Let us not deny that the extremely popular President Rouhani is a mentally absolutely pro-Western leader. If Western investments and technologies go to Iran, then “friendship with the northern neighbor” will begin to melt before our eyes. This will affect Russia's relations with pro-Iranian forces - even with the same Syrian regime. And in the long term, it can open the way for the implementation of the military presence in the Caspian Sea of ​​non-regional states. By the way, Iran could turn into a real competitor to Gazprom on the European market. Recall that the notorious Nabbuco gas pipeline was designed for Iranian gas.

Therefore, Moscow in the difficult process of "taming" Iran will try to seize the initiative from the West. Minister Lavrov is preparing an agenda for President Putin’s visit to Iran. Not to offer respect to Tehran, but to approach the conclusion of the so-called. The “Grand Treaty”, just like the one that was signed with China and India.

- And yet, will Tehran go to the collapse of oil prices, which in the context of the emerging US-Iranian Renaissance, some experts see as a blow to all oil-producing states - Azerbaijan, Kazakhstan, Arab countries, but, first of all, to Russia.

- In the next six months - it is absolutely impossible. All oil futures for deliveries from other OPEC countries have already been bought up. In addition, it takes time to reanimate the Iranian mining capacity. In addition, some experts point out that global oil demand in 2014 will be not 90 million barrels per day, but 93 million. This will completely block the proposals of Iran. And then, all this talk about the fact that "it is profitable for Iran to sell its oil even for 50 dollars, because over the years of the sanctions, it has become accustomed to live economically" is not consistent. Iran needs superfunctions for permanent military construction, for financial support of their political ambitions in the Middle East. The population of Iran could no longer “live economically”, otherwise Rouhani would not have become president.

And, multinational oil companies are more influential than weapons “Are they returning to Iran now to work at a loss?” Do not forget that Iran has two of the most powerful adversaries - Israel and Saudi Arabia - with huge lobbying potential in the United States. By the way, the US Congress and Senate are much less favorably disposed towards Tehran than the Obama administration.

But the main argument in favor of keeping oil prices at an acceptable level is the geopolitical factor. If the oil quotes collapse, it will certainly lead to a weakening of Russia. But so is China’s emergency gain. And it is completely unprofitable to the United States. The tension between America and the Middle Kingdom, and indeed in the entire Pacific region, is only increasing. Once Zbigniew Brzezinski dreamed of "Kimerik", i.e. close union of the United States and China. And now two professors - American John Mirshaymer and Chinese Yan Xuetun - publicly discuss the inevitability of war between these two countries. Moreover, it is the American who insists on the worst scenario.

No, there will be no drop in oil prices. Under pressure from Washington, OPEC, first of all, the Saudi Kingdom, will cut quotas, there will be other levers of price balancing, but the bar of the cost of an oil barrel will remain at $ 100 +.

Ctrl Enter
Noticed oshЫbku Highlight text and press. Ctrl + Enter
We are
What you didn't want to know about England52-th anniversary of the creation of OPEC
26 comments
Information
Dear reader, to leave comments on the publication, you must to register.