In the US, created a drone that can take off from a submarine


The uniqueness of the launch is that it was carried out from a submerged position. The drone was launched from the torpedo compartment of the Providence submarine, belonging to the Los Angeles class, using a delivery system called Sea Robin. This system was designed to fit inside an empty launch canister, the same one used to launch Tomahawk missiles from a submarine. During the flight, a UAV launched from a submarine transferred reconnaissance video to the boat, auxiliary ships and to the American base in Norfolk (Va.). An autonomous electric fuel cell, which is designed for at least 6 operating hours of the device, acted as a power unit for the drone. The UAV landed at the American naval base in the Bahamas, on the island of Andros.

The launch of the container from the board of the submarine is carried out using a standard 533-mm torpedo tube. After separation from the launch container, the Sea Robin system, with the XFC drone inside, floated to the surface, and then took up a vertical position, which is similar to a floating pole. On command, which comes from the boat, a vertical launch of the device is carried out, and for several hours it flies over the surface of the ocean. 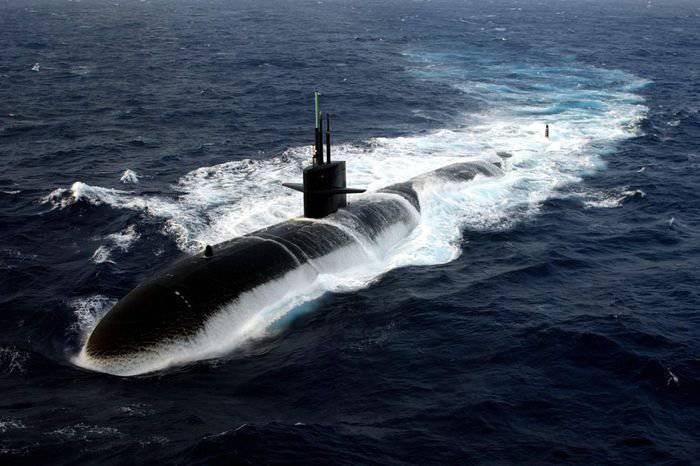 Los Angeles class submarine
The XFC UAS unmanned system is an autonomous, all-electric system that operates using fuel cells. Unmanned aerial vehicle has folding wings. According to the developers of this model, the use of fuel cells in its design is an unprecedented shift in stories development of modern starting and propulsion systems for UAVs. Of interest is the fact that not only the flight of the drone itself, but also its take-off is carried out using electricity. Due to this, the device has a very small number of unmasking signs. The XFC UAS drone will be quite difficult to detect. At the same time, a negative feature of electric aircraft that operate on fuel cells is a relatively short flight time and a small payload. American engineers still have a lot of work to do in this direction.

According to information contained in an official press release, the first successful launch of an ocean-based drone from an underwater position is the next step on the path to strengthening intelligence systems, reconnaissance and surveillance systems for American underwater fleet. It is reported that the system being developed is of a reconnaissance nature and does not imply the presence of any weapons.

The first reports of the US Navy about the work on the XFC UAS system date back to August 2009. Then in the published material it was said that the specialists of the US Naval Research Laboratory successfully conducted six-hour flight tests of the XFC unmanned system, which was shown as part of the conference of the International Association of Unmanned Systems (AUVSI), held in Washington in the same 2009 year. The document said that the XFC UAS system is disposable, that is, after the drone completes its flight mission to the submarine, it will not return, and the crew will not take any measures to search and detect the device. 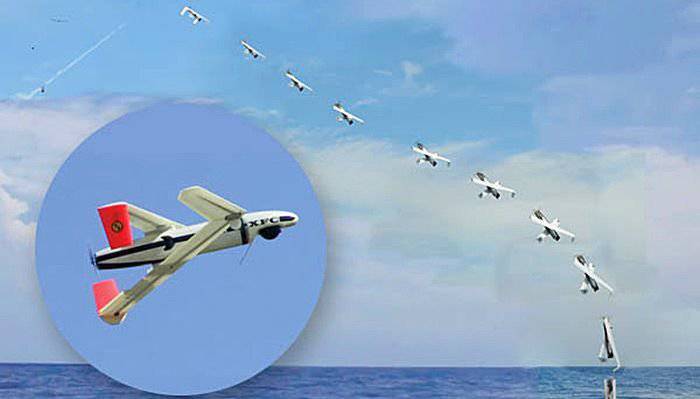 The Sea Robin container and the collapsible wing UAV itself were designed by the US Naval Research Laboratory (NRL) in collaboration with SwampWorks, the Department of Defense Technology Response Directorate (DoD / RRTO) and the US Naval Research Management (ONR). It took a little more than 6 years to develop the concept of an unmanned aerial vehicle until the implementation of full-fledged tests in the fleet, which, by the standards of developing such programs, is a very short period.

It is worth noting that the project unmanned system XFC UAS is not the only one. Today, in the interests of the US Navy, the US military-industrial corporations are developing several vehicles at once, which can be based aboard submarines. At the end of 2009, Northrop Grumman and Boeing put forward a proposal to equip the Ohio and Virginia class submarines with ScanEagle unmanned aerial vehicles, which are already in service on surface ships and in land units of the US Army.

The ScanEagle drone, as well as the XFC, is intended for reconnaissance, reconnaissance and observation of the terrain, but it is technologically much simpler than its fellow. This UAV is equipped with a piston propeller engine, which develops power in 0,97 kW, an infrared and / or optical video camera and various communication systems capable of operating at a distance of up to 100 km. At the same time, the device has a sufficiently long flight time - 20 hours. The length of the drone is 1,4 meters, wingspan - 3,1 meters, weight - 20 kg. At the same time, ScanEagle is able to reach speeds of up to 150 km / h. 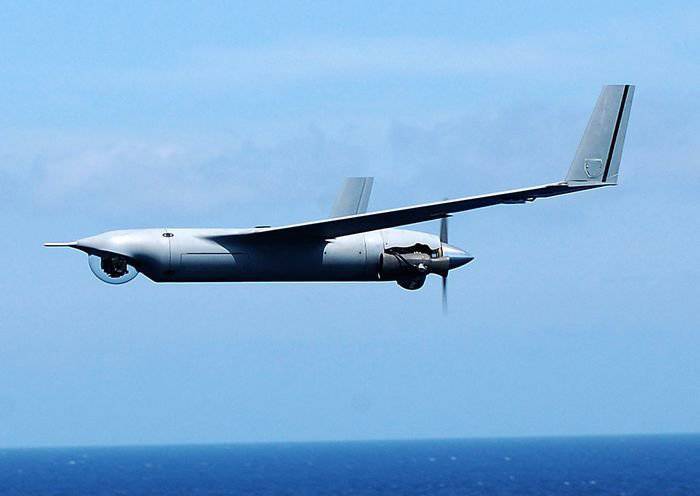 ScanEagle drone
There is no doubt that the result of the completion of testing and deployment of XFC UAS vehicles (and, possibly, other UAVs) on board submarines will be that the potential for autonomy, secrecy and damage of the American submarine fleet will increase. This will help the "eyes and ears", which will operate in the air in the interests of the submarine.

The creators of the XFC UAS system are proud to say that they have provided significant savings to the American budget, as "traditional programs very often bring some kind of result only decades later." Welcoming the successful completion of the experiment, Warren Schulz, who heads this program, noted that a technology was created that fully meets the needs of the special forces community in the United States. Earlier, the specialized American media also wrote that American engineers are working to create a special “underwater ship base”, designed to launch not only aircraft, but also underwater unmanned systems.

At the same time, American programs for the use of drones in military operations have long been criticized by the entire world community and human rights defenders. In fairness, we note that we are talking about shock drones equipped with various types of offensive weapons, and not about reconnaissance vehicles.