The future of Chinese naval aviation

December 12 2013
15
Last summer, US Secretary of Defense L. Panetta announced that by the 2020, two thirds of the US Navy ships would serve in the Pacific Ocean. It is planned to transfer ships and submarines of various classes and types to new duty stations, which will strengthen the presence of American naval forces in the region. It is not difficult to guess what exactly caused such plans of the Pentagon. China is currently actively developing its armed forces, including the navy. In the near future, Chinese sailors may begin hiking or on duty to remote areas of the ocean, which will speak directly about the state of the Navy. Thus, in the foreseeable future, a new cold war between the United States and China may begin in the Pacific. 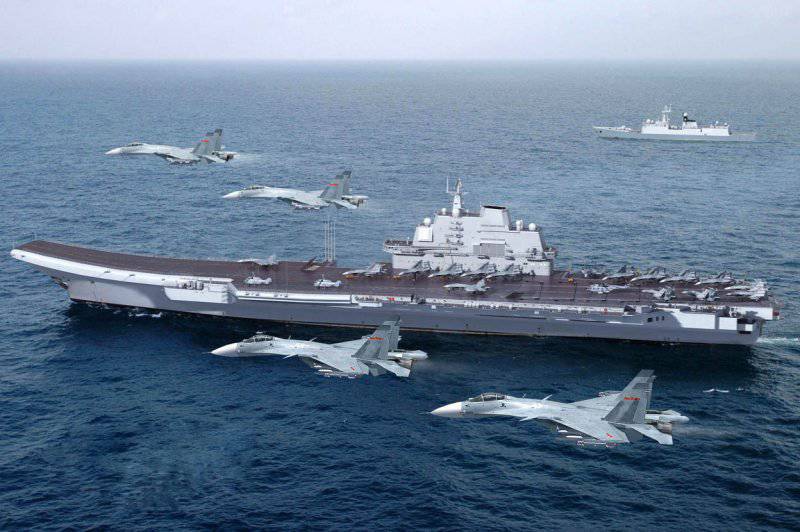 The strengthening of the Pacific group of the US Navy, apparently, is taken into account by the Chinese command when creating plans for the future. Naturally, the Chinese commanders will not only have to put up with the presence of US ships in the Pacific Ocean, but also prepare for a possible armed conflict. China needs to create a strategy for further development fleet The People’s Liberation Army, which will take into account the need to combat the American Navy, and especially with aircraft carrier strike groups (AUG).

In recent years, the Ministry of Defense of China has paid great attention to the development of the naval forces, including the naval aviation. From the available information it follows that airplanes and helicopters of the Navy are called upon to solve a number of attack and auxiliary missions, the implementation of which is difficult or impractical for ships. Thus, naval aviation in the coming years may become one of the most important components of the armed forces of China, capable of counteracting the probable enemy in the person of American naval formations. However, there is reason to believe that such changes will take place only in the distant future. 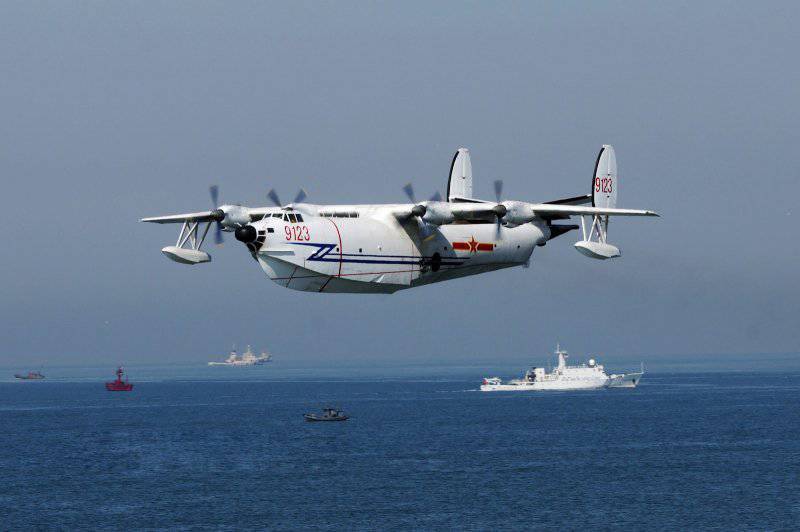 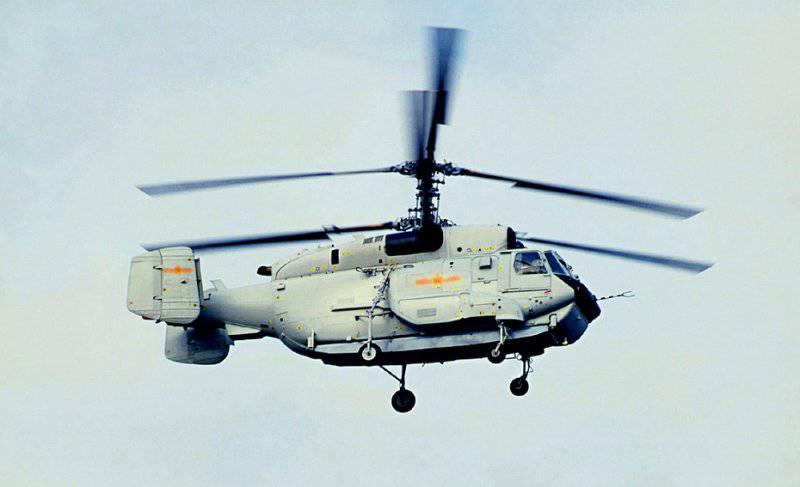 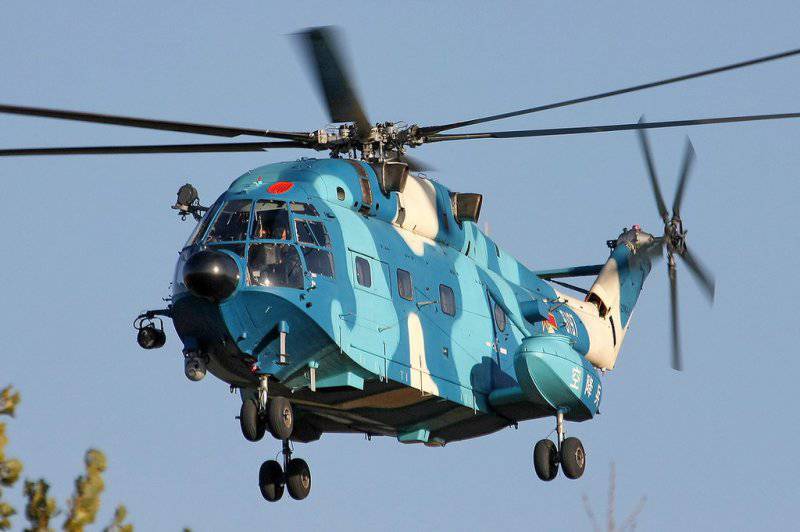 At the moment, the naval aviation of the People’s Liberation Army of China in terms of quantitative and qualitative composition has no significant differences from the Air Force. The most notable differences are the presence of multi-purpose amphibious aircraft Harbin SH-5 and helicopters of radar detection Ka-31 and Changhe Z-8. Other types of equipment are similar to those used in the air force.

Judging by the available information, the PLA naval aviation cannot effectively deal with enemy submarines. As part of Chinese naval aviation, there are more than fifty anti-submarine helicopters of several types made in China and bought from Russia. These helicopters are able to patrol and search for enemy submarines at a distance of up to several tens of kilometers from ground bases or carrier ships. Thus, the combat potential of anti-submarine helicopters is significantly limited, and their total number does not allow controlling large areas of the Pacific Ocean or the seas washing the territory of China. 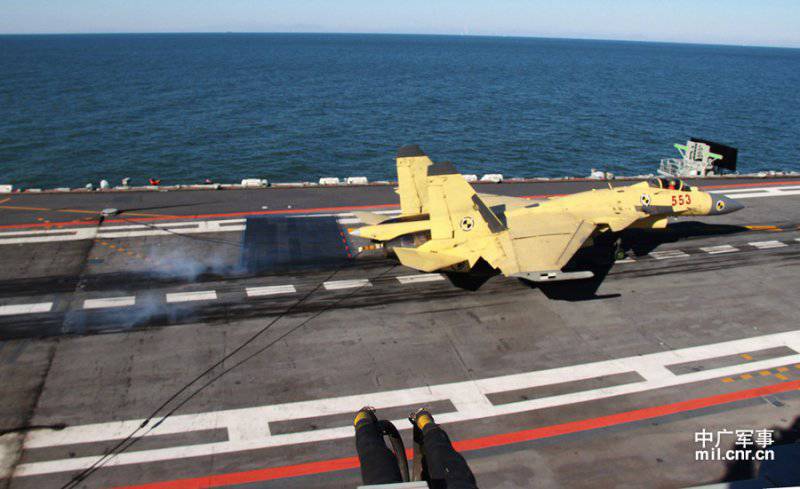 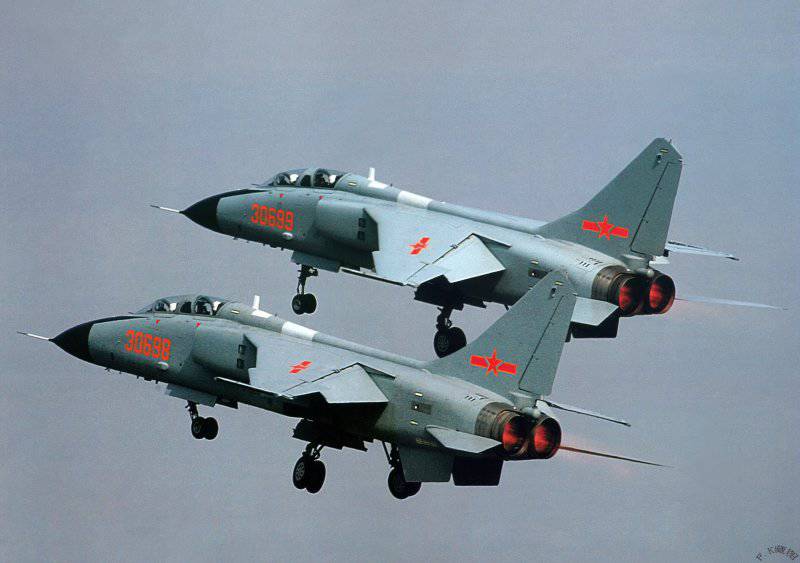 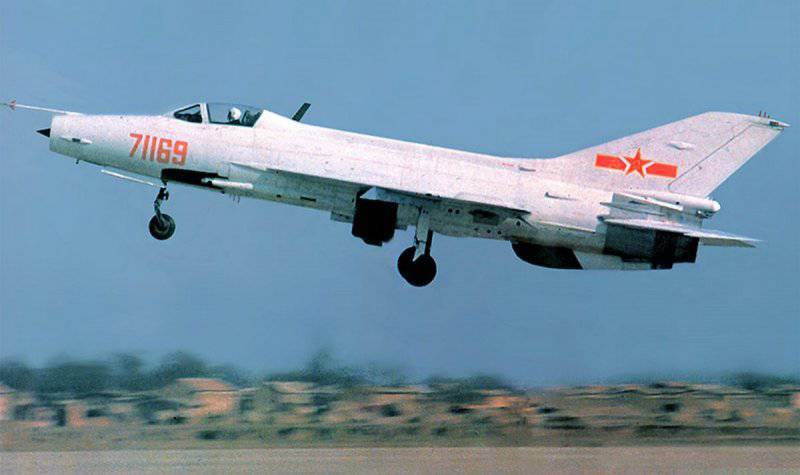 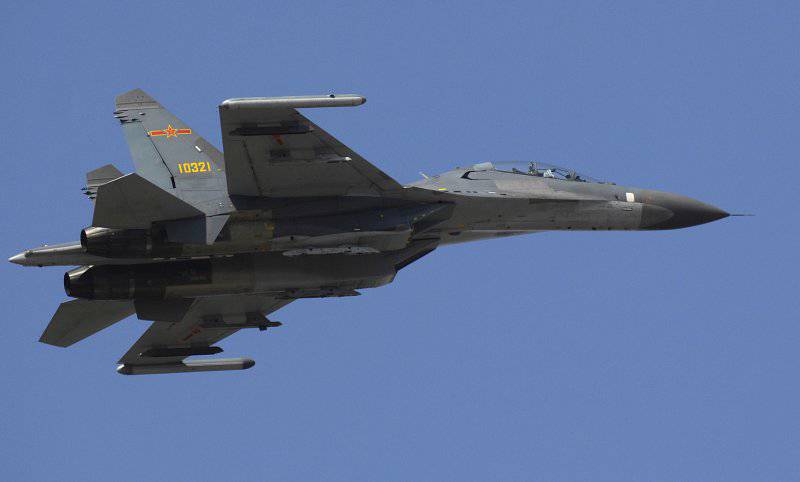 In the future, deck fighters may carry out air defense of ship formations in China, but now only one aircraft carrier is in the PLA Navy. The construction of new ships of this class will begin only in the future and, therefore, in the foreseeable future, naval aviation will not be able to protect ships at a great distance from coastal bases. With regard to the protection of ground objects, then it can handle and units of the Air Force. It should be noted that the fighter-bombers in quantitative terms are the basis of the PLA Navy. In parts of the naval aviation, the aircraft are of Chengdu J-10, Shenyang J-11, Xian JH-7, Shenyang J-8 and Su-30МК2 types Russian aircraft. Several dozen fighter-bombers are able to intercept air targets or attack enemy ships at a distance of up to several hundred kilometers from the base.

Chinese fighter-bombers can carry several types of anti-ship missiles. The use of such weapons significantly increases the size of the zone in which the destruction of targets during flights from coastal bases is possible. Thus, the C-802 rocket is capable of hitting targets at a distance of up to 120 kilometers, and the stated C-805 anti-ship missile launch range reaches 500 km. Thus, the combat radius of a JH-7 fighter-bomber can exceed 1000-1500 kilometers.

The Chinese naval aviation has a number of Xian H-6D long-range bombers capable of carrying C-301 or C-101 anti-ship missiles. These aircraft with similar weapons can hit targets over distances over 2000 kilometers. If necessary, the combat radius of the H-6D bomber can be increased by air refueling. However, the combat capabilities of long-range bombers are limited due to their small number and the impossibility of constant fighter escort during the entire length of the flight.

As you can see, Chinese naval aviation cannot yet perform all the tasks associated with countering the Navy of a potential enemy. In fact, it can work only within the coastal zone with a width of several hundred kilometers. Combat work at a greater distance from the coast is still available only to some ships. In the future, after the introduction of a sufficient number of aircraft carriers, it is possible to expand the area in which Chinese deck aircraft can operate.

News recent years, concerning the construction of new military equipment, they say that China gives greater priority to ships. Because of this, the active construction of new types of ships continues, and the renewal of naval aviation is proceeding at a much lower rate. Apparently, the PLA Navy Command does not consider airplanes and helicopters as a full-fledged means of countering the likely enemy’s fleet. However, some ships may transport and use anti-submarine helicopters.

There is reason to believe that the situation will change in the near future and China will begin to re-equip its naval aviation. Nevertheless, the priority position of the naval component of the Navy makes one doubt the possibility of a radical restructuring of the structure of the Chinese military fleet. Everything suggests that in the foreseeable future, naval aviation will only solve auxiliary tasks related to the search and destruction of enemy ships or submarines and the protection of coastal bases or ships at a small distance from the coast.

Ctrl Enter
Noticed oshЫbku Highlight text and press. Ctrl + Enter
We are
The state and prospects of development of the naval forces of Ukraine (2013)Open War Cold: US and China in the Pacific
15 comments
Information
Dear reader, to leave comments on the publication, you must to register.