Are Americans against a cosmopolitan future? 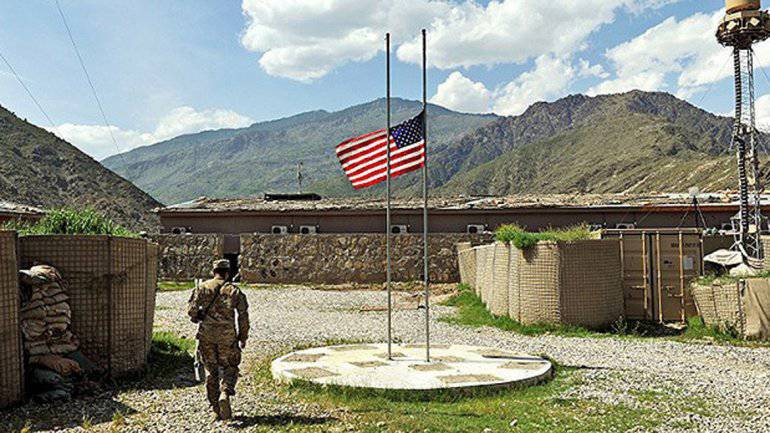 More than 40 years have passed since the end of the conflict in Vietnam, and it seems that during this time in the United States a generation of “untried” people has grown, those who have never heard of the horrors of war from veterans and, moreover, did not take part in hostilities. The grandmothers and grandfathers of modern 20-year-old Americans had heard enough about the bloodshed in Southeast Asia and at any time could get into the Vietnamese meat grinder. At one time, the Vietnam War became a catalyst for sluggish civil confrontation in the United States. And now: for the first time in nearly half a century, the American youth is opposed to endless military campaigns abroad. What can this mean? Interests of the ruling elite are contrary to the expectations of the people?

Information that 52% of Americans are critical of the adventures of the White House was published in the British The Guardian with reference to the Pugh Independent Research Center, whose headquarters is located in Washington itself. According to the statistics of the same center, only 38% of US residents fully support the country's active foreign policy. Another 10% of respondents refrained from responding.

As it turned out, 53% of respondents believe that the foreign policy prestige of the United States in recent years has greatly decreased. Only 17% of respondents disagree with them: in their opinion, the White House gained more than it lost. Another 70% of Americans reported that, in their opinion, the United States no longer enjoys such respect in the world as in past decades. It is worth noting that such a record low evaluation of the foreign policy of the United States was given for the first time in stories “America's Place in the World” survey, which is held annually, starting with 1964.

It turned out that ordinary Americans do not want to take on solving other people's problems. It is becoming increasingly difficult to conceal that Obama’s bonuses are being manipulated by large transnational corporations, ready to use the United States for their own commercial interests. And although the truth that the state is working for global business has not been disclosed, citizens of the United States still do not feel rejoicing over the next triumph of democracy in some overseas country.

The path from permissiveness to greed

However, the opinion of the people in the United States does not interest anyone. The cohort of American political scientists and philosophers who insisted on the global supremacy of the United States and talked about the inevitable development of a golden consumer society is receding into the past. Its most prominent representatives are Zbigniew Brzezinski and Francis Fukuyama - if not the ideologues of the American domination doctrine, then, in any case, people who were able to comprehend and formulate its basic principles. And the main principle was the implementation of the functions of the "world gendarme" by the United States. In his lectures, Fukuyama directly calls for interference in the internal affairs of sovereign states with the aim of “democratization” of entire regions.

But, having shouldered the “white man’s burden”, the United States quickly exhausted. The civilizing mission was quickly replaced by the game of great corporations using American diplomacy in their own interests. Examples are the struggle for control of oil fields in the Middle East, the massive printing of dollars in the hope of artificially increasing the value of the euro, the collapse of the economies of Eastern European countries by removing customs barriers from Western countries, the destruction of national economies of Africa, Southeast Asia and Latin America. Postmodern cosmopolitan magnates use the philosophy of Fukuyama, calling for the unity of humanity under the foot of capitalism. And although his ideas showed their inconsistency, they became a fertile pretext for justifying the actions of financial tycoons acting not in the national interests of America, but, on the contrary, contrary to them.

The merging of state and business was already happening in the USA at the beginning of the 20 century: then Franklin Roosevelt overcame the growing influence of the monopolies and took care of their division into many small firms. In the same period in Europe, the power of corporations led to the emergence of ultra-right regimes that defended big business. Similar processes took place on the eve of the First World War. It seems that nowadays the United States has returned to the state of the 20s, with the difference that Barack Obama does not have enough courage to fight the growing influence of the monopolies. The foreign policy of the United States is entirely dependent on the interests of a narrow circle of people; the needs of the people are not taken into account.

In such circumstances, the United States no longer stands guard over “democratic values,” as was stated back in the early 90s. Now America is just a tool for the destruction of competitors, turned out to be in the capable hands of industrialists. Now the States are experiencing a fateful period, when one part of the ruling elite is in favor of preserving the priority of national interests, and the other part supports further coalescence of business and the state and places corporate interests above national ones. Thus, over the past 20 years, the United States has gone from libertarian permissiveness and imperial neoconservatism to totalitarian control over society and cosmopolitan plutocracy, divorced from the United States itself and rejecting the idea of ​​building an empire. The neocons and plutocrats are the two main forces fighting for power over the United States. The former see the United States as a state that must be saved from the impending social catastrophe and lead to new prosperity by refusing excesses, the latter as a mechanism for controlling global financial flows.

Judging by the US military doctrine and Obama's unwillingness to intervene in the Syrian war, the initiative in foreign policy has so far belonged to the neocons. Those in favor of the national interests of the country refuse adventures abroad, and this finds support from the people, tired of the continuous salvation of all Africans and Asians. Neocons propose to concentrate all efforts on the fight against China, refusing to expand in other directions. The Plutocrats, in their turn, want to return to the policy of dictatorship in order to continue to protect the interests of their transnational corporations in all parts of the world with the mighty military machine of the White House.

But for objective reasons, the United States cannot control everything at once. An attempt to make the world unipolar failed because the US sprayed its forces in an attempt to simultaneously contain the offensive of Islam, prevent the increase in the foreign political power of China and Russia, and even prevent the integration of the European Union. As a result, jihadists became perhaps the main allies of Washington, the Russian world rebelled against the expansion of the United States, China is gradually increasing its presence in Africa and Far East, and the Old World are in a light stupor on how much the euro rises in price against the dollar and it seems , Germany is about to give up the support of the American occupation forces that have been in the country since 1945.

Thus, a failed project of a unipolar world has already been destroyed, regardless of who is in power in the United States - plutocrats or neocons. In the first case, the current situation will remain, that is, America will continue to fight on several fronts at once. This will slow down her humiliation, but will not help Washington save the situation. In the second case, all military and diplomatic power will be thrown at solving the most pressing problems, and so far China’s gain and the revival of Russia are considered. This means that the White House will abandon Latin America and Africa to the mercy of fate, forget about the covert struggle against Western Europe, give the Middle East to the mercy of Sunni fundamentalists and Iran. Consequently, the United States will lose the status of world gendarme and return to the era of the Cold War, limiting itself to confrontation with other world powers. Such a sharp transition will undoubtedly lead to an imbalance in the world, but the United States will only gain from it. First of all, Washington will receive time to rebuild the system of foreign policy relations, and also be able to concentrate on solving urgent problems.

It can be summarized that with the plutocrats America is slowly dying and losing its national sovereignty, turning into a model of the postmodern world without borders, races, nations, where a person is just a consumer. With the neocons, the United States loses the title of superpower and becomes on par with Russia, Brazil, India, China, the European Union, and rolls back to the days after the Vienna Congress 1814-1815, when international problems were solved by searching for a compromise between the powerful.

Thus, the results of a study conducted by the Pugh Center are evidence of a deep systemic crisis that swept the US after the 11 of September of the 2001 of the year. In the States, there is a struggle between a cosmopolitan plutocracy set up to dominate the world and neocons wishing to preserve the sovereignty of the country. And it turns out that Americans do not want to be exemplary consumers. The postmodern world, depicted by Fukuyama in his philosophical utopias, turned out to be a trap not for “totalitarian dictatorships” with a planned economy, but for the USA itself.

Ctrl Enter
Noticed oshЫbku Highlight text and press. Ctrl + Enter
We are
Lion City - Half a Century of Independence of SingaporeThe tragedy of the American army ("The Atlantic", USA)
35 comments
Information
Dear reader, to leave comments on the publication, you must to register.