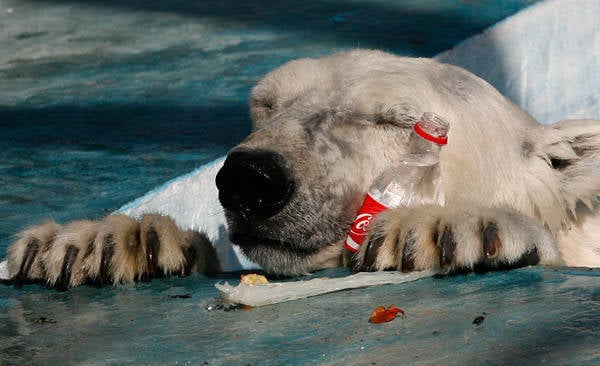 For example, at some point (the end of 80x), the population of Russia was convinced that the “American way of living” (conducting foreign policy, safeguarding their interests, ensuring the stability of elites through a simulation “game of democracy”, monetary stimulate social competition) is the best and right.

Well, the gullible Russians grunted, spat, harnessed, and in 20 years learned the American way of action. The “dollar pump” has not yet been built, but otherwise they have consistently made themselves cannibals no worse than the overseas model.

But it seems that yesterday’s instructors do not really like how well the student learned their lessons?

Interview with Edward Lucas (editor of the International Politics section of The Economist magazine, political consultant, author of the book "New Cold War: Putin's Russia and the Threat to the West")

E. Lucas - If you look from the point of view of geopolitics, the main task is to make Ukraine retain its independence. This will be a catastrophe for Europe, for the whole world and of course for Ukraine if Ukraine turns into the second Belarus. If integration is as strong as between Russia and Belarus.

A. SAMSONOVA - And why would actually be such a disaster?

E. LUCAS - Because we already have very serious security problems due to the Russian-Belarusian exercises West-09 and West-13, which rehearsed the invasion and occupation of the Baltic countries. And practiced a nuclear attack on Warsaw. And Belarus has 10 millions of people, but there may be similar integration with Ukraine, which has 40 millions of people, and this will make the EU’s already too weak military security even more vulnerable. So these are just our interests. If we cannot protect the Baltic countries even now, and Ukrainians will start helping Russia in the same way that Belarus is helping now, it will be just very dangerous for us. So this is important from a security point of view. But there are other reasons.

After the war in Georgia, after the systematic integration of Russian and Belarusian military forces and weapons in the Western European part, we began to worry. And now we have plans, it seemed to us that the exercises did not need to be carried out. Just enough plans. And then we saw the teachings of West-09, extremely frightening behavior. They saw an increase in the number of weapons. We saw simulations of air attacks on Sweden, which is really scary. After all, Sweden does not have an air force that would work 7 days a week 24 hours a day. And one fine Friday, Russian military aircraft will block the Swedish air defense radar, and make a training attack on the headquarters of the air defense forces. And you have to be crazy so as not to worry about it. Especially if you live in the Baltic countries. So we need to protect the Baltic countries, and this is becoming very difficult. Latest american Tanks left Europe. Most European countries do not have many, and they do not spend so much money on defense. Russian defense spending is growing, our defense spending is falling.

But Russia is a mixture of heavy weapons and dirty money. They invest in our media, in our politicians. And besides this completely black money, there is also absolutely legal trade, legal investment, but all these attempts have a common motive to divide the West, divide Europe and America. Reduce political cooperation among European countries and allow Russia to get what it wants. Confrontation with Russia becomes inevitable. We do not need a policy against Russia, but we must try to protect ourselves. But still, I would like to return to Ukraine. Of course, there is our interest. In that she did not join the Russian army. But I would also like to think about the 40 millions of Ukrainians who deserve more, exactly the same as the Russians deserve better. They do not deserve to be ruled by gangsters. This is wrong, they are bad people, they steal money, keep their countries in isolation, we should have not only selfish, but also altruistic interest in making the life of Ukrainians better. They deserve free media, the rule of law, political competition, civil society and all the things that we have.

A. SAMSONOVA - Good. Thank. We return to Ukraine. Can we say that Putin won, and European politicians lost?

E. LUCAS - Yes, of course I won. Le Monde wrote about it correctly. Putin made a checkmate in Europe. We are trapped, we do not want the Ukrainian economy to go bankrupt. We do not want it to be controlled by Moscow. Yanukovych will not do anything. We have no policy in Ukraine.

In order not to get up twice: people often ask how patriotism can be combined in one head, the Soviet system of values, and the joy for certain successes of “thieves Russia and Putin oligarchs”.

Can. Great at. Try to let this joy into your life. This is not nonsense, not a sin or a betrayal of ideals. This feeling of the flag. For example, in Dorenko:

- I always told my employees and said one phrase: I love my country, and besides, I always accept it as it is. I say, such a country with a capital letter: I accept her as such, I love her as such, and I am ready to fight for her. So that my children, my grandchildren and all other descendants could live in my country. Proceeding from this, I will consider the territorial integrity of the country to be the main priority, and later on I will take note of the fate of world democracy, the fate of the Russian intelligentsia, and so on. That is, we are a patriotic station, in a sense.

Well now there is no Red Empire, - and there is no button, pressing which, it can be returned, either. But in the continuously growing boundaries, and with the building up of social guarantees, for the first time, the Tricolor will suit me.

And then we'll see what means of our Empire to implement our imperial goals.

The country will need commissioners - there will be commissioners, and dirks with Mauser. Personally grandfathers fasten. And brokers with brokers will be needed - for example, Wall Street and City will howl when Russian Capital, with the support of the imperial KGB think tanks, opens the door to them with their foot, and seize the bulls with bears for the testicles.

Here in this approximately aspect.

Ctrl Enter
Noticed oshЫbku Highlight text and press. Ctrl + Enter
We are
A great interview with Sergey Lavrov: about Ukraine, Obama and IranA.Dugin. Geopolitics of Russia of the twentieth century
31 comment
Information
Dear reader, to leave comments on the publication, you must to register.