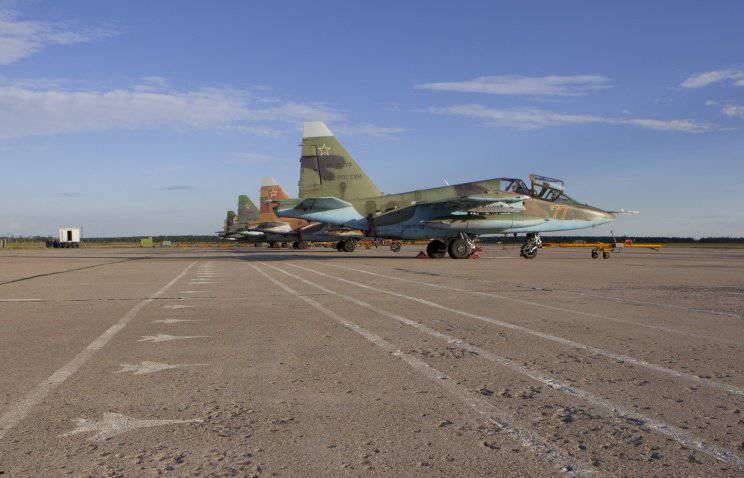 Four air bases will be reorganized into mixed air divisions (1, 105 and 303) and military transport aviation division (12), said Defense Minister General of the Army Sergei Shoigu at the expanded board of the Defense Ministry with the participation of the Supreme Commander, President of Russia Vladimir Putin's

“In the framework of the formation of promising military personnel and a basing system aviation Armed forces implemented the principle of "airfield - aviation regiment." At the same time, the total aerodrome network will consist of 134 aerodromes, including 55 of which are jointly based, ”he said, ITAR-TASS reports.

According to the minister, in order to ensure the deployment of military units formed by wartime and military units in each military district, reserve commands have been created.
“They include all the bases for the storage and repair of weapons and equipment,” Shoigu said.

According to him, with the creation of interspecific groups in strategic areas and the beginning of the serial supply of weapons and military equipment, the intensity of training troops has increased.

“In total, over 3 thousand exercises of various levels were conducted; they were of an inter-specific (joint) character,” he said.

“The formation of a technical basis for the introduction of a new model of training troops has begun. Its core will consist of four combat training centers and four interspecific ranges of military districts, ”the minister said.

According to him, these centers and polygons "will be equipped only with modern unified polygon equipment and training facilities of the new generation."

“As a result, we managed to achieve in the operational-tactical aviation standard indicators for the flight time of crews - 100 hours. For the rest of aviation, this indicator was improved and comprised 111 hours in long-range aviation, 175 hours in military transport, 87 hours in military aviation and 73 hours in crew hours, ”the minister said.

“The fusing of the crews of surface ships and submarines also exceeds planned targets,” noted Shoigu.

He recalled that in the armed forces the system of competition was restored. In June, for the first time, competitions for aerial training of flight crews of the Air Force associations “Aviadarts-2013” ​​were held, and in August - All-Army (international) platoon and crew competitions “Tank Biathlon - 2013. "

According to Shoigu, "they contributed to the spread of advanced training methods for military personnel, improving their combat skills."

“In 2014, it is necessary to commission a combat training center in Mulino, begin interspecific training of troops at the Ashuluk training ground, complete the equipment of all training centers in the Navy with modern simulators,” Shoigu set the task.

By optimizing the warehouse infrastructure of the armed forces, 2017 will be able to free 12 thousand troops and 125 thousand civil servants by the year of XNUMX.
“Particular attention is paid to the optimization of storage sites for weapons, missiles and ammunition. From 112 available arsenals, bases, depots of missiles and ammunition for 1 in January 2015, the structure of the armed forces is to contain 30 arsenals. Of these, 15 - integrated storage and 15 - for the maintenance of stocks of ammunition, exported from other arsenals, "- said the Minister.

In addition, according to Shoigu, by the end of 2014, it is envisaged to complete the construction of 15 arsenals for storing missiles and ammunition of the first category.

“In order to bring the equipment and material storage systems to modern requirements, it is planned to build an 2018 production and logistics complex before 22, instead of the currently existing 377 bases and warehouses,” Shoigu informed.

In August, the first all-army tank biathlon competitions were held at the Alabino training ground in Moscow region, where Defense Minister Sergei Shoigu congratulated the winners. For four days, crews from Russia, Belarus, Kazakhstan and Armenia demonstrated their skills in shooting large-caliber guns and driving over rough terrain.

In June, at the Baltimore training ground in the Voronezh Region, members of the crews of the Russian Air Force played aviadarts, competing in the ability to accurately hit ground targets.

Ctrl Enter
Noticed oshЫbku Highlight text and press. Ctrl + Enter
We are
Sudden inspection of missile forces in the Western Military District
21 comment
Information
Dear reader, to leave comments on the publication, you must to register.