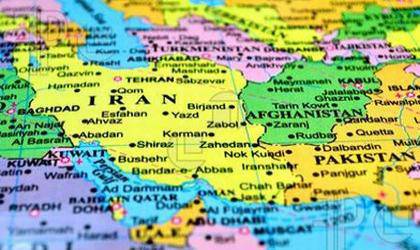 Americans want to stay in Afghanistan after the expiration of the mandate of the UN Security Council in 2014 and expect only the consent of President Hamid Karzai, who so far refuses to sign an agreement on strategic partnership with Washington. As they say in Kabul, China, Russia, India, Pakistan, Turkey, the countries of Central Asia spoke in favor of the agreement. Iran remains the only country opposing the signing of an agreement with the United States by Afghanistan. In the coming days, the President of Afghanistan will arrive on an official visit to Iran to discuss the prospects for concluding an Afghan-American agreement.


Tehran believes that the military presence of the United States and NATO can have negative consequences both for Afghanistan and for the region as a whole. It is possible to agree with the fears of the Iranians that Afghanistan could become a lever by which the US will regulate the level of threats for the states bordering with Afghanistan for the benefit of itself. However, the position of the Iranian leadership does not agree with other neighbors of Afghanistan, who, on the contrary, are confident that without American military support, the Afghan police and army, which have already transferred more than 70% of the country’s territory to responsibility, are unlikely to be able to maintain order and security.

Already, the national police and local self-defense units of Afghanistan lose more than 100 people killed and about 300 people wounded every week, and there is no reason to believe that these losses will be reduced after the Americans leave, and the heat of the armed struggle will subside. The resumption of the active phase of the civil war is predicted, warnings are issued about the likelihood of a repetition of the bloody “Syrian scenario”, since no political group is able to establish a strong balance of power in Afghanistan today. The inevitability of the aggravation of the situation in the country after the departure of the Americans scares everyone, but in Tehran it seems to be considered the lesser evil. For the Iranians, it is more important not to allow the American occupation of Afghanistan to continue for the future up to 2024, as provided for in the draft agreement, which so far does not want to sign Karzai ...

From the standpoint of international law, Iranian diplomacy has every reason to seek from the neighboring state to refuse consent to the US military presence in Afghanistan, as the mandate of the UN Security Council ends, and the Americans are going to stay here in agreement with the current Afghan government, which in the spring of 2014, after the presidential election may not be. Iran intends to continue to persuade the Afghan leadership to abandon the agreement with the Americans.

Kabul has an understanding that Iran seeks to erect barriers for the United States and other Western countries, thereby creating the prerequisites for strengthening its own influence in the region. Iran is trying to build relations simultaneously with the Afghan government and the Afghan Shiite minority. The Iranian regime’s promotion of its ideology creates tensions between Sunnis and Shiites. Tehran’s accusations of “cultural invasion”, the desire to control Afghanistan through media and religious activities are also heard. Now in Afghanistan, 6 TV channels and 15 radio stations operate on Iranian money. Afghan secret services periodically report on Tehran’s support for pro-Iranian anti-government rebel groups in various parts of the country. The DRA government has repeatedly declared Teheran’s failure to comply with Iran’s strategic cooperation agreement with Afghanistan. As you can see, Kabul’s claims to the Afghan policy of the western neighbor have accumulated enough.

Many experts believe that Iran has its own "Iranian Taliban", in any case, the Iranians with the Taliban not only fought, but often came to an agreement on the division of spheres of influence. Similar arrangements cannot be ruled out in the new situation. In achieving their goals, the Taliban may well rely on the Iranian shoulder, because the Iranians, in their understanding, are much better than the Americans and do not claim to be the whole of Afghanistan. It is important for Iran to dominate the country's Shiite area, which is approximately 15% of the population of Afghanistan, whose representatives cannot be at the head of the entire state under any circumstances. Tehran has traditionally sought to have a strong position in areas densely populated by the Tajik ethnic group. Note that the former president of the Islamic Republic of Iran, Mahmoud Ahmadinejad, set a goal to revive Persian nationalism, opposing his position to Iranian spiritual leadership, who believes that only Islam can be the basis of Iranian identity. In Afghanistan, the Tajiks are in the sphere of Iranian interests and have always been supported by Iranians.

It should also be borne in mind that Tehran can significantly increase the number of its supporters in Afghanistan by forcibly returning Afghan refugees, of whom there are more than 3 million people in Iran and almost half of them are illegal. Most Afghans in Iran assimilated with Iranians, speak the same language, have much in common in culture and life. In November 2012, the Iranian government decided to deport more than 2015 million Afghan refugees to their homeland by the end of 1,6. This provoked Kabul’s strong objections, but the deportation of Afghan refugees from Iran is already underway. Finally, Tehran remains the main donor of Herat - one of the largest provinces of Afghanistan, located in the west of the country and bordering Iran. The majority of the population in Herat professed Shiism and in the years of the former civil war put up fierce resistance to the forces of the Taliban movement. Now Iranian investments in the economy of Herat have increased the volume of bilateral border trade to almost 2 billion dollars (2012 data of the year).

In addition to the expansion of trade, reconstruction, construction of educational centers, investments in infrastructure, Iran pays special attention to cooperation with the authorities of neighboring Afghan provinces in the fight against drug trafficking. Here Iran has very serious claims to the Americans.

Over the years of the ISAF troops in Afghanistan, 12 has produced and exported more heroin than any other country in the world. The Americans set foot on Afghan soil at the moment when, in 2001, the country produced the smallest amount of opium raw materials from 1992, total 185 tons. Years of foreign occupation led to an increase in drug production in Afghanistan almost 40 times. The Western coalition led Afghanistan to become the sole leader among the drug traffickers of the entire planet. Today, 80% of the world opium poppy crop is removed in Afghanistan. Iran is located in the transit corridor between raw opium producing Afghanistan and its European consumers. The Iranian government spends more than 800 million dollars annually on the fight against drug trafficking. At the same time, international organizations allocate crumbs to Iran for the fight against drug trafficking - a total of about $ 15 million.

The effectiveness of Iran’s struggle against drug trafficking is extremely high. For comparison: if the Russian law enforcement agencies manage to withdraw from circulation only about 4 percent of the heroin and narcotic drugs entering the country, Iran removes about 33 percent. Iran is the world leader in the volume of confiscated drugs and an important partner of the UN in combating their distribution. In recent years, more than 700 kilometers of ditches have been dug at the Iranian-Afghan border, extensive border fortifications have been built, including barbed wire fences and concrete fences. The Iranian government has deployed thousands of security personnel and other security agencies to the east of the country. The Islamic Republic of Iran accounts for 80% opium and 40% morphine seized worldwide. Over the past five years, Iranian intelligence services annually seized 600 tons of drugs from smugglers on average 2. For Iran itself, the drugs of the Americans who refused to fight the Afghan drug business also became a national disaster: there are already about XNUMX million drug addicts in the country.

Chuck Heigl, who was in Kabul these days, is confident that the Afghan authorities will sign a bilateral agreement on time - before the onset of 2014. During the upcoming visit of the Afghan president to Tehran, the Iranians will try to dissuade Hamid Karzai from putting his signature on an Afghan-American pact. Tehran would not like to see Americans in Afghanistan for many years.

Ctrl Enter
Noticed oshЫbku Highlight text and press. Ctrl + Enter
We are
Afghanistan and Pakistan are US alliesBattle without a win
2 comments
Information
Dear reader, to leave comments on the publication, you must to register.