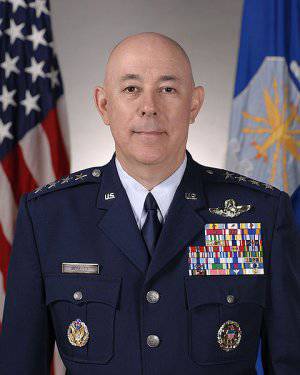 Former US Air Force Chief of Staff Michael Moseley (pictured), who left his post due to disagreements with Pentagon leadership in 2009, still believes that stopping the serial production of F-22 Raptor fighters was a catastrophic mistake that caused serious damage. US security and its allies, reports janes.com December 5.


“This decision was the most erroneous strategic decision in the last 20-25 years,” the ex-general said during his first public appearance in Washington, DC, after the resignation. In 2008, the Ministry of Defense announced a decision to stop production of the F-22 after the production of the 187 production aircraft, after which in April 2009, General Mosley left his post. Along with him, retired US Air Force Secretary Michael Wynne, who, along with Mosley, argued that it was necessary to have an 381 F-22 to maintain air superiority "over enemy territory."

December 5 Mosley stated that he did not regret that he supported the continuation of the release of fighters of this type and regretted that he had not fought "more actively." The ex-general also said that some US allies, such as Australia, Israel, Japan, and the United Kingdom, could well have acquired F-22 through the US government’s foreign military sales. In his opinion, the new multi-year contract for the production of Raptors could reduce the price of the aircraft to 85 million dollars and even lower, which would correspond to the price of the F-35A Lightning II Joint Strike Fighter.

As expected, the F-35A fighter will enter service with the US Air Force in 2018, by which time its value will drop to 85 million, which is equivalent to 75 million in 2012 prices of the year. F-35A designed as a multipurpose fighter with an emphasis for use as a strike aircraft, F-22 is designed to penetrate enemy airspace to destroy enemy fighters using powerful radar, missiles and a cannon, but the US Air Force has an F-22 capacity-building program as a strike aircraft. Moseley believes that the F-22 and F-35 could operate together in enemy airspace, as the fighters of the previous generation F-15 and F-16 do.

Moseley’s successor, General Norton Schwartz, in April 2009, in collaboration with former US Air Force Secretary Michael Donley, published an article expressing an opinion that would unite supporters and opponents of the cessation of production of F-22 and suggested a compromise number - The 243 vehicles, therefore, the fighters would fill the gap before reaching the initial operational readiness of the F-35A. However, high-level Pentagon officials, while further analyzing the issue, found that the simultaneous production of F-22 and F-35 would be too expensive and decided to close the F-22 production line.

The US Air Force faced severe pressure from then Secretary of Defense Robert Gates (Robert Gates), who questioned the usefulness of the F-22 for use in local conflicts, such as in Afghanistan and Iraq, where there was no need to use them. limited opportunities for striking rebel formations. However, some representatives of the US Air Force noted that although the F-22 is designed to gain air superiority, it is in fact a multi-purpose combat aircraft with a “road map” to increase the air-to-ground potential. 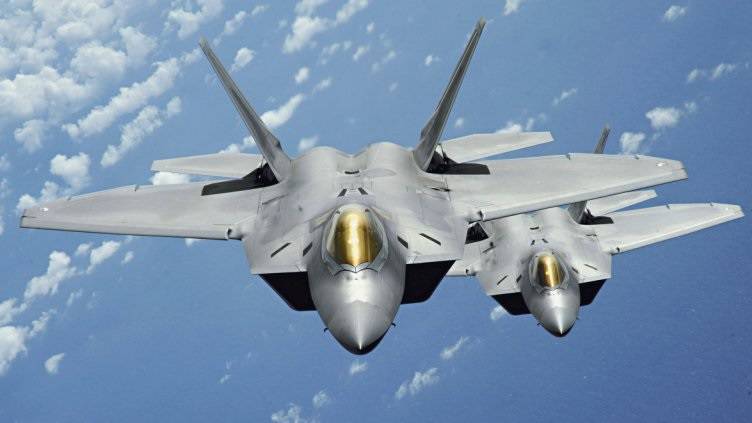 Ctrl Enter
Noticed oshЫbku Highlight text and press. Ctrl + Enter
We are
What you didn't want to know about EnglandList of destroyed the largest and most high-tech enterprises
165 comments
Information
Dear reader, to leave comments on the publication, you must to register.