Container radar: improvement of the head and plans for the construction of new

December 11 2013
44
December, 2 December, the latest radar station 29B6 "Container" has put in on test combat duty. This station is designed to detect and determine the coordinates of various air targets at a distance of more than 3000 kilometers. According to the plans of the Ministry of Defense, over the coming years, more than a dozen Container radars will be built in different parts of the country, which will allow us to observe the airspace around Russia in a wide range of distances and altitudes. 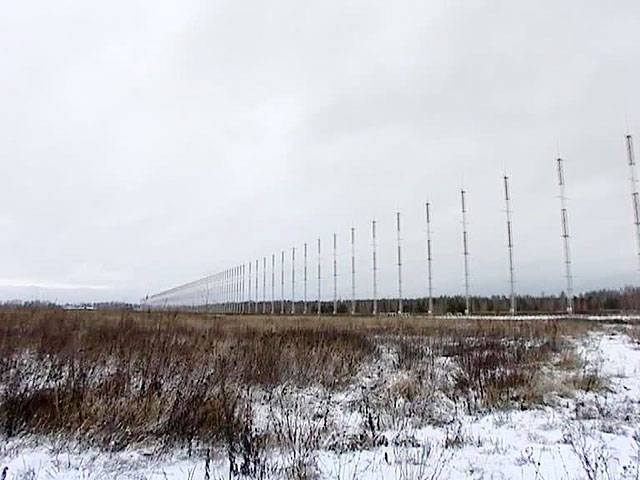 The main station "Container", built near the town of Kovylkino (Mordovia), will carry out combat duty in the coming months. This is due to the fact that the latest electronics should be tested and, if the need arises, be refined. Only after some time has elapsed, the station will begin combat duty in normal mode. Exact information about the timing of setting the 29B6 “Container” radar for combat duty is not available.

A week after the start of the experimental combat duty of the new station, December 9, the Minister of Defense of Russia S. Shoigu demanded with all responsibility to treat the work to improve it. He instructed the responsible persons to complete the equipping of the new “Container” station with all the necessary equipment in exact accordance with the existing schedules. According to the minister, a new type of radar can significantly expand the horizons of control and monitoring in the western direction. This is the main reason for meeting the deadlines.

The construction and improvement of the 29B6 “Container” over-the-horizon radar detection station is an important project that can have a major impact on the country's defense capability. The priority of construction is due to the high performance of the new stations. First of all, this is the range and height of detection. According to reports, the radar "Container" can find targets at a distance of more than 3000 kilometers and at an altitude of 100 km. At the same time, the station is able to accurately determine the coordinates of the detected object. In addition, the radar has a viewing sector width 180 °, which accordingly affects the size of the zone, which it can control.

The construction of new radar over-the-horizon detection will be relatively simple and fast. All units of the Container station are made in the form of quickly installed modules and, according to some sources, do not require the construction of any complex structures. Thus, for the installation of the new station, it will be necessary to clear and prepare the site, as well as to place all the necessary blocks, connect them together and tune them. All these procedures will be less time consuming compared to the construction of similar-purpose radars for older models. 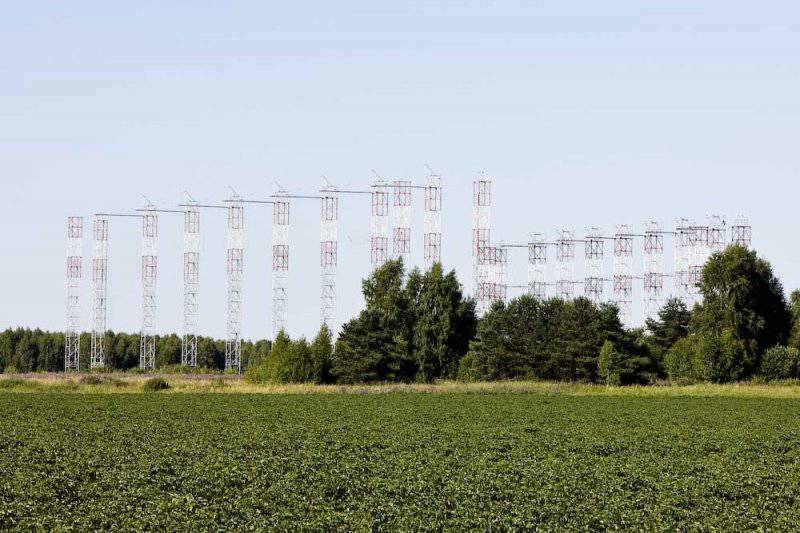 The complex built in Mordovia consists of a large number of towers with antennas placed on them, as well as several modules with signal processing equipment. It should be noted that only the receiving complex is located near the town of Kovylkino. The 29B6 radar transmitter is located more than 300 kilometers from it, in the Nizhny Novgorod region, not far from the city of Gorodets.

According to some reports, Container Station uses short radio waves, which are most effective in over-the-horizon radar. The signal with a frequency of 3-30 MHz allows to achieve high accuracy in determining the coordinates of the detected object, as well as to reduce losses in reflection from the ionosphere. The work of over-the-horizon radar detection involves the use of a radio signal reflected from the ionosphere. Station emitter sends a signal up, at some angle to the horizon. Reflecting from the upper atmosphere, the signal returns to the ground and hits any objects, including enemy aircraft or missiles. The signal reflected from the object is returned to the ionosphere, and then falls on the receiving radar antennas.

The main task in the development of such systems is to create algorithms for processing the received signal, allowing it to isolate the necessary part of it, because an extremely weak signal is returned to receiving antennas, which can also be distorted by various disturbances in the ionosphere or the operation of electronic warfare agents. It is worth noting that this is why the Duga radar, built several decades ago, could not locate the detected object with high accuracy. 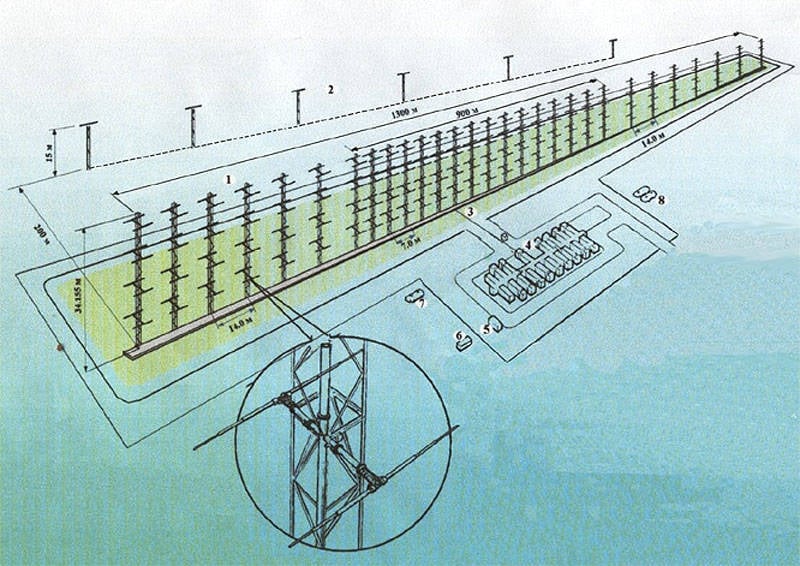 The development of old projects and the application of new technologies allowed us to improve the processing algorithms for the received signal. The result was a significant increase in the accuracy of determining the coordinates of the detected object. Accurate information about similar characteristics of the 29B6 “Container” radar has not yet been announced - only superiority to previous systems of a similar purpose is mentioned.

The main container radar "Container", which took up experimental combat duty in early December, will monitor the western regions of the country and the near abroad. Recently, preparations for the construction of the first serial “Container” station began in the Far East. In the future, it is planned to build several more radars of the new model, which will increase the "field of view" of the aerospace defense forces and thereby increase their potential.

Ctrl Enter
Noticed oshЫbku Highlight text and press. Ctrl + Enter
We are
For the first time in the Armed Forces of the East Kazakhstan Region, she took up the test-combat duty of the radar over-the-horizon detection "Container"Universal anti-aircraft missile system C-300В
44 comments
Information
Dear reader, to leave comments on the publication, you must to register.