What does Goltz praise Serdyukov for? 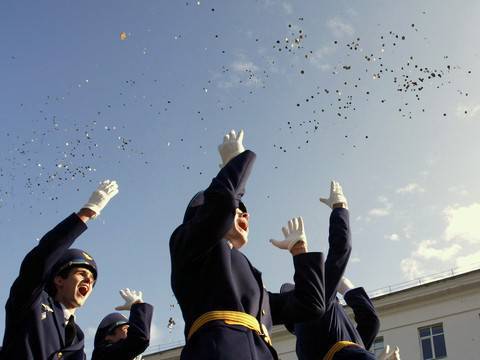 Well-known specialist in the field of military aviation Georgy Shibanov in his article answers A. Golts, who expressed regret over the appointment of A. Serdyukov to an unimportant post.


The magazine Ogonyok No. 471 from 2 in December 2013 published an extensive article by A. Goltz under the rubric “Military Education Returns to the Past” with the intriguing title “Reform, around!”. In it, the author, in passing, expresses his sympathy to A. Serdyukov regarding his appointment as “the director of a microscopic scientific research institute intended for testing agricultural machinery”. Of course, according to his previous specialization, it would be logical to employ him in a large furniture business or, given his successful experience of creating and managing Oboronservis OJSC for selling the assets of the Russian Ministry of Defense, to create a new so-called state corporation for him and E. Vasiliev Russia. But for some reason, the country's leadership underestimated the organizational talent of A. Serdyukov and his appointees E. Vasiliev and S. Hursevich.

Mr. A. Goltz very much liked the reform of A. Serdyukov and one of his favorites, E. Priezzheva, regarding the breakdown of the military education system, first of all, with its cardinality and wide scope. In accordance with this reform, the number of higher military educational institutions was reduced in one fell swoop from 68 to 18 plus 15 branches. At the same time, they are geographically located from the main institutes of higher education at a distance of thousands of kilometers and are in no way connected with each other in the curriculum. Mr. A. Goltz was very impressed by the fact that this reform potentially allowed a significant increase in the number of privates (soldiers and sailors) per officer.

He unequivocally asserts that “officers are needed to command someone,” and if to proceed only from this, then there should be as many lieutenants as there are platoons for 30-50 soldiers in each platoon, captains - how many companies, majors and lieutenant colonels - how many battalions, etc. However, Mr. A. Golts generally agrees with the statements of the Supreme Commander that "the armed struggle will take on an intellectual character." But at the same time, he does not think that such a struggle can be effective if it is conducted not mainly by ordinary soldiers and sailors, but by highly educated officers using robotic combat systems and such equipment that only a well-theoretically trained officer can master. 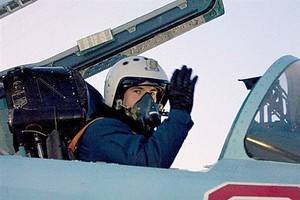 At the same time, the methodological issues of combat use must be constantly improved; the appearance weapons of the future, develop tactical and technical tasks and requirements for the development of intelligent weapon systems, solve problematic issues of its operation and maintenance in combat readiness, accompany the design processes of combat systems in the design bureau and monitor the quality of their manufacture at the defense enterprises of the country, conduct state tests of new weapon systems, scientifically substantiate ways to dispose of weapons that have spent their resources and contain highly toxic elements, etc. etc.

All these problematic issues can be solved only in the relevant research and test organizations of the Ministry of Defense of the Russian Federation and other security agencies. Their positive decision is unthinkable without personnel officers with the highest theoretical training and experience in the military, and these are captains, majors, lieutenant colonels and colonels, the number of which, if they so desire, cannot be strictly linked to the number of soldiers and sailors.

It seems that all this was not taken into account during the implementation of the “Serdyukov reforms” and led to the 4 year of their holding to such negative consequences, which now take years to correct. I will touch only one type of the Armed Forces of the Russian Federation that is closest to me - the Air Force. 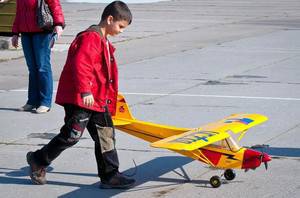 Thanks to the reform in the field of military education, conducted under the leadership of A. Serdyukov, one of the representatives of his “harem” E. Priezzheva, now we have to think about the fact that the shortage of experienced pilots in domestic airlines is compensated by hiring pilots of foreign firms. Prior to this reform, the lack of flight personnel in civil aviation could be compensated for by leaving experienced pilots and navigators to the reserve, who graduated from higher military schools and gained rich practical skills in service in combat units of the Air Force and other law enforcement agencies.

During the years of the “Serdyukov reforms”, a number of the oldest flight schools were liquidated, the rest were turned into branches and turned into branches. The Higher Aviation Engineering Schools located in Irkutsk and Tambov, all aviation technical schools, were disbanded. A. Serdyukov and E. Priezezhevoy raised their hands even to the main forge of military aviation engineers - the Air Force Engineering Academy. NOT. Zhukovsky. It was first converted into the Military Aviation Technical University, then returned to it the status of the Academy, reducing the period of training from 5,5 to 4 years, and then combining this academy with the Air Force Academy. Yu.A. Gagarin and, having crushed the entire educational and scientific laboratory base that had been created for decades, relocated the resulting conglomerate to Voronezh. At the same time, more than 90% of all professors, doctors of science remained in Moscow and Monino. All the department heads at the age of 40-45 years who had impeccable health and military rank of colonel resigned. 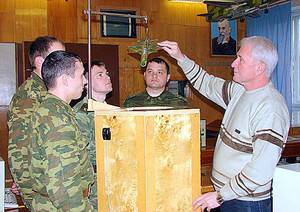 The doubt expressed by Mr. A. Goltz that the remaining 33 military schools scattered throughout Russia will not be able to provide a high level of education does not stand up to scrutiny. In particular, the higher military aviation engineering schools that were disbanded by A. Serdyukov and E. Priezhezhevoy, located in Irkutsk and Tambov, trained engineers who in practice showed their identity to those engineers who graduated from the VIAI them. N.E. Zhukovsky.

This is evidenced by the fact that more than 50% of officers in the Air Force research and test organizations of the Air Force are graduates of these schools. At the same time, more than 30% of them have advanced degrees, at least, a candidate of technical sciences. Unfortunately, many of them, after 20, have been running into industry for years, and there is no one to replace them. Therefore, not from the good life of the war department entered the State Duma with the proposal to extend the life of officers for five years. This is not what the officers themselves are asking for, as Mr. Golts claims, but the command concerned that the higher military educational institutions, research and test organizations of the Russian Defense Ministry have been drained of blood by the Serdyuk reforms that you praise. 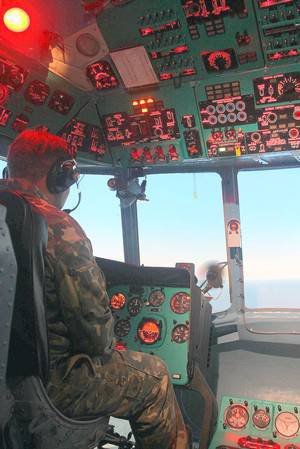 The so-called "peripheral" universities (in the terminology of A. Golts), which are proposed by the Minister of Defense, Army General S.K. To transfer Shoigu from the category of branches to the category of independent military schools, were and are the only ones in the country for the specific training of officers. For example, Syzran Higher School of Pilots trained and trained helicopter pilots mainly for army aviation, Balashovskoe - pilots for military transport and bomber aviation, Stavropol pilots and navigators for fighter aviation of air defense, etc.

All created under the reform of A. Serdyukov and E. Priezzhevoy “10 of large scientific and educational centers” are artificial formations, in which they tried to combine already with a hedgehog, which resulted in barbed wire enveloping the entire system of military education and science.

It is time to restore the country's military education system, which has not yet been completely destroyed, and in striving for this we can only welcome the adopted by Russian President V.V. Putin and Minister of Defense of the Russian Federation, Army General S.К. Shoigu decisions that were announced at a meeting on the development of military education in the Ryazan Higher Airborne Command School.

Ctrl Enter
Noticed oshЫbku Highlight text and press. Ctrl + Enter
We are
List of destroyed the largest and most high-tech enterprisesGullible Serdyukov has nothing to do with it
78 comments
Information
Dear reader, to leave comments on the publication, you must to register.