Tu-334: the underborn and people overboard 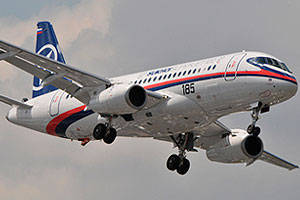 The plane crash in Kazan brought to the information agenda the situation in the aircraft industry of Russia. The outdated fleet of aircraft, a significant number of which are of foreign origin, again made relevant the issue of own production of aircraft.


A number of test pilots, including one Hero of the Soviet Union and six Heroes of Russia sent a letter to Vladimir Putin. In this letter, they point out to the president that a plane crash could have been avoided if in Russia 10 years ago had been established the production of domestic Tu-334 airliners. At the same time, the authors of the letter lay the blame for the fact that this aircraft was not introduced into the series at the head of the United Aircraft Building Corporation Mikhail Pogosyan: “His efforts criminally disrupted the production of the near-medium-range Tu-334 aircraft,” the signatories indicate.

I must say that this is not the first attempt to raise the debate about the fate of the Tu-334. One of the reasons earlier was the statements of Deputy Prime Minister Dmitry Rogozin in the summer at a meeting in the government on civil and military aircraft industry, where he complained about the dominance of foreign-made vessels.

At the same time, the aviation industry experts believe that the Tu-334, lost the Superjet-100 competition for quite objective reasons, and all attempts to blame the failure of the UAC project Tu-334 for the UAC leadership are nothing like shifting from a sore head to a healthy one . Tu-334 in 2004 lost the Aeroflot tender to the Superjet, and the lack of orders for the plane caused the series to not enter the series, and all attempts to reanimate the project more than 20-year-old would not lead to anything, since outdated and morally and physically.

Work on the Tu-334 began in the year 1986. The first production cars were to be released in 1993 year in Taganrog on the ASTC. Beriev - developer and manufacturer of hydroplanes.

The deadlines were thwarted: the beginning of 90's is not the best time for such large-scale projects, at least due to lack of funding. However, in July 1992 of the year a resolution of the Government of the Russian Federation signed by Yegor Gaidar was issued - to allocate money and ensure the serial production of the Tu-334 from 1994 of the year in Taganrog. But the prototype aircraft took off for the first time only in the 1999 year, and the Tupolevites produced it at their pilot plant. In the 1999, the MiG (military industrial complex “MAPO”) came up with a “sukhovets” Nikolai Nikitin with the idea to complement the production line of MiG-29 fighters with the passenger Tu-334. A sort of symbiosis of "Mikoyan" with "Tupolev" with a taste of "Sukhoi". From the Taganrog, the Tu-334 fuselage, which was once made in Moscow at a pilot plant, was brought back to Moscow to the Migov plant. Due to the long stay in the sea air corrosion has gone. But the fuselage was patched and sent to Lukhovitsy, to the MiG production base. Earlier, the Aviant plant in Kiev attracted the series. The factory documentation was handed over to him by the “Tupolevs”, which MiG then bought out.

At the end of 2003, Prime Minister Kasyanov removed Nikitin for disruption of the serial production schedule. Tu-334 was transferred to Kazan at KAPO. In 2003 the aircraft received the first Type Certificate, and in 2004 the second with the expansion of the Data Card. However, this did not mean that the liner was intended to carry passengers: it was necessary to build (complete) at least one prototype aircraft in a typical design and fly the certification test program, at least 72 flights. At that time, the Administration of the President of Russia had an idea to purchase 6 Tu-334 aircraft, but it was not in production, it had a unique type certificate and had no experience of commercial operation for more than two years. Therefore, in order to load capacities aviation The factories made a decision, vital for aircraft manufacturers, to purchase two Il-96, Tu-204-300 and An-148 aircraft each.

In difficult conditions, the need to restructure the plants and search for investments in the KLA in 2008 considered the possibility of producing the Tu-334, and in Kazan even the business plan of the project was developed. In addition, the possibility of localizing the production of Ukrainian D436 engines at the Moscow Salyut was considered. At the same time, the volume of necessary investments in the project was significant, and there was no pronounced interest on the part of the airlines and leasing companies in the aircraft. So the glider of the Tu-334 in Kazan hovered, and the plane was still not born. At the same difficult time for JSC Tupolev, it was UAC that insisted on the redistribution of funds within the framework of the Federal Target Program of Civil Aviation, thanks to which the Tu-204CM project was launched. At a difficult time for itself, “Tupolev” not only withstood, but also began to develop. Tu-214 has become the base platform for special complexes, a project of a promising range of long-range aviation.

It is not even clear to an expert that starting to produce an aircraft, the first production samples of which were to appear in the 1993 year, that is, 20 years ago, to put it mildly, is impractical. Critics of the Superjet say why it was necessary to make a new plane when the Tu-334 was certified. Yes, December 30 2003, the Tu-334-100 aircraft received a type certificate. But the certificate is temporary. In this case, this means that only demonstration flights are possible on it, and ferry flights are possible only outside the routes of civil aviation.

December 31 at the hotel Aviastar gathered about this press conference. Deputy Prime Minister for Industrial Policy Boris Aleshin proudly waved his certificate on it, although he did not forget to say that he was temporary. The general director of Aeroflot Valery Okulov said a couple of paragraphs on duty. The position obliged: Tu-334 was on the list of bidders announced by Aeroflot.

But already then Aeroflot had doubts. Take at least a three-member crew. All “foreign cars” have only two pilots for a long time and this is not only cost optimization, it is a different philosophy of the organization of all air transportation processes. There was a question regarding the engine, the resource was too small at that time - the total 4 000 hours, the specificity of the guarantees and operation. The national carrier had a lot of questions. Tu-334 too late at the start. This is a plane from the Soviet past and, probably, would be good for it, but it’s already a different time outside. Aeroflot had something to compare with. He already flew A319 / A320. Aeroflot also refused An-148. I stopped at the “Superjet”, which had not yet flown, but already at the development stage, like a sponge, it absorbed the experience and achievements of the foreign aircraft industry that was rapidly changing after the 2001 events and guaranteed compliance with international requirements and not only technical ones. And not deceived.

Critics have reproached the use of Western components, they say, support the western aviation industry. And what was left to do if domestic enterprises could not give a series of components? Enterprises can be understood: it was necessary to survive, but what should aircraft factories and consumers do with an unpredictable "price escalation" for components and supply irregularities.

Now another fact becomes interesting - the level of reliability of the SSJ-100 aircraft for all functional groups, even in the first year of its operation, is in no way inferior to the level of modern foreign aircraft. Hence, the fundamental and design decisions on the used components were correct.

Ctrl Enter
Noticed oshЫbku Highlight text and press. Ctrl + Enter
We are
About Stalin and KhrushchevWhat you didn't want to know about England
124 comments
Information
Dear reader, to leave comments on the publication, you must to register.