The strategy of the national security of the Russian Federation up to 2020 of the year was approved and put into effect by the Decree of the President of the Russian Federation of 12 of May 2009. The document was discussed violently. Experts pointed to his serious shortcomings, in total, many far from flatter opinions were heard about him. However, it entered into force. More than four years have passed. Why, all this time, the leaders responsible for the national security of the country, justifying one or another, sometimes very controversial steps in this direction, did not rely on the provisions of the adopted Strategy?

Since 2009, quite significant events in the field of ensuring national security have taken place in the Russian Federation (it suffices to mention at least the “Serdyuk reform” of the Armed Forces). At the same time, few people recalled the main document defining the development of all subsystems of the state relating to ensuring national security. In order to understand this phenomenon, it is necessary to determine whether the National Security Strategy of the Russian Federation before 2020 (Strategy) fully complies with the requirements for such documents.

From this point of view, probably, the National Security Strategy of the Russian Federation should be analyzed.

First of all, the Strategy lacks a clear definition of the system of threats to the national security of the country and their sources. In the role of threats here are the problems of state development in various fields. 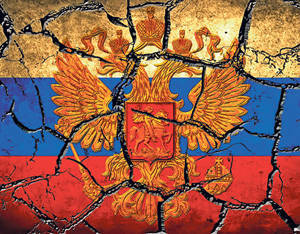 The results of the implementation of any of the threats, as a rule, manifest themselves in various spheres of society. Therefore, it is fundamentally wrong to base the classification of a system of threats on the spheres of public life, as was done in the Strategy. All the more wrong to put in the role of threats to the problems of social development.

When building mechanisms for neutralizing threats, it is necessary to distinguish the fundamental triad: the source of the threat — the threat — is the result of its realization. Unfortunately, this is not observed in the National Security Strategy of the Russian Federation before 2020. In it are mixed in one pile and national security, and the livelihoods of society and the state.

Virtually nowhere (with the rarest exception) the Strategy does not identify sources of threats, at least at the level of a set of criteria by which they can be identified.

Why this is not done is not entirely clear. This is probably due to the fact that among the most dangerous sources of threats to national security, Russia would have to name some very influential structures and figures both in politics and in our economy.

There are many examples of this on the pages of the Strategy. Sometimes the proposed measures look ridiculous.

Thus, in the section “Improving the quality of life of Russian citizens”, it is proposed to create conditions for combating threats to national security to maintain healthy lifestyles, stimulate fertility and reduce mortality. This is the responsibility of the national security forces. How they should do this, especially in terms of increasing fertility, is not clear. Unless to use the mobile brigades consisting of strong contract soldiers.

It is also proposed to improve the “system of protection against unemployment”, to create “conditions for involving people with disabilities in the workplace”. How can the Armed Forces, the Ministry of Internal Affairs and the FSB do this?

The responsibilities of the national security forces according to the Strategy include the improvement of public-private partnerships, as well as the preservation of cultural and spiritual heritage and even the availability of information technologies. Which organization from the national security system is responsible for this is not specified in the Strategy. Probably FSB. True, it is not quite clear how she will do it.

In the “Economic Growth” section, the national security forces are given the overall task of supporting state socio-economic policies. But they must fend off and neutralize threats, and in no way participate in economic activity or its support. This is a function of completely different state, public and commercial structures.

Among the most important measures to ensure national security in the field of culture, we find "recognition of the primary role of culture for the revival and preservation of cultural and moral values." I would like to know who objects to this and what prevents you from immediately recognizing it at the highest level?

At the same time, practically nowhere are indicated measures aimed precisely at preventing threats to national security by influencing the sources of these threats or eliminating the conditions for their realization.

Thus, in the paragraph “National Defense” it is stated that the strategic goals in this area are to prevent wars and conflicts, as well as to implement strategic deterrence. The purpose of repelling the outbreak of military aggression, if it could not be prevented or contained, was not included.

In the paragraph “Economic growth”, the goal of national security indicates Russia's entry into the list of the five leading countries. Such a situation may be included in the Concept or Strategy of economic development, but not in any way into the National Security Strategy.

The strategic goals of the actions of the national security forces in the field of science, technology and education, such as developing state scientific and technological organizations or increasing social mobility, the level of general and professional education of the population, cannot be considered correct. This applies to other areas of government and society.

Based on this, only three main areas can be distinguished in national security. In terms of the terms adopted in the Strategy, this is national defense, state and public security.

The key definitions given in the first section of the Strategy “General Provisions” are also incorrect.

Thus, national security is designated as a state of protection of an individual, society and the state from internal and external threats, which allows to ensure constitutional rights, freedoms, decent quality and standard of living of citizens, sovereignty, territorial integrity and sustainable development of the Russian Federation, defense and security of the state. Such a definition cannot be considered correct for the reason that as a goal (state of protection) it also includes an instrument to achieve it - state defense.

The definition of the concept “means of ensuring national security” also looks strange. They are reduced only to technical, software and other means, telecommunication channels used to collect, form, process, transmit or receive information about the state of national security and measures to strengthen it.

According to this definition, the whole variety of means through which national security measures are directly implemented, in addition to collecting information about the situation, are not included in this concept. In particular, the entire armament system of our Armed Forces does not apply to the means of ensuring national security. Then what does it refer to?

The Strategy defines that strategic deterrence is carried out using the state’s economic capabilities, including resource support for national security forces, by developing the system of military-patriotic education of citizens of the Russian Federation, the military infrastructure and the management system of the state’s military organization. It is clear that the above set of strategic deterrence measures are far from complete. Moreover, it does not contain his main tools at all, and the development of the system of military-patriotic education in general does not belong to strategic deterrence.

At the same time, the most important strategic deterrence measures, such as, for example, maintaining the strategic nuclear forces and the general-purpose forces of our Armed Forces in their combat-capable state, are absent in this definition. There was no place in it and information methods of influence on competitors. Meanwhile, today it is one of the most effective tools of hidden aggression capable of causing the hardest damage to our state.

It should also be noted that in the Strategy the development of various documents is submitted as one of the measures for solving the tasks of national security. In particular, by developing a system of fundamental policy documents, it is planned to implement a long-term state policy in the field of national defense.

Even the highest-quality preparation of documents will not lead to the progressive development of the state’s military organization, in particular, the Armed Forces. Practical measures are needed. Documents are just a tool for organizing them, nothing more.

There are many such incidents in the text of the National Security Strategy of the Russian Federation before 2020. It is impossible to consider everything within the framework of the article, and it is not necessary

The Strategy essentially lacks any acceptable set of measures to ensure national security. It does not contain the intention to achieve certain goals, the main stages of its implementation and the priorities and principles underlying it. There is no here a complete assessment of the current state of the national security system, as well as its desired appearance, which should be achieved by the end of the Strategy’s term. But without this, it is impossible to formulate and define a set of interrelated measures to develop this system and, accordingly, the main stages and priorities of its construction and improvement.

In its current form, the National Security Strategy of the Russian Federation can in no way be used as a guide for the practical activities of government bodies. It actually does not determine anything. Therefore, probably, its role in ensuring the national security of Russia and the development of state institutions for its support, in particular the military organization, does not manifest in any way.

Virtually the entire text of the Strategy needs radical revision. Completely necessary to change its structure. Thus, it is simply not meaningful to recycle this crucial document - it is necessary to fully develop anew.

Today they say a lot that we need professionals in the management system. Very correct formulation of the question. The text of the National Security Strategy of the Russian Federation before 2020 of the year is a confirmation that its developers are clearly not professionals in the field of national security.

Ctrl Enter
Noticed oshЫbku Highlight text and press. Ctrl + Enter
We are
Military reform as an integral part of the security concept of the Russian Federation: Systematic dynamic assessment
79 comments
Information
Dear reader, to leave comments on the publication, you must to register.