WKO: and again at the fork

December 12 2013
8
Today, the status of command of the armed forces does not correspond to the level, scope and importance of the tasks of the aerospace defense of Russia


“Military Industrial Courier” continues to publish materials on the problems of the construction of aerospace defense (WKO) of Russia. In the issue of 47, in the article “Zigzags in the Implementation of the EKO Concept”, Kirill Makarov, Doctor of Military Sciences, and Sergey Yagolnikov, Doctor of Technical Sciences, analyzed the existing experience and prospects for the development of this kind of troops. "MIC" is now offering to the attention of readers an article on the rational separation and combination of the operational and administrative functions of directing the strategic actions of the Armed Forces to ensure military security and defense against aerospace attack.

Many military experts and scientists quite rightly point out that one of the fundamental problems of the military security of the Russian Federation and its allies in the aerospace sphere is still that the events held, to put it mildly, do not quite correspond to the content and objective necessity given the development prospects and aerospace weapons confrontation worldwide.

This is largely due to the fact that in our country almost until the end of the 2000s, many of the leaders, organizers and implementers of the military reform carried out at that time, including representatives of the military space forces, actively opposed the concept of "EKO". 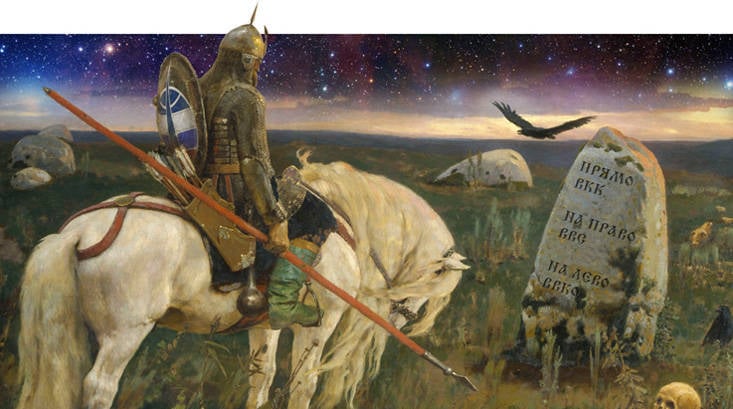 At first glance, the truth triumphed, the term "EKO" received official recognition today. However, after careful consideration it turns out that, at the same time, the understanding and interpretation of the concept still remain ambiguous. Unfortunately, it is perceived differently even by those on whom the organization of the aerospace defense of the Russian Federation itself currently depends, as evidenced by numerous publications and conferences.

Historically, in our country, the Armed Forces were built and continue to be built on the basis of a species approach in such a way that the management of each type and branch of the military was exercised by the respective main command. It combines operational and administrative functions into a single unit at all hierarchical levels - from the Minister of Defense to the private.

In the perestroika 90s, civil servants began to appear in the leadership of the Russian Defense Ministry. Many military specialists and scientists in the field of defense against an aerospace attack (WCS) insisted that the organization of aerospace defense is possible, and most importantly, must be carried out simultaneously and in unified design with measures to reorganize the Armed Forces in the framework of military reform. They are convinced that the transformation is aimed at strengthening the main components of the military security of the Russian Federation, especially in the aerospace sphere.

To the surprise of many, the military reform did not begin with strengthening, but on the contrary, with the barbaric destruction of the country's unified air defense system and the Armed Forces, which then formed the basis of the East Kazakhstan region. Only now we have returned to the idea of ​​creating the aerospace defense in a single plan with the general reform of the Armed Forces and the entire military organization of the state. But we do it, I think, not in the way that military science and practice originally proposed and as required in a changed international and domestic situation.

The fact is that from the point of view of military science, the aerospace defense of Russia is a category of theory and practice of military art and military construction. It defines the process of joint activities of all components of a military organization aimed at accomplishing military-strategic tasks in the interests of solving the most important military-political problems of state importance.

This refers to the specific problems associated with ensuring the military, state and public security of the Russian Federation and its allies in the aerospace sphere and deterring from unleashing a large-scale or even world war using weapons as a mass destruction (WMD), and the usual.

According to the National Security Strategy and the Military Doctrine of the Russian Federation, the military organization includes the military and special forces of the state - the Armed Forces, other troops, military formations and special services agencies. They are designed to ensure national security, as well as the security of military-industrial complex enterprises, military authorities, and the relevant part of government agencies (see the newspaper “Military-Industrial Complex”, No. 42).

The military-strategic tasks of the country's aerospace defense are so complex that it is impossible to accomplish them with the efforts of a new type of military force created in 2011 in the year under the leadership of the East Kazakhstani Army command. Even though it combines both operational and administrative functions.

This is obvious because the Armed Forces armies as the successor to the Air Defense Forces are essentially defensive aerospace forces (from the strategic and general-purpose forces) of the RF Armed Forces, designed to detect and repel the VKN of a potential enemy.

However, it is necessary to emphasize once again that the concept of "aerospace defense" refers to a process that is broader than simply detecting and repelling an aerospace attack. This means that the status of command of the Armed Forces armies does not correspond to the level, volume and importance of the tasks of the aerospace defense of the Russian Federation.

The main ones are:

Ctrl Enter
Noticed oshЫbku Highlight text and press. Ctrl + Enter
We are
The militarization of space is inevitableA matter of national importance
8 comments
Information
Dear reader, to leave comments on the publication, you must to register.