New information on the possible purchase of ADCOM Systems UAVs

December 10 2013
11
A few days ago there were new reports about the possible purchase by the Russian Ministry of Defense of unmanned aerial vehicles being developed in the UAE. In early December, it became known that ADCOM Systems could transfer the first drones to the Russian military within the next few months. 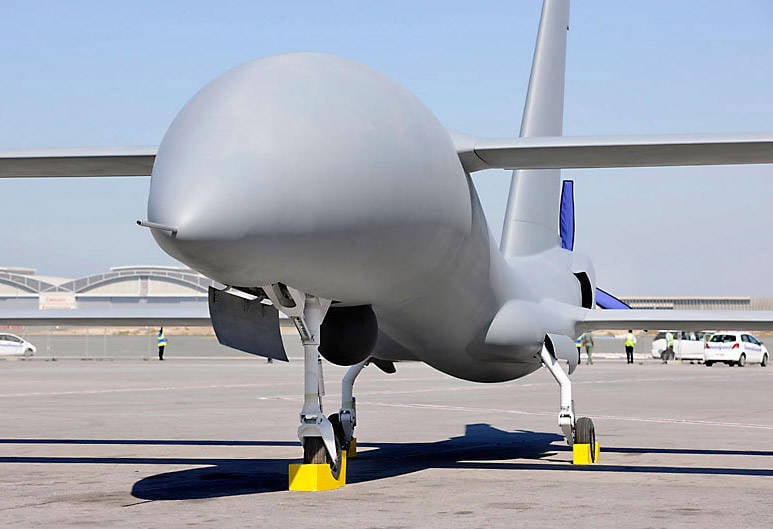 RIA News quotes the words of the head of ADCOM Systems Ali Al Jahari. According to him, representatives of the company are already negotiating with the Russian side, the purpose of which is to sign a contract for the supply of a certain number of UAVs of the Global Yabhon model. The results of the negotiations are still unknown, since this project is now at the design stage. Further prospects will be known after the prototype tests. Despite this, in the near future, Russia will receive other equipment of a similar class. In February of next year, the first copy of the United 40 UAV is supposed to be handed over to the Russian side, which will be tested and, possibly, in the future, will be the subject of another contract.

The Russian military first met ADCOM Systems drones in February this year at IDEX-2013 in Abu Dhabi. Then the United 40 UAV attracted the attention of the Russian Army Commander in Chief, Colonel-General V. Chirkin. Russian delegates familiarized themselves with the development of a company from the United Arab Emirates, after which for several months the development of the company ADCOM Systems did not appear in the news.

In the middle of July of this year, several news items appeared that reminded of UAV drones. At first, RIA Novosti, citing a source in the defense industry, claimed that the Russian Ministry of Defense had shown its interest in the United 40 UAV and intended to acquire a certain amount of such equipment. At that time, it was assumed that Russia would buy two United 40 units with a Block 5 modification. There was no official confirmation of this information.

A little later, information about the possible purchase of UAVs in the UAE was refuted. According to unnamed sources of the Interfax agency, the Russian Defense Ministry did not have plans to buy heavy UAVs in the United Arab Emirates. As in the case of the previous news, information about the lack of intention to buy a United 40 UAV has not been confirmed or refuted by officials. After a brief discussion by specialists and the public interested, news about ordering unmanned vehicles from ADCOM Systems disappeared from tapes again.

Both UAVs in question are developed by ADCOM Systems as part of the Yabhon line. It should be noted that the unit United 40 was originally called the Yabhon Smart Eye 2, but in 2011 it was renamed in honor of the 40 anniversary of the formation of the United Arab Emirates. Global Yabhon’s heavy unmanned aerial vehicle, which is currently under negotiation, is a further development of the ideas embodied in previous family models.

The UAVs offered to Russia are intended for reconnaissance and strikes against ground targets. In particular, the unit United 40 is designed in accordance with the concept of MALE (Medium Altitude Long Endurance - "Long flight at medium altitudes") and is intended for long-term loitering in a given area. It is alleged that this UAV can always be in the right zone for more than a hundred hours. Declared cruising speed - 120-200 km / h, ceiling - 8000 meters. The weight of the empty United 40 UAV does not exceed 950 kg, and the maximum take-off weight approaches the 2000 kg. The takeoff weight of the global drone Global Yabhon, according to reports, is approximately equal to 10 tons. In addition, unlike the United 40, this unit is equipped with turbojet engines and is able to patrol a given area for 40 hours. Other information about this development is missing. 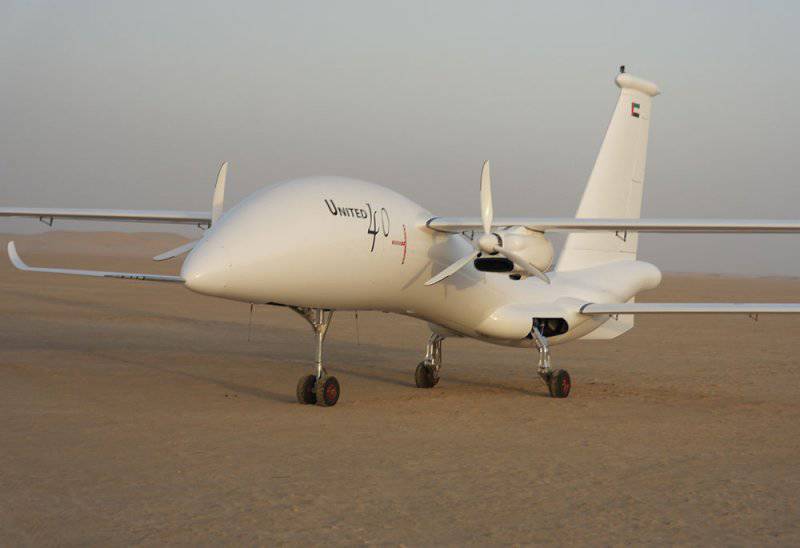 As before, the latest news on cooperation between the Russian Ministry of Defense and the company ADCOM Systems raises a lot of questions. First of all, doubts are caused by the compliance of the real characteristics of the UAV with the declared ones. The United Arab Emirates has never been a serious manufacturer of weapons and military equipment, although they are actively trying to develop the defense industry. Such doubts are aggravated by the fact that ADCOM Systems mentions a fundamental refusal to use any components of foreign production, which requires taking into account the capabilities of a number of OAE industries.

As of July of this year, when the first reports appeared on the possible supply of unmanned vehicles to the Russian Ministry of Defense, the United 40 project was at the testing stage. Information about the signed contracts with third countries was absent. Moreover, at the moment ADCOM Systems has not brought any of its projects to the stage of mass production and sales to customers. So far, all its products exist only in the form of layouts, prototypes and promotional materials.

As a result, all the available information about ADCOM Systems and its developments raises a lot of questions. This organization does not look the world's leading manufacturer of unmanned aerial vehicles, which is why the interest of the Russian military in its products, as well as the possible purchase of a certain amount of this technology, looks strange. However, currently available information does not allow to make an unambiguous conclusion about the future of projects of the Yabhon family or about the supply of such equipment to Russia.

It is alleged that the first UAV model United 40 Block 5 will be transferred to the Russian military in February next year. Perhaps by this time there will be a new information that can complement the existing picture. Therefore, now, without having enough information, it is worth waiting for further developments related to the possible purchase of UAV drones. 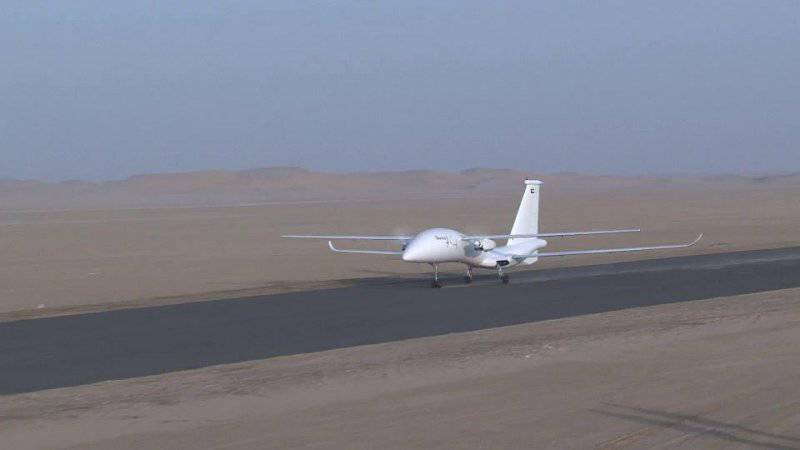 Ctrl Enter
Noticed oshЫbku Highlight text and press. Ctrl + Enter
We are
UAVs in the post-Afghan era (part 3 of 3)Supersonic ram United 40
11 comments
Information
Dear reader, to leave comments on the publication, you must to register.