December 10 2013
72
"A sensational has surfaced news: British intelligence MI-6 received the task to steal from Russia Edward Snowden and deliver it to the UK or the USA. If so, then the operation should be entrusted to James Bond himself - its format, ”says Alexander Khristenko ("Vesti"). BUT "Voice of Russia"referring to Interfax, reports: “The residency of the British intelligence MI-6 in Moscow was tasked to find a former US intelligence officer Edward Snowden, who received temporary asylum in Russia, says a Canadian globalization research center based in Montreal. “The British authorities are trying to find Snowden and, if possible, ship it to the UK or the United States,” says a Canadian NGO website, which does not provide a source of information. ” (End quote). 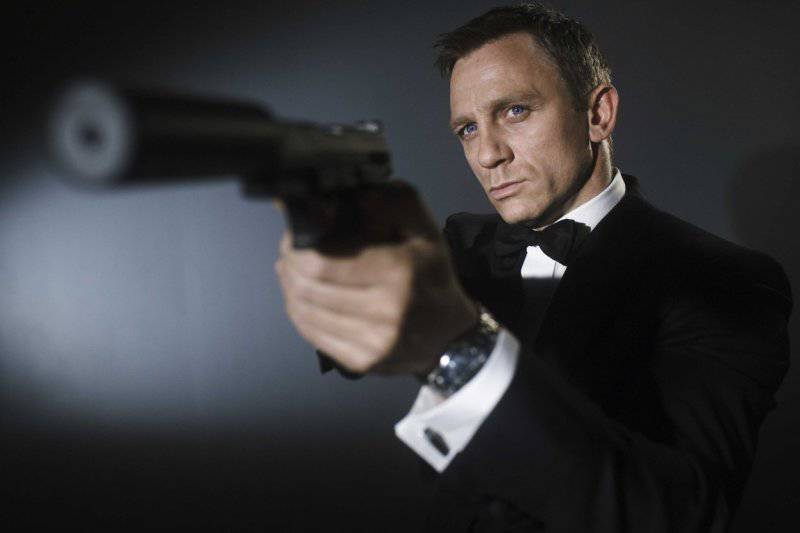 First of all, I would like to note the rush with the news feed by domestic media. "Sensational news" has surfaced in the West since November 18. In addition, Canadian "Center for the Study of Globalization" simply reprinted an article by Wayne Madsen, a journalist known for his investigations, from the English version of the Russian magazine "Fund of Strategic Culture". Moreover, on the website of the Center for the Study of Globalization Problems there is a direct link to the journal (to the main page) and the author of the material is named Wayne Madsen. Such carelessness in the media, sadly, has long been a talk of the town.

In order, in turn, not to misquote the original somehow and not accidentally turn its author into a faceless anonymus, let us turn to the original source. Restore the good name of Comrade Madsen. After all, he told the world about how British scouts gathered to steal from Moscow Edward Snowden, whom the Western public probably imagines walking around the Kremlin, accompanied by a dozen tough guys from the chop and a dozen fesbashnikov camouflaged as Eskimo merchants.

Comrade Madsen reminded the world that the government of Prime Minister David Cameron considers both Snowden and those who helped him replicate the materials about the bad NSA as “terrorists”. All the main spies are unhappy with the snowden and his accomplices in Britain: John Sawers from MI-6, Andrew Parker from MI-5 and Ian Lobben from the Center for Government Communications (CPS). All these nice people consider Snowden a great al-Qaida friend. Well, the former British Secretary of Defense Liam Fox, now a member of the Conservative Party, went even further: he directly accused those who publish leaks about the NSA and the CPS, of "terrorism".

As for Edward himself, his habitat in Moscow is highly classified. Snowden is believed to be protected in parallel by private security guards and agents of the Federal Security Service.

The author also reminds that in October, Comrade Snowden met with four other American national informants: R. McGovern, who previously worked for the CIA; K. Rowley, previously worked at the FBI; T. Drake, a former NSA official, and J. Radack, a former prosecutor of the Ministry of Justice. Where the meeting took place, is covered with darkness secrets. It is only known that these "four musketeers" arrived in the capital of Russia to award Snowden the Sam Adams Prize.

It was from this very meeting on Smolenskaya Embankment (D. 10) that they messed up. The staff of the British Embassy, ​​according to Comrade Madsen, includes officers from MI-6. And in Moscow, with the participation of intelligence officers from the CPS and the NSA, they began to form a so-called “chain of contacts” (meaning monitoring “Facebook”, “Twitter” and other social networks in order to identify E. Snowden's location). The “chain” included tracking the metadata of phone calls received from four Americans who arrived in Moscow. Their contacts in Moscow were identified, and then monitoring and wiretapping could only expand.

Under the roof of the British Embassy in Moscow, MI-6 agents are working day and night, successfully pretending to be technical staff and employees of the British Council. These singularists are constantly communicating through tricky equipment with the guys from MI-5 and DSP in Britain. They also have connections to the headquarters of the NSA in Fort Meade, Maryland, the CIA in Langley, Virginia, and the NSA monitoring station in Menvit Hill (this is already in England).

Search E. Snowden, said the journalist, is a priority operation for the embassy. But the seizure of the public informer through abduction (the term of the special services - “execution”) seems to the British much more problematic. But there is a loophole.

Russian special services, including the FSB, are paying a lot of attention to preparations for the Winter Olympics (7 starts on February 2014 of the year in Sochi). MI-6 can wait for the weakening of Snowden’s protection against the background of switching the whole country to the Games - and this is where the kidnapping can be stolen. Today there are many routes for the transit delivery of a stolen person abroad - for example, through the Baltic countries, Belarus or Ukraine.

In the meantime, Snowden, who is well acquainted with the work of the special services, is taking all measures to keep the secret of his location.

Soon he will speak before the deputies of the European Parliament. Edward agreed to answer questions about the actions of the special services. Parliamentary committee hearings are scheduled for December 18. But this does not mean that the public informer will go somewhere. Not. The European Parliament (namely, the Commission for Civil Liberties, Justice and Internal Affairs) through intermediaries will receive from Snowden video responses to the questions raised. Where these answers will be recorded and how they will be transmitted, no one yet knows. The meeting of the European Parliament will go live.

As for the United States, where they dream of arresting Snowden and putting him in prison for thirty or forty years, buses with the words “Thank you, Edward Snowden! End the state of surveillance. " As reported by the channel "RT", advertising was paid for by the non-governmental human rights organization “Civil Justice Partnership Foundation” (PCJF).

“With this action we want to say that Edward Snowden is the hero of America. They are trying to demonize him, called a traitor, a threat to national security. In fact, in our country there is another threat - it is a threat to democracy. And it does not come from Snowden, but from the White House, Congress, and the NSA, ”says Mara Verheyden-Hilliard, director of the human rights organization.

And this is what Lon Snowden, Edward's father, said: “We already went out to the congress building with the same portraits and slogans. This was a mass protest against total surveillance at the end of October 2013. Today, American society is split: Snowden’s supporters and opponents are roughly equal. The more important is active advocacy. ”

Meanwhile, Snowden’s revelations (and his publishers claim that only 1% of the received material were given out to the general public and refer to publications “selectively”) the authority of the CPS and the NSA fell, what is called, below the baseboard. The other day, Obama had to publicly justify himself and declare the upcoming reforms. It is unlikely that something will be changed in the activities of the special services (most likely, for some time they will check the candidates for employees more strictly), but, nevertheless, Comrade Snowden was able to touch the American president for living.

Speaking on the MSNBC television program, Mr. Obama said that the NSA should introduce some self-restraints in the work. Americans don't have to worry about privacy. The president is going to announce his initiatives in the coming months, when an independent report on the activities of the NSA will be analyzed. Obama has publicly acknowledged that "the revelations made by Snowden revealed some areas of legitimate concern."

In Britain, they do not talk so gently and insinuatingly with the enemies of the people. There, Snowden, Rasbridger (chief editor of the Guardian), Glenn Greenwald (Snowden's first publisher), now living in Brazil and from the Guardian, resigned, and some other comrades are directly referred to as "terrorists", as mentioned above. The campaign against these "al-Qaeda friends" who encroached on the national security of the UK is headed by Prime Minister Cameron himself. This is for him a sort of deer hunt.

Therefore, it can be assumed that among the first hunters for Snowden is MI-6, and not the NSA or the CIA. Britain, moreover, will be closer to Russia than the United States. A headache from the informant London has nothing less than Washington.

Observed and translated by Oleg Chuvakin
- especially for topwar.ru
Ctrl Enter
Noticed oshЫbku Highlight text and press. Ctrl + Enter
We are
For the "Canadian Army Prize"Results of the week. "I'm not guilty! He came himself! ”
72 comments
Information
Dear reader, to leave comments on the publication, you must to register.