December 11 2013
17
Summer xnum th. The Red Army, with heavy fighting, retreats to the foothills of the North Caucasus. The absence of mountain artillery among the troops and, conversely, the presence of a powerful base for the production of M-1942 rockets in Baku allowed the design and production of mountain rocket launchers for these shells to begin.


The idea of ​​creating the mountain installations belonged to the head of the PRM-6 mobile repair shop of the Operational Group of the Guards mortar units (hereinafter - OG GMCh) of the Black Sea Group of the North-Caucasian Front military engineer of the 3-rank Rank Alexander Fomich Alferov. Colonel A. I. Nesterenko, Commander of the OG GMC, endorsed the idea and gave to help the head of PRM-6 two technicians from the 14 Guards mortar division of seamen, X. J. Sulyaev and L. R. Rips, who developed the design of the new M 8 in the portable (on the machine) and transportable (on a two-wheeled cart) options.

The mountain-packer installation M-8 had a total weight of 68 kg and consisted of 3 basic units - a package, a farm and a carriage. Each node weighed 22 - 23 kg. The package had guides for 8 projectiles (at 4 above and below). The farm on which the package was fixed was supplied with a turning circle. The carriage was a strong support circle with a cross in the center and 4 folding legs like a spider. At the ends of the legs, there were supporting legs with holes in which metal pins were hammered for firm fastening on the ground. For aiming installation used simple mechanical devices. Vertical pickup angle was 45 °, horizontal - 360 °. A salvo launch was made in 1 – 2 with, the firing range reached 5,5 km. The installation was simple and reliable in operation, easily understood on the 3 of the pack and quickly transferred to the combat position. Plant prototypes were tested by shooting from Sochi's Riviera Park towards the sea.

The installations were reported to the commander of the forces of the North Caucasus Front, Marshal of the Soviet Union S. M. Budyonny, who at the end of August 1942 personally examined them and was present at the shooting in the Georgievskoye gorge near Tuapse. Installations made two full salvo on targets at a distance of about 1,5 km. As a result of the shooting, Budyonny immediately decided to organize the production of only mountain-pack installations in the city of Sochi and to form 12 mountain pack-pack batteries mounted on horse-thrust, as well as to equip such installations for the protection of the coast with such 4 installations.

5 September 1942, the draft design of a PC mining installation in 2 variants was sent to the command of the GMC, which was assisted by sending specialists from the General Directorate of Armament of the GMC (military engineer of the 3 rank NN Yuryshev, military engineer of the 1 rank E. A. Dobrokhotov) and designer F.I. Esakov from the SLE of the plant number XXUMX NKMV ("Compressor", Moscow).

“... 1. To organize the production of PC mountain sets and manufacture them in the month of October in the amount of 48 units, i.e., on 12 batteries.
2. To form in the month of October 12 PC mountain batteries. The making of installations and the formation of batteries should be entrusted to the Military Council of the OG GMC Black Sea Group of Forces of the Transcaucasian Front.
3. To protect the coast, install PC mountain assemblies on 4 railcars, forming a PC battery at the HMCH Operator Group.
4. To organize a permanent railway train consisting of: one passenger railcar, one truck and three covered wagons, for organizing uninterrupted power supply of ammunition for parts of the GMC group ... ”.

By the same decree:

• The head of the ABTV Directorate in the 19 Army Repair and Maintenance Battalion was to organize in October the production of 48 units of units No. 1 of a PC mining unit (package, control panel and electrical equipment);
• the head of VOSO and the head of the railway in the workshops of the depot of the city of Sochi were supposed to organize the production in October of 48 of pieces of nodes No. 2, 3 (farm, carriage);
• the head of communication had to provide the OG GMP 12-volt alkaline batteries (48 pcs.) And the appropriate number of electrical wires;
• it was ordered to assemble and calibrate installations;
• a plan for the production of mining installations was approved: in the first decade of October - 8 installations, in the second - 20, in the third - 20;
• Lieutenant Colonel M. P. Gorokhov was appointed Chief of Formation of Mining Batteries; battalion Commissar T. Popov was appointed Commissioner of the Formation.

The decision of the Military Council of the front and proposals for the organization of units were reported to the command of the GMC. The assembly of the mountain installations was launched on the territory of the Riviera sanatorium (Sochi), where the PRM-6 workshop was relocated.

October 15 1942 issued an order No. 0166 of the Commander of the OG GMC of the Black Sea Group of Forces of the Transcaucasian Front (hereinafter - CPG ZAKF) Colonel A.I. Nesterenko, explaining the combat use of new installations: “... PC mountain batteries are used to create a sudden massive fire on reliably reconnoitered targets (according to the accumulation of manpower and enemy equipment, by separate resistance nodes and communications), in places inaccessible to conventional batteries and PC divisions, making maximum use of their high maneuverability in mountainous areas ... ”.

Over the course of two months, 48 ​​M-8 mining pack packs were manufactured. At the suggestion of the command of the OG GMCH of the Black Sea Group of Front Forces for anti-landing, anti-submarine and anti-boat defense of the Sochi-Tuapse coastline, the more powerful 8-charge M-6s developed by the PRM-12 were delivered to railway railcars (8 for each of the 2 railcars) . In addition, for boats of the Black Sea fleet Four 12-charge M-8 units were manufactured.

10 December 1942, in the order to the troops of ChGV ZAKF No. XXUMX, Commander Lieutenant-General I.Ye. Petrov summed up the activity on the formation of mountain batteries. The results were as follows: the Military Council Decree was executed; by November 00130, all 23 batteries were included in the number of active parts.

From the M-8 installations made up of the Black Sea Group of Forces of the Transcaucasian Front, the following units and units of the GMC were formed:

In October, 1942 1-I (commander - Lieutenant DF Andreev) and 2-I (commander - Senior Lieutenant B. Gurevich), separate guards mining-mortar batteries were sent to the 18 army under Tuapse. The 1-th separate Guards Mining-and-Mortar Mortar Division in November 1942 was sent to the area of ​​the Bolshoy Lazarevsky Pass in the command of the commander of the 19 rifle corps. 19 January 1943 Division first opened fire on the enemy.

The 2-th separate Guards Mining-and-Mortar Mortar Division was assigned to Tuapse under the command of the commander of the 383-Infantry Division. In January, 1943 g, by order of the Commander ChGV ZAKF, eight 12-charging units of the 4-th detached separate Guards Mining-Tying Mortar Battalion were transferred to the Black Sea Fleet and installed on the KATSCH-606 boat trawler (former Sacker Mackerel). All 4 of the Katyush mountain division participated in the battle for Novorossiysk. The 3 Division (commander - captain DI Yermolchik) successfully landed on Malaya Zemlya only from the second time on the night of February 12 1943, deploying its battle formations in the area of ​​the Myskhako state farm. The 2 Division (commander - captain S. I. Zhuiko) landed on Malaya Zemlya in March, taking up positions on the eastern slope of Mount Myskhako.

At the beginning of 1943 in the SCR of Plant No. 733 NKMV by the design group A. N. Vasilyeva, on the basis of the installation developed in PRM-6, a more sophisticated 8-charging mountain-loading launcher was created. It was adopted and recommended for mass production.

In November, 1943, the commander of the 1 Division, was ordered to Captain L. E. Gnatkov to form a separate Guards Mining and Batch Battery for a special mission. This battery (commander - senior lieutenant P. P. Avdyukov) was transferred by airplanes to the Crimea, to the Zuisk forests for joint actions with partisans. The battery took an active part in the fighting in the mountainous Crimea in November - December 1943 and in January 1944, receiving a high rating from the partisan command. According to some reports, this battery completely died in the Crimea at the height of Kolan-Bair.

After the North Caucasus, the 2 and 3 divisions were redeployed to the Crimea, where they took an active part in the liberation of the peninsula. Here, for the exemplary performance of command assignments, both divisions were awarded the Order of Alexander Nevsky.

When the Red Army reached the foothills of the Carpathians, the need for the mountain-pack installations M-8 again arose. The 4 and 2 separate guards of the mountain-mortar battalions were redeployed to the 3 of the Ukrainian Front. In December, 1944 according to the drawings developed under the guidance of the assistant to the head of the PRM-62 workshop on the technical part of engineer-captain V.I. Krasnoper, using this workshop, the M-8 mining installations were mounted on Willis of the 12 division. Both divisions successfully operated as part of the 2 of the Ukrainian Front until the end of the war, deservedly received the name "Carpathian", and the 4 Division was awarded the Order of Bogdan Khmelnitsky. Guards mountain-pack mortar units were a specialized GMC family, demanded by the Great Patriotic War, and played a role in defeating the enemy. Having a new materiel, developed not at specialized design bureaus, but at the front, its organization and tactics of action, mountain pack batteries and divisions were constantly in the battle formations of infantry in the mountainous terrain, greatly enhancing its firepower, accompanied the infantry on the passes, firing from firing positions not available for most other types of artillery. 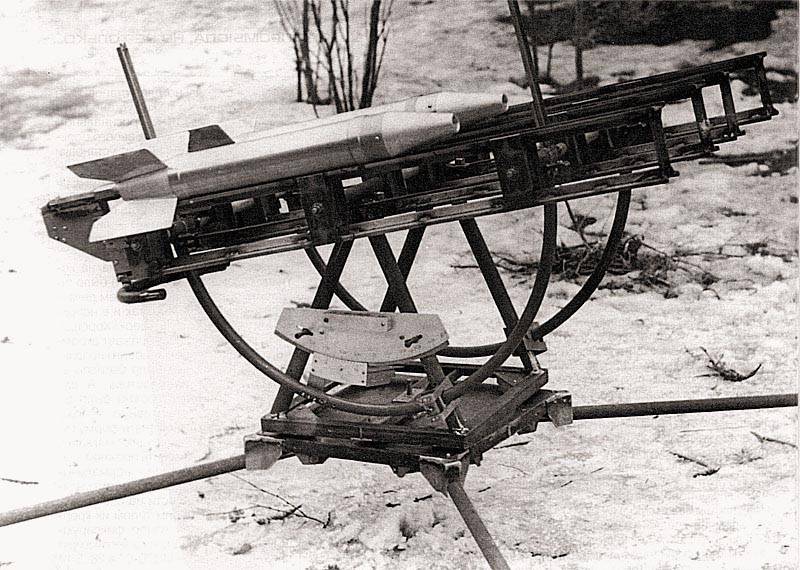 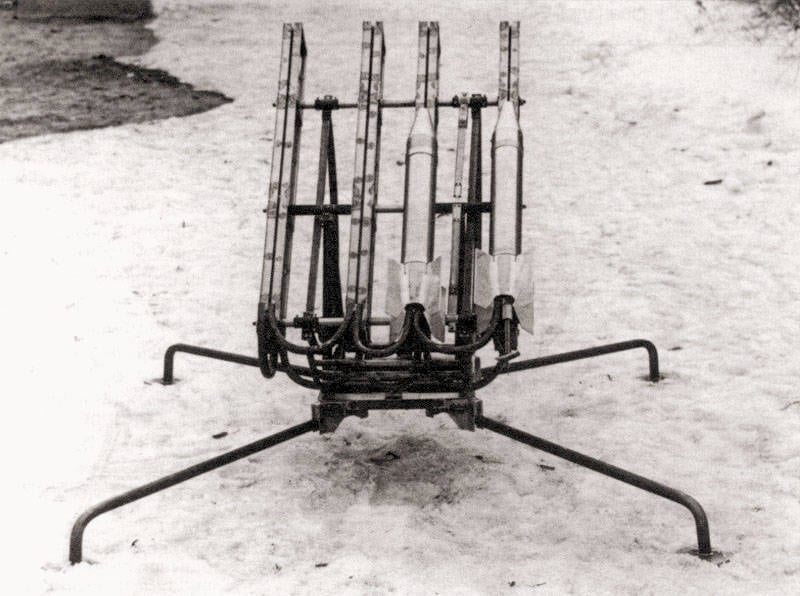 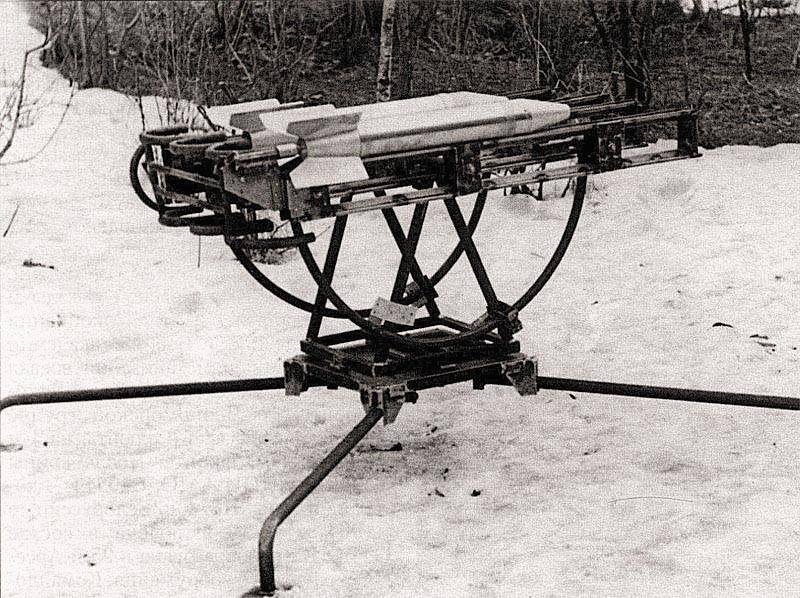 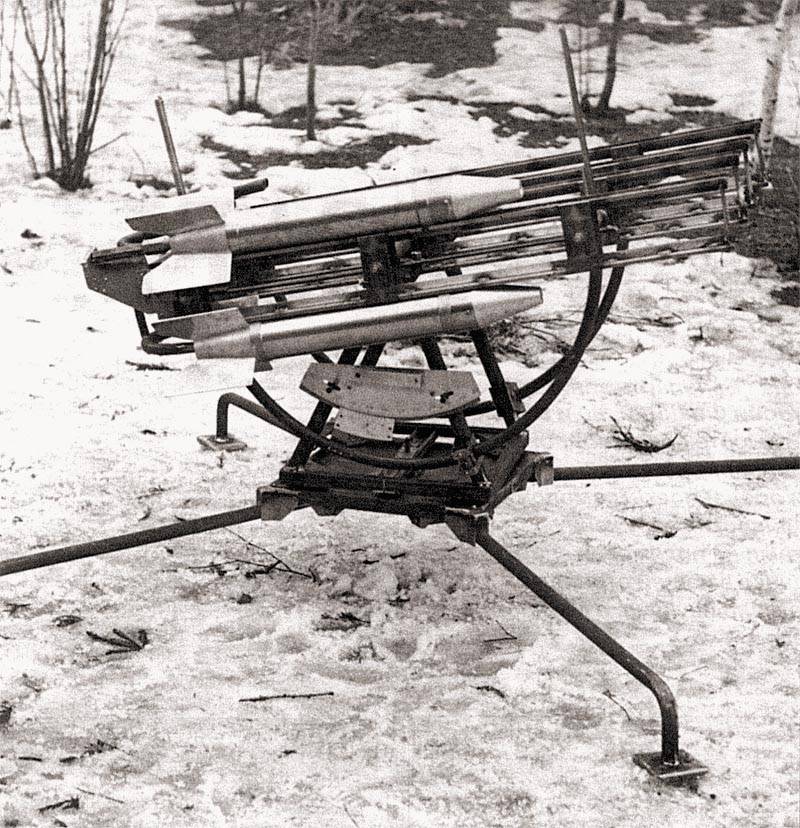 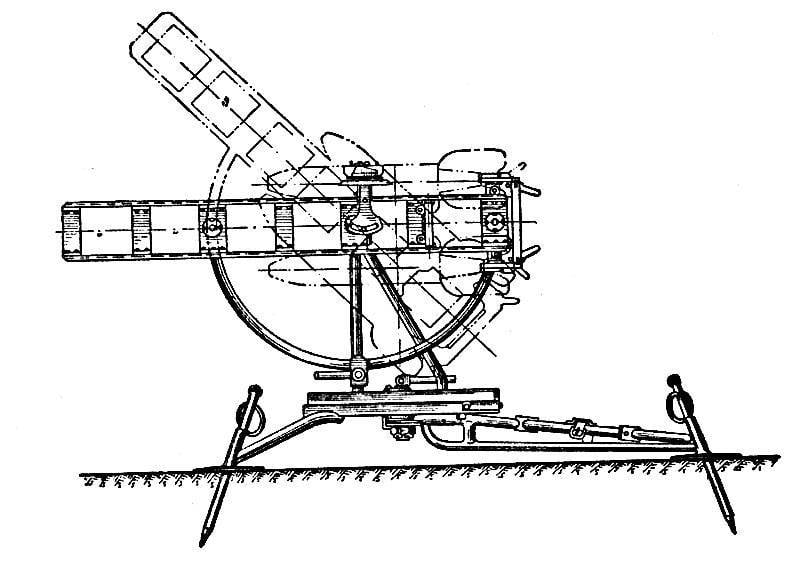 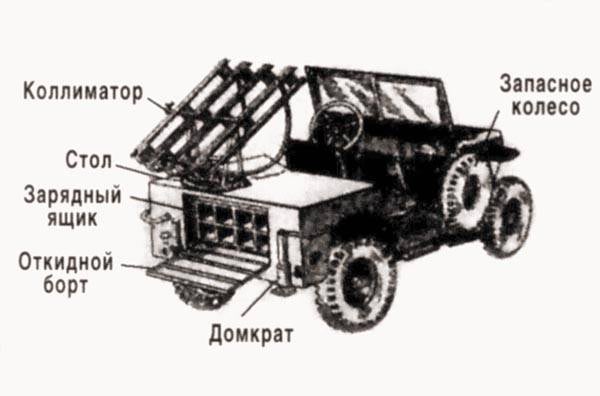 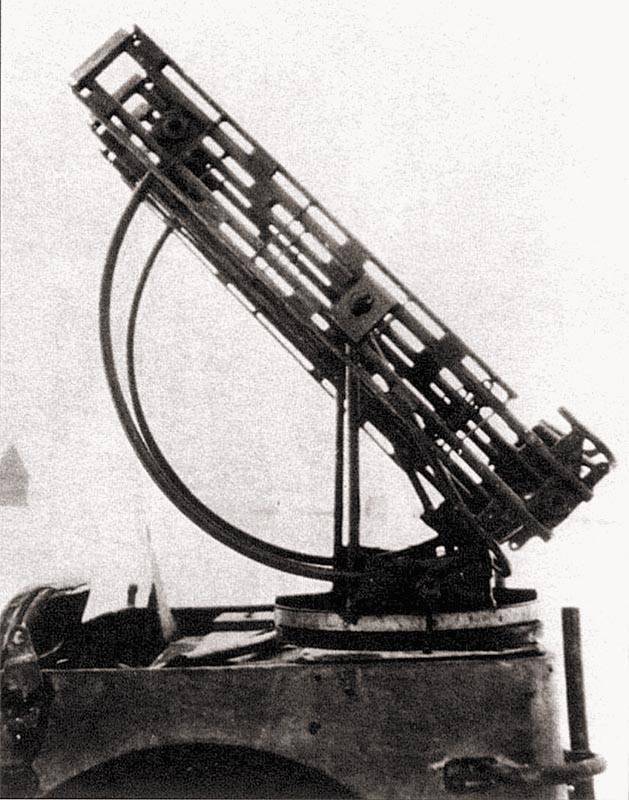 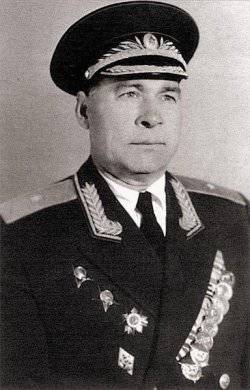 The head of the PFP-6 OG GMC Black Sea Group of Forces of the North Caucasus Front, military engineer of the 3 rank Alexander Fomich Alferov was born on September 10 1910 in Yeisk, went from a cadet of a military school to a major general. He served in the Soviet Army 38 for years, was awarded two Orders of the Red Banner, the Order of the Red Banner of Labor, the Order of the Patriotic War of the II degree, two Orders of the Red Star and 14 medals. After graduating in February 1942 of the Military Academy of Motorization and Mechanization, he fought on the Southern, North Caucasian fronts, in the Black Sea group of troops of the Transcaucasian Front, on the 1 of the Ukrainian Front. After the war, he served in the Scientific Research Institute-4 MO, since 1954 - the commander of the military unit 31874 in Belarus, in 1965, a part was included in the Strategic Missile Forces and transformed into the 25-th Arsenal of missile weapons. He commanded an arsenal until October 1969, after which he retired. During this time, a part of 15 once won the leading places among the arsenals of the Strategic Missile Forces, 8 was awarded once by the Challenge Red Banner of the Central Committee of the Trade Unions. The commander himself for success in service was awarded the Order of the Red Banner of Labor, he was awarded the high military rank of "Major General-engineer" and he was entered in the "Book of Honor of the Strategic Missile Forces". Having gone on a well-deserved rest, Aleksey Fomich continued active public work in the Minsk section of the Soviet Committee of war veterans, in the Military Scientific Society at the Officers' Club of the KBVO, in the Minsk Society "Knowledge". 5 died March 1982 in Minsk.

Ctrl Enter
Noticed oshЫbku Highlight text and press. Ctrl + Enter
We are
The development of Soviet rocket artillery in the first period of World War IIHeir "Katyusha"
17 comments
Information
Dear reader, to leave comments on the publication, you must to register.