Media: Started the pre-production of the secret American UAV RQ-180 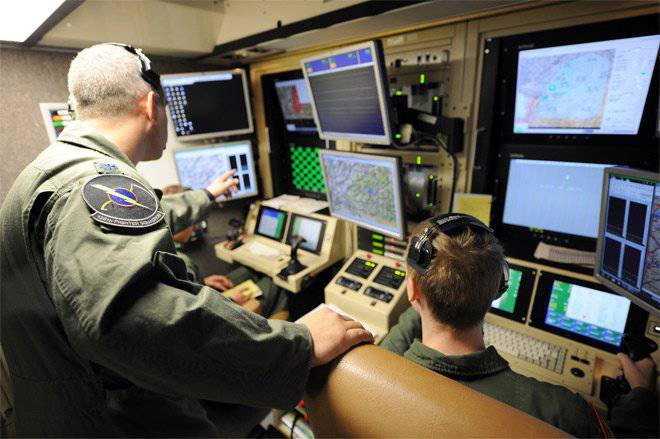 The Northtop Grumman company has reached the stage of pre-production of the inconspicuous large reconnaissance UAV RQ-180, developed by one of the “black” programs of the US Defense Ministry, media reported.

Northtop Grumman won a secret US Department of Defense contract for the RQ-180 in a tender that also involved Boeing and Lockheed Martin. The program is presumably a joint program for the US Air Force and the CIA and is operated by the Rapid Capabilities Office of the US Air Force, writes the bmpd blog with reference to Aviation Week & Space Technology.

Analysis of the financial statements of Northtop Grumman suggests that the contract for RQ-180 was obtained in 2008, when an unexplained increase in the portfolio of orders for 2 billion was indicated in the division of Integrated Systems Corporation. In the financial statements of Northrop Grumman for 2013, it was reported that the unnamed program of some aircraft entered the pre-production stage (LRIP).

Available satellite images show new shelters and hangars for aircraft with a wingspan of approximately 130 feet, built at Northrop's plant in Palmdale (California) and at the notorious Area 51 object, a closed-air test center at the US Air Force near Groom Lake (Nevada). Northtop Grumman earlier, at the end of 2010 of the year, announced a significant expansion of its production capacity in Palmdale.

The main purpose of the RQ-180 is to conduct integrated aerial reconnaissance using complex equipment, including active (with AFAR) and passive reconnaissance systems. It is reported that the UAV can also be used to maintain the EW.

In American terminology, this UAV is characterized as a system of “penetrating” (penetrating) or “permissive” (permissive - in the sense of being able to penetrate into the “forbidden” airspace) reconnaissance (Intelligence, Surveillance and Reconnaissance - ISR). RQ-180 is the heir to the participation of Northrop Grumman in the well-known program of the low-profile drone Joint Unmanned Combat Air System (J-UCAS).
As is known, this joint program of the Air Force and the US Navy at the end of 2005 fell victim to disagreements between the types of armed forces: the fleet wanted to get a suitable deckless drone as soon as possible, and the Air Force demanded a larger “global strike” reconnaissance aircraft.

The naval budget document for fiscal year 2007 showed that J-UCAS was split in December 2005 to create a demonstrator for fleet (which led to the creation of the Northrop Grumman X-47B UAV) and the "secret Air Force programs."

At the same time, Northrop Grumman openly discussed a number of configurations of the X-47C project with a larger wing, the largest of which was a wing span of 172 feet, with two engines based on General Electric CF34, capable of carrying 10 thousand pounds of combat load.

RQ-180 is smaller than this project, and it is not clear whether it will solve shock problems. It is similar in size and range to Global Hawk, which weighs 32 thousand 250 pounds and can patrol for 24 hours at a distance 1 thousand 200 nautical miles from its base. For comparison, the much smaller RQ-170 has a flight time of only five to six hours. A key feature of the RQ-180 project is a reduction in radar visibility from all angles and in a wide-range spectrum, compared with the Lockheed Martin F-117, F-22 and F-35 aircraft.

The design is optimized to provide protection against low and high frequency emitters of the enemy from all sides. The project also provides a combination of Stealth technology with excellent aerodynamic efficiency to increase altitude, range and flight duration.

The aircraft uses the Northrop stealth aerodynamic layout, called cranked-kite and also used on the X-47B, with a high “smooth” center plane and long, thin “outer” wings. Engineers at Northrop Grumman have publicly stated (even before the launch of the secret program) that the cranked-kite layout is scalable and flexible, unlike the layout of the B-2 bomber, which has a continuous leading edge of the wing.

Computational fluid dynamics allowed new stealth jets to be achieved in terms of low-visibility of the efficiency of the “flying wing” scheme, industry representatives said.

Controlling a complex three-dimensional airflow system is key to achieving laminar flow around most of the wing and designing stealth-compatible air intake systems and nozzles that are lighter and more efficient than those used on the B-2.

Maintaining a high degree of laminar flow on the swept wing is a significant achievement of aerodynamics.

Laminar flow control and stealth growth have necessitated the extensive use of new composite technologies, which seem to be based on the development of Scaled Composites, acquired by Northrop Grumman in 2007 year. Presumably, the RQ-180 uses two modified General Electric CF34 engines, which were proposed for various versions of the X-47 project. It is not excluded the use of refueling in the air.

Despite the serious budget situation for the US Department of Defense, the RQ-180 program takes precedence and moves without major financial cuts.

In September 2013, without calling directly RQ-180, the commander of the Battle aviation General Michael Hostage, Air Combat Command, said: “In ten years we have created the most incredible ISR capabilities and capabilities that anyone has ever seen ... We are now forced to build our capabilities (based on Reaper). I know that we cannot build our national strategy on them. ”

In late April, Iranian experts were able to decode the data from the US unmanned aerial vehicle RQ-170. According to some data, the drone was shot down on the territory of Iran in December last year as a result of a cyber attack by Iranian intelligence services. According to others, Iranian radio-electronic warfare "planted" RQ-170, using the Avtobaz complex, supplied to Iran by Russia.

US President Barack Obama asked the Iranian authorities to return the RQ-170, but Iran refused the request.

Ctrl Enter
Noticed oshЫbku Highlight text and press. Ctrl + Enter
We are
Lockheed Martin is preparing a revolution in energy. Russia does not believe in itAviation Week & Space Technology: future bombers are being created in China and Russia
5 comments
Information
Dear reader, to leave comments on the publication, you must to register.